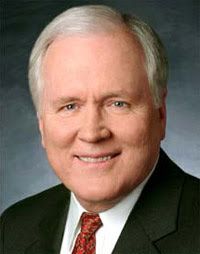 Edward M. Liddy, CEO of American International Group
You people have no idea. They don't have schools for this sort of job. You can't get an Associates degree in managing a huge fuckoff company like this.


I tell you what, I will make you a deal. You don't try to tell me how to run my global multi-billion dollar business and I won't come into Walmart and stand over your shoulder telling you how to ring up cheese sauce and bibs for cow-eyed mouth-breathers. Sound good? Sound fair?

Jesus Christ. You fucking fat cat taxpayers get one taste of socialism and suddenly you think that gives you the right to tell a man how to run his business. Do you have any idea how many employees I have here? More than you have in the Sam's Club photo center. Who even uses film anymore? I guess the same sort of doughy rubes that buy 440 rolls of toilet paper at once.

Ha! I have this image in my head of you stupid fucks sitting on your couches, muffiny rolls of overflowing lard peaking out from your too-small shirts, watching Kudlow & Cramer and trying to decipher what exactly the fuck a credit default swap is. I'll make it easy for you: it's awesome. It rules. Everyone makes money on nothing. No building or manufacturing, just ingenious motherfuckers making money on ideas. Like Las Vegas or the Virginia lecture circuit.

Now go back to your play pen, little babies, and let the grownups run this shit.

For fuck's sake. I turn around for five minutes and I come back and you little shits are complaining about our annual Sales Force Five-Day Brunch or the Status of Expenditures Conference at the Four Seasons. We plan this shit years in advance. We have to rent tents in case it rains and hire masseuses. We are trickling down the wealth!

The lobsters are for earners. Top earners. This is how we motivate people. Did you ever stop and use that little wrinkled pea you call a brain to think that maybe, just maybe, we got the $500,000 for the Maui Fiscal Planning Retreat from somewhere other than 50-billion-dollar government loans? 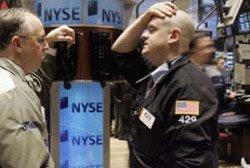 Oh, and by the way, loans is the fucking operative word. L-O-A-N-S. When you get a loan for a house does the bank come in and tell you that you shouldn't be ordering a pizza while you still owe it for the mortgage? When your buddy loans you money does he get mad if he sees you going to whatever it is you peasants do for amusement?

You probably owe Chase Visa 2500 dollars for medical bills you put on your credit card and yet your gelatinous wife continues to gurgle and spew out litters of glistening welfare babies onto the floor of your barren larder. Does J.P. Morgan Chase or the government cheese monger demand the perfectly legitimate suctioning and disposal of your miserable brood?

You are loathsome creatures.

When the government first approached us with a loan offer I said, "No, thank you!" After all, markets only function if they are truly free. This neo-socialism being peddled by the nanny state is repellent. The anathema to all I stand for as a chief executive.

But then they said, "You're too big to fail." 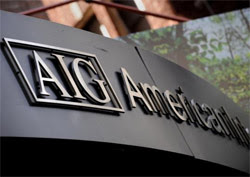 I wanted to fail. Believe me. I wanted AIG to crater into the fiduciary pavement, like one of your wretched kin diving from a bridge upon hearing of the dissolution of his pension fund. We would show the world. They would feel what it was like without AIG to kick around.

But you and your socialist friends forced money on us. You pried stocks from our hands and demanded we limit ourselves to 14-figure executive compensation packages. You did this. Not us. It's what you wanted. So don't come waddling out of your lairs now and blame us for trying to conduct sensible business.

Just keep your useless opinions to yourself. And if you must open that belching sphincter you call a mouth at least recognize that we are called American International Group. I am not sure who or what American Insurance Group is, but I can guess that it sells private insurance for the sort of electric conveyor designed to haul around your invalid corpulence. The perfect solution in the event that your grotesque mass overcomes the braking mechanism and you slew into a display of larded hog heads at your local meatery.

Oh, and by the by, if you could leave the next 40 billion dollars in shrink-wrapped pallets of 100s outside my office door, it would be appreciated. I have to hurry to my G5 if I'm going to make it to the Shareholder's Conference in Amsterdam. I've got a cocaine pile to hoover up from an Eastern European lingerie model's taint. Perfectly vital to our business.