A DUI To Remember

A DUI To Remember 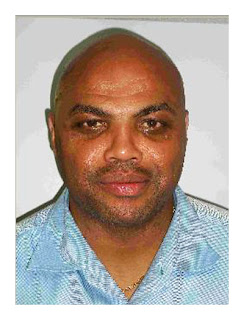 In case you can't read the police report, here it is. You have to see it.

Following the blood test I asked Mr. Barkley the series of questions listed in the DUI interview paperwork. He answered each of them. When I asked the question. "Where were you going?" He told me that he ran the stop sign because he was in a hurry to pick up a girl I saw get in the get in the passenger seat. He asked me to admit that she was "Hot." He asked me, "You want the truth?" when I told him I did he said, "I was gonna drive around the corner and get a blow job." He then explained that she had given him a "blow job" one week earlier and said it was the best one he had ever had in his life.

While being processed he told a civilian PD employee, "I'll tattoo my name on your ass" if it would get him out of the DUI. He laughed and the quickly corrected himseld and said. "I'll tattoo your name on MY ass" and laughed again.

Throughout the course of my contact with Mr. Barkley he was cordial and respectful. He asked to use the phone to call home and I told him he could. His phone was in his possession the entire time and he didn not request to use the phone for any other purpose. Officer Bukowski contacted me at the command post and told me he found a handgun in the vehicle. I instructed him to impound it for safekeeping. I told Mr. Barkley that it was being impounded and instructed him how to rettrieve it. The majority of my roadside contact with Mr. Barkley was recorded on a digital audio recorder. A copy of the recording will be impunded into evidence.

That's some classic stuff. I mean, who could resist getting his named tattooed on your ass by getting him out of the jam. Ha! I asked how much he had and he said "A couple. I could give you a bullshit answer but I didn't." Never change, Chuck. Never change.

I just wanna know who this is that gave NBA Hall of Famer Charles Barkley the best blow job of his life. That's fucking impressive. I bet you're asking yourself "Didn't he fight Godzilla for not sucking his dick?"

One would think that his run for Governor is doomed now, but then I recall our current elected officials and how corrupt and tainted they are. A DUI would be tame considering their actions. Hell, your current President is a twelve stepper after all. It's pretty clear from the situation that Charles Barkley is a friendly drunk and that's something I like in my politicians.

And what was he breathing? .08? That's BULLSHIT. You could perform mothafuckin brain surgery at .08, I bet his vertical jump isn't even phased at that point. That's bullshit. If it is .08 and it's Charles Barkley, you let him go. You let him go. I'm sure he was at least double the legal limit golfing.


So he's driving drunk on the road. What are you? Some Mother against drunk driving? Pfft. This is no different than basketball. When Barkley enters the lane, you exit.

So there we have it folks. What a way to start out the new year!