No Sweet Home In Chicago For The Olympics

No Sweet Home In Chicago For The Olympics

The news broke yesterday that Chicago would not only NOT host the 2016 Olympics, but that they were eliminated in the first round of voting. Even with Obama going over there and pitching for the city. Let's see how it looked at the International Olympic committee

Oh boo! And here I thought Chicago was a sure shot in winning this. Now it seems that Chicago will miss out on all the joy and beauty of struggling to pay for all the new facilities the Olympics would have made them build. Even if it means destroying Chicago's economy in the process.

A lot of attention has been paid on the media coverage of local crimes in Chicago. From kids beating other kids to the typical every day Chicago corruption, how is any of this stuff news worthy? I do hate that they are painting the picture that in Chicago everyone gets beat by 2x4's but Rio is all about beaches and consensual sex. 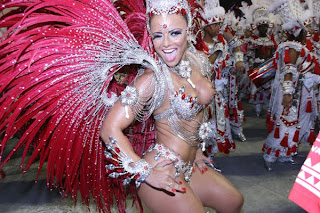 Rio winning is a human rights travesty. It's like throwing the 1840 Olympics in Atlanta.. or holding an Olympic event in Nazi Germany... Oh wait. It's going to be a real shock to Brazilian society when they start displacing their poor for this. For 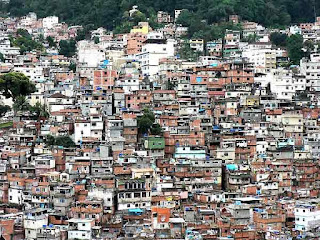 Looking to the past Olympic games, they've displaced more than 2 million people in the past twenty years. 1.5 were evicted during Beijing. 3,000 Roma for the Athens Olympics. About 30,000 low income people of Atlanta, Georgia were affected as well. What will happen to all those shanty towns?

2,000 housing units were destroyed, leaving 6, 000 residents without homes. Additionally, 9,000 homeless folks were given citations and removed. Finally, 720,000 people, mostly the poor, were displaced during the Seoul, South Korea Olympics. Many would say that removing homeless people, beggars and the poor would be a great clean up effort, but obviously humans should not be treated like cockroaches. 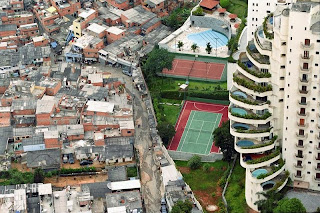 The Olympics are notorious for going over budget. London's going to cost three times as much as originally expected. Who suffers then? Then there's the Olympic village. For London, they have no idea what they'll do with the 1.1 billion dollar Village. It's a sad fact that most of the Olympic venues fall into disuse and disrepair pretty quickly. Even the much-fapped-over Birds Nest Stadium has hardly been used since last summer's Olympics.

Chicago is already $500 million in the hole for this year, I just think it would have been a huge drain on city resources for not all that much of a benefit. I'm sure the art of the deep dish pizza will be lost on all those out of towners. Now we'll be able to see Charo and Sepultura handle the opening ceremony. 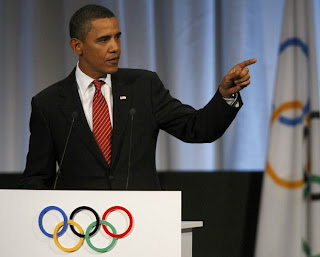 The problem now is we're going to get a few weeks of bleating about Obama's failure to bring home the games rather than years and years of mudslinging about how corrupt the Chicago games will be. The never ending amount of corruption talk and how much Obama is personally involved in lining the pockets of Delay with hundreds of instances of bribery, kickbacks, etc that would result alone sounds like a reason not to hold them in Chicago.

The Olympic games are basically a chance for the elite to show off and spend taxpayer money on their own pet projects that marginally improve the quality of life.. if by anyway of the host country. While this isn't evident in well developed countries, think of the old neighborhoods that got torn down to play host to the Beijing Olympics. 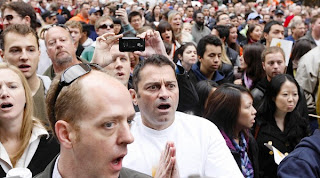 Don't be too sad Chicago, I'll be visiting in the next few months

How about those Chinese store fronts and restaurants that were complaining that the Beijing Olympics didn't increase their businesses because the threat of leaving the Olympic village wasn't worth it. With Rio being as fucked up as it is, do you honestly think any of those local businesses will see anyone come out of the compound Olympic village?

From what I can tell the best, if not only, reason to have the Olympics in a city is to improve the international reputation of the host country. It seems like large cities in countries that are already major global players don't benefit economically and just wind up having brand-new billion dollar buildings going mostly unused.

This is exactly why "new" powers like China, Putin's Russia and now Brazil are willing to fuck their relatively poor people in the ass--they are insecure and need the validation of the world to make them feel like big boys. A place like Rio, a tourist attraction in its own right, wont get a major boost. Not to mention that it'll suffer some because they already have to deal with working with the world cup in 2014.

But hey, if you need some primer to get you to know a bit more about Rio, let Disney be your guide: