Holy Shit! It's only a day before Halloween, what ever will you choose to wear as your last minute Halloween costume? Oh man. At times like this you may just pick the closest thing to you that you can find at the costume shop but be warned that there's some seriously bad costumes out there and you'd rather not be wearing.

So now you only have a day to make your choice on what will be the most offensive Halloween costume you could possibly make to go to your party and be topical. I get how it is now. Can't say I blame you. With your lack of personality, it only makes sense you'll need a clutch like that. So I'm not going to be a hater, allow me to indulge you with some more ideas in your search for the most utterly tasteless Halloween costume possible.

This combination of shirt and mask may not do you any favors in picking up those liberal chicks at the party... 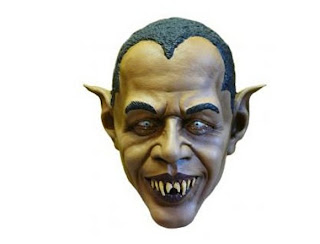 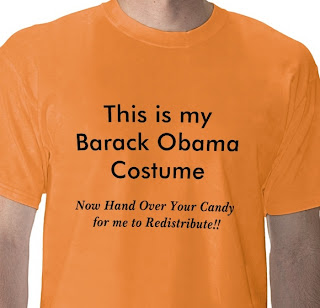 Someone should let Fox News know that redistribution of candy is socialism training and we should banish this socialist tradition once and for all.

Only in the first world would it become a yearly tradition to place perfectly good food on the doorstep to rot. Don't you know how many pumpkin pies that could have made?

You could always go as Joe Kieberman. All you have to do is wear whatever you want, and then go to the wrong party. Oh, don't worry I'll be making a lot more stupid suggestions like that later in this blog. You may even think one is witty!

But to really be offensive you shouldn't have any limits. In that, you shouldn't just limit it to your costume being offensive, stretch it out to dressing up your kids! 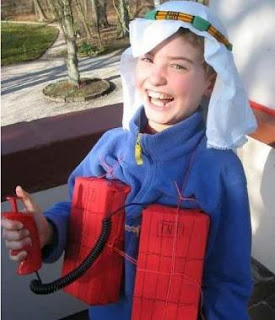 Having problems finding a buddy to dress up with? Try craigslist!

Hello. I'm a huge starwars fan and I've always loved the scene in Empire Strikes Back where chewbacca has to carry a half reconstructed C3P0 because his lower body hasn't been reattached yet. for Halloween i would love to dress up like this i'm strong enough to support and carry you around on my back and big enough to pull off a good chewbacca. So basically I'm looking for a double amputee.. . someone who has had both their legs removed (hopefully at the hip) to accompany me as C3P0 for the evening. we should meet ahead of time to workout the backpack system. there are a few parties that i'd like to hit and i think we'd be the the hit of any event anyone up for this?

Sometimes the most offensive you can get is something you should never forget.. 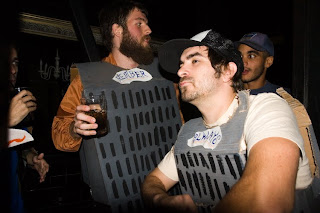 At least it'll look accurate when they're hunched over puking. But hey, I find those less offensive than the next piece, which is a description of a costume;

You'll sell more cookies than anyone else in your troop when you're wearing the sexy Girl Scout costume. A revealing tie-front midriff top has yellow trim and a matching sash with "merit" badges touting your many skills. A short plaid miniskirt with yellow suspenders and white leg warmers with plaid ribbon detail make you one tasty Brownie. 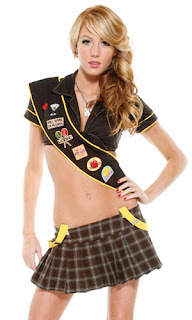 (note, Brownie scouts are girls in the 2nd and 3rd grade)

Then again, I'm sure there's a lot of Pedo's out there that will gladly hit the girls who dress like hot little school girls. I mean, it's not like they're

This one was pulled from Target shelves because it was deemed "offensive". It should be deemed nonsense because it doesn't make any sense at all. Why does he have to wear the illegal alien prison wear if he's holding a green card? Come on, costume companies, get your shit together.

Halloween pisses off the worst Christians, so perhaps that alone makes it a great holiday. But what's a great holiday if you don't dress the part? I seriously wont give you great ideas. At best, I'll give you lame jokes on what you should dress ass. And really, what more did you expect from this blog?

Halloween is fun, to boot, mainly because it's scaryslutty

My first option was to go dressed up as AYN RAND as a costume and whatever party I end up going to I would just start charging people at the keg until some fascist thug (the host) tells me I can't, then I'm going to complain about it.

You should go as a UFC fan and just throw on a cheap TAPOUT shirt and yell at everyone. 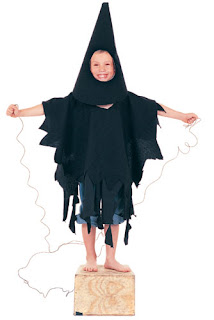 If you're in the mid west, you should definitely go as a Gay, Black Jesus.

If you're in Silverlake, don't go as Max from Where The Wild Things Are. It's going to be like going as the Joker last year. Every hipster is going to be wearing that same shit.

Political satire is always "in"... B-rock, the rock, ready to pop and lock Obama. The costume would need some fake gold chains.

Go as te old testament Abraham, just go run around in a robe and beard stabbing all the kids you see until god tells you to stop. 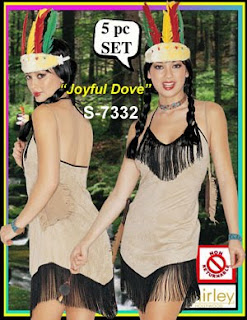 If you're a girl, this is an easy one. It doesn't matter as long as there's mad leg and midriff.

You can go as the LAPD and chase your black friends around while ignoring your white roommate stealing shit from whatever party you're at. 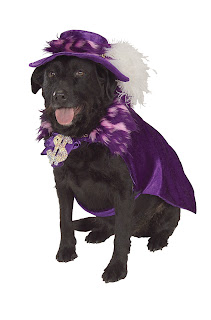 Go as a homeless man and beg for change door to door. Either that or a Mormon/JW and spread pamphlets.

Go as Twitter. It's not really a costume, just go around shouting out whatever you're doing in really short sentences every five minutes or so. 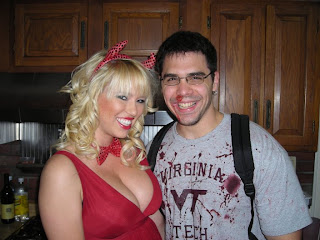 Silly person. Doesn't she know that the devil isn't that edgy anymore?

Wear an Ed Hurly Jacket and when people ask what you're dressed as, say "An Asshole."

Basically all you have to do to have a really douche bag costume is wear this outfit from the following video and you'll go as "The biggest asshole imaginable."

You should dress up as "Gay Rights" and then not show up.

Go dressed as a pumpkin and hand out heroin to kids. You can call yourself the Smack-0-Lantern. 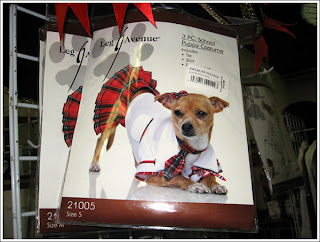 But if you're wondering what the worse possible Halloween costume you could wear is, I just found it right here.

Better yet, I'm gonna stay home and drink until something bad happens.
Posted by Booster Gold / Javier J. at 11:57 AM