In Which The President Finds His Inner Diva

In Which The President Finds His Inner Diva

You know how the President's views on gay marriage have been, for the last three years, "evolving"? Well, it looks like the pokemon that is his inner sanity has finally come out to its final evolution state: Acceptance.

President Obama today announced that he now supports same-sex marriage, reversing his longstanding opposition amid growing pressure from the Democratic base and even his own vice president.

In an interview with ABC News’ Robin Roberts, the president described his thought process as an “evolution” that led him to this decision, based on conversations with his staff members, openly gay and lesbian service members, and his wife and daughters.

“I have to tell you that over the course of several years as I have talked to friends and family and neighbors, when I think about members of my own staff who are in incredibly committed monogamous relationships, same-sex relationships, who are raising kids together; when I think about those soldiers or airmen or marines or sailors who are out there fighting on my behalf and yet feel constrained, even now that ‘don’t ask, don’t tell’ is gone, because they are not able to commit themselves in a marriage, at a certain point I’ve just concluded that for me personally it is important for me to go ahead and affirm that I think same sex couples should be able to get married,” Obama told Roberts in an interview to appear on ABC’s “Good Morning America” Thursday. 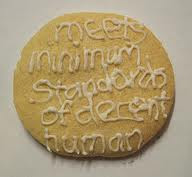 Or wait, I'm pretty sure he should at least stop killing people before we give him this particular cookie.

The question you should ask is if any of this will change anything that happened in NC the other day? The answer is NO! So this coming out by Obama is as useful as him wishing you a good day then. Then again, admittedly, I find that better than the "fuck you" he was previously wishing daily. 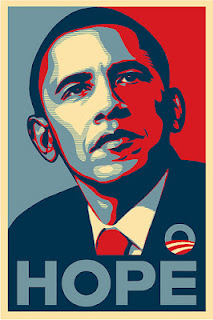 But hey, this is it, folks. He's finally cashing in his political capital to state an opinion. He's truly doing it! Hope 2012. Obama! OBAMA! He favors marriage equality now just like he favored single-payer health care in 2008. He gives hope and then changes again so that the same refurbished and somewhat aged hope can make the rounds for yet another election year.

Speaking of which, how fortunate that his views on civil rights managed to "evolve" just in time for the presidential elections. O' Lord Of Change of Tzeentch, chaos god of hope, change and progress. The symbols is a tzeentchiite mark of chaos but fits oddly well. 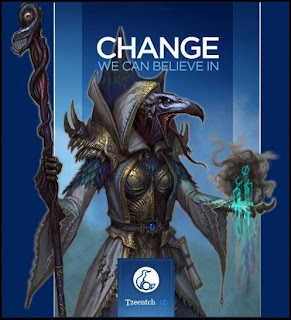 He should probably think about actually trying to get DOMA repealed if his position has actually changed and this isn't empty rhetroic. But hey, I'm sure Obama will make good on all those promises. "That executive order to end DOMA should come any day now, I swear I put it in the mail last week."

He's pretty much said "My position hasn't changed but please pay attention to and vote for me and also give me your money, gay people"
-President Nobel Peace Prize Winner Barack H. Obama.

You know, I got better names for him. how about His Majesty The President, Lord Protector of the United States, Nobel Peace Prize Winner B-rock "The Islamic Shock" Hussein Superallah Obama.

It's funny because if not for George Washington, we would be calling him His Majesty right now.

What also makes you think is that the Log Cabin Republicans' R. Clarke Cooper was pretty quick to attempt to discredit Obama's announcement, calling it "Cold comfort" and "offensive and callous" in the wake of the defeat in North Carolina yesterday.
“This administration has manipulated LGBT families for political gain as much as anybody, and after his campaign’s ridiculous contortions to deny support for marriage equality this week he does not deserve praise for an announcement that comes a day late and a dollar short,” Cooper said.

He got completely owned by the log cabin republicans of all people. Fucking hell. But it's true. It's hard to minimize his support when his support consists entirely of saying he supports it in an interview once.

That's the real route of the problem here. That "I think the states should decide" is pretty much always code for being a spineless milquetoast on an issue. Allowing it to regress at best and helping it regress is even worse.

Just imagine Lincoln talking about slavery in such a manner;

"Yeah gosh now I've thought about it slavery really is unfair. States' Rights tho" ~Abe Lincoln surfs out of the debating chamber on a tide of campaign donations

I simply look forward to this sincere opinion being reflected in federal policy much like Obama stated opposition to federal raids on state medical marijuana facilities informed the actions of the DEA and DOJ under his control.

In short - Fuck Obama. God damn, I just find it harder and harder to justify my vote for the man..
Posted by Booster Gold / Javier J. at 11:41 AM