May Day, May Day

Every true Proletariat grab your pole and red flag, as it's May day. While Americans have tried to cover up this day with various celebrations of their own- be it the death of Osama last year and even going as far back as declaring it the official victory day of the cold war. Let's not forget the true meaning of May Day, my fellow comrades.

May day is celebrated by workers around the world as an expression of their international solidarity and political aspirations toward freedom. It's also the anniversary of the Haymarket massacre. Which was when a law was passed making it that an eight hour workday would be the max people could work in the U.S. Owners refused and the workers took to the streets. Riots insued ending with Chicago police opening fire and killing six workers. 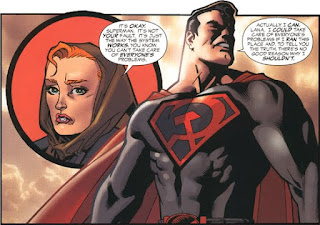 In Downtown Los Angeles today, you're probably better off just not going to downtown L.A.

We are expecting numerous demonstrations throughout the Greater Los Angeles area starting at 7 am and culminating and concluding in Downtown LA between 12 noon and 11 pm on Tuesday May 1st.

Multiple City, County, State and Federal agencies will be deployed to deter any criminal activity associated with the demonstrations.

We recommend that anyone working in the Downtown Los Angeles area consider telecommuting Tuesday May 1st or consider leaving the Downtown LA area before 12 noon that day.

For Building Managers and Owners we recommend that by 1 pm any outdoor plaza furniture (including removable trash cans) be removed and stored in a secure location or the furniture be secured in a fashion that it cannot be picked up and tossed in the event some of the demonstrators attempt to do so. We have also attached a copy of the Los Angeles City trespass arrest authorization form to have signed by a senior member of your building management staff in the event law enforcement needs to arrest anyone attempting to trespass on your buildings private property. We suggest you discuss this with your organizations legal counsel.

Early estimates for the number of demonstrators is 10,000+

Traffic in the Downtown area is expected to gridlock from Figueroa to Alameda and Cesar Chavez to the 10 Fwy from 1 pm to 11 pm as many of the demonstrators will be attempting to enter and leave the area from multiple directions."

So yeah, unless you want to take part of the festivities. But given L.A.'s track record for how they handle crowds during protest, you're better off not going there today. Just saying.

Anyhow, it's all about the labor movement. Even pilots are joining in as these F-22 flyboys are flat out refusing to go up in the air as the plane literally has been suffocating them to death.

US fighter pilots have asked not to fly the military's 190 F-22 Raptors because of oxygen problems with the $143million (£88m) stealth fighter, an Air Force leader has revealed.

Gen. Mike Hostage, commander of Air Combat Command at Langley Air Force Base in Hampton, Virginia, told reporters that a 'very small' number of pilots have asked not to fly the fifth-generation fighter jets or to be reassigned.

'Obviously it's a very sensitive thing because we are trying to ensure that the community fully understands all that we're doing to try to get to a solution,' Hostage said.

He would not provide exact figures on the number of pilots who have asked not to fly the jets and said each pilot's request would be handled individually.
Air Force officials insist the airplane is safe to fly - Hostage noted that he'll fly soon because he won't ask a pilot to do something that he will not.

'I'm going to check out and fly the airplane so I can understand exactly what it is they're dealing with.

'The day we figure out what the problem is I will stop flying (the plane) because we don't have enough sorties for all of our combat aviators to get as much training as they need,' he said.

The nation's F-22 fighter jets were grounded for four months last year after pilots complained of experiencing a lack of oxygen that can cause dizziness and blackouts.
Air Force officials said they have taken steps against the problem, but still haven't pinpointed what's causing the hypoxia - when the body doesn't receive enough oxygen.

An Air Force panel is meeting weekly to investigate the problem and has enlisted the help of NASA and the Navy to learn more about what happens to the body under extreme conditions.

Hostage spoke during a media day event at the base, highlighting the nation's most advanced fighter plane.

After being introduced in 2005, the last of nearly 190 jets are scheduled to be delivered to the Air Force this week.

At a price tag of $143 million each, the Raptor has come under some criticism for not being used in place of older and less-sophisticated jets in Iraq or Afghanistan.
Hostage said the plane is critical to maintaining the nation's air superiority in the future and that he wishes he had more of the jets at his disposal.

On Monday, Iran's defense minister said that reports of the stealth fighter jet being deployed to the United Arab Emirates would damage regional security, the semiofficial ISNA news agency reported.

Without saying which country in the region the F-22s were deployed to - or which base or bases they were deployed from - Hostage said there's a reason other nations take note of the plane's movements.

'People pay attention to where this airplane goes and what it does because, regardless of the furore in our press and public about the suitability or the safety of the airplane, they're very worried about its capability.' he said.

Or maybe the logical conclusion behind military hardware is simple - everyone will die from it. Though perhaps in this case it's actually their conscience that is hindering them from jumping into that kill plane that will blow up random hajii towelheads..
Posted by Booster Gold / Javier J. at 9:50 AM