The Buzz With Google

The Buzz With Google Gets Fizzled

I don't really give a shit about internet fads. Yes, I have facebook. I used to post these blogs on a myspace account and I do have a twitter that I no longer ever even use unironically. But to be perfectly honest, I think all these services are a little silly and that's why I've ignored Google Buzz until today when every NPR show has mentioned at least once the MASSIVELY stupid privacy problems inherent with Google Buzz.

For those of you who are just tuning in, here's what Google did;

The end product is that Google has made all the contents of people's address books public. You've been communicating with potential new employers without telling your current boss? They're all in your public network. You have been in touch with your ex without telling your current significant other? Whoops! You're a psychiatrist who makes appointments via email? Hello public list of clients! You see where I'm going with this.

Seriously, what the fucking shit, Google. How is it remotely possible that people approved these steps? Yeah, sure. It'll probably get fixed soon. And I'm sure the problem really is mute consider nobody uses buzz anyway. So the problem really didn't exist in the first place but how could you fuck up this badly?

I have people I haven't talked to in like forever. Years at least. And they're showing up in my Google Buzz with confused messages like "Who are all you people?". I thought one night stands or random hook ups weren't suppose to ever catch up on you. Whoops!

It's pretty basic. I honestly don't want everyone who I ever had an e-mail exchange with to be in my circle of friends. Nor do I care about those one time e-mail correspondence. You don't know how many E-bay people suddenly popped up that I have no connection with other than that one transaction.

I had a tense interaction with this one asshole via e-mail a couple of years ago over some annoying business. I hate this guy, he ripped me off massively. And now Google is alerting me to whether or not he's online and updating me with his latest shouts. You know, just in case I want to chat.. 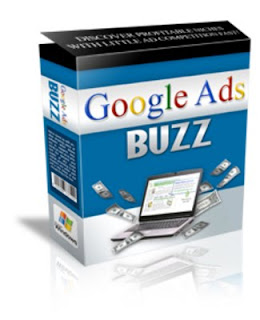 Google has seriously been losing more of its luster every time it expands. Soon it will be like all the other companies. Remember when AOL was in just about every home? Ha. Those were the days. I guess the real problem isn't people using Buzz, the problem is people NOT using Buzz. Not managing their privacy settings, and employers or other sneaky peeps using Buzz to spy on people. Oh god, my boss knows I've been talking to hookers! What ever will I do?

Then again, the fix was to all this was to make the "make my network private" button easier to find while still leaving it as opt-out. But seriously, both WAVE and BUZZ are just ajax pissing contest against an imaginary opponent. Who are you really trying to one up, Google? And can I talk about the name? Google Buzz?!?! Who are the ad wizards who came up with that?! 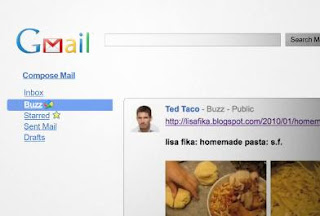 But besides the name being stupid, what's the worse that can happen with this clear security screw up? It's not like someone can get hurt or is at real risk right? Oh wait...

Nevertheless, I am extremely concerned about hundreds of activists in authoritarian countries who would never want to reveal a list of their interlocutors to the outside world. Why so much secrecy? Simply because many of their contacts are other activists and often even various "democracy promoters" from Western governments and foundations. Many of those contacts would now inadvertently be made public.

If I were working for the Iranian or the Chinese government, I would immediately dispatch my Internet geek squads to check on Google Buzz accounts for political activists and see if they have any connections that were previously unknown to the government. They can then spend months on end drawing complex social circles on the shiny blackboards inside secret police headquarters.

But potential risk from disclosing such data extends far beyond just supplying authoritarian governments with better and more actionable intelligence. For example, most governments probably already suspect that some of their ardent opponents are connected to Western organizations but may lack the evidence to act on those suspicions. Now, thanks to Google's desire to make an extra buck off our data, they would finally have the ultimate proof they needed (if you think that this is unrealistic, consider this: the Iranian authorities have once used membership in an academic mailing list run out of Columbia as evidence of spying for the West).

Well crap. Guess this will lead to a lot more arrest. Whooops! 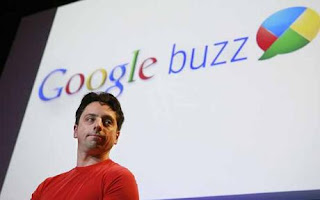 It's not like we're any safer. Their recent partnership with NSA does not make Google look any more trustworthy; Chris Soghoian, an expert on information security, made a hilarious point on Twitter: "How do I sign up for the Iranian government's new email service? At least they are not in bed with NSA."

Now that I think about it, Face Book sure doesn't look all that insecure in retrospect, now does it? How about the very basics like allowing your abuser basic information about yourself? Much like this lady who's google buzz tells her abusive ex husband her personal details.. Hopefully google buzz can grow its user base as fast as the bruises on that woman's face once her ex gets his hands back on her.

While Facebook may not support good blogging practices like Buzz does with its instant sort of message board style, it's a real convenient method to share a link. Besides that, I like the limit of control that I have over who I am socially connected to online and who can see my personal information. Even if only a portion of the social network I have right now decided to use Buzz in its current form right now, it would become instantly unreadable. 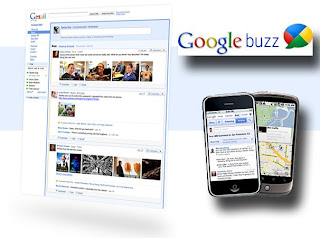 We already have reader for sharing shit on the net, a million platforms for legitimate blogging, and facebook for self-selected social networks of girls you'll never fuck. Buzz doesn't add a thing and is very impractical as it is.

Most of all, if Google Buzz is so cool, why does it have such a stupid fucking name? It sounds like a rushed, derivative product that sounds like its supposed to be hip. What's the Buzz around town? Google Buzz. Tell yo Grandma, Homie!
Posted by Booster Gold / Javier J. at 10:17 AM