Whenever I think of chips I generally think of Doritos because those are one of my weaknesses. If I have just one nacho cheese Doritos chip I'll finish the god damn bag. So I try not to have them all that often. I really shouldn't eat those while I attempt to lose weight, like the rest of the country does leading into Summer.

That's why when I think of a healthy alternative to chips, I think Sun Chips. How could you not look at them and think that they are the healthier option. They must really be good with their marketing department. Now I guess I could add one more reason why I would buy Sun Chips when I'm at the market and the option of chips comes up.. Because they're good for the environment.

You see, Sun Chips now come in a nice compost friendly bag. It's a new packaging that allows them to just melt into the environment. Here, check out the ad for it;


Pretty neat idea, don't you think? Now when I go on a picnic I can feel even more connected to the environment by at least not having something that will ruin the area I'm enjoying. Though there's no promises that it wont ruin my body. They may be the healthier alternative, but they're still unneeded fat causing devices.

But it's nice to see this sort of responsibility from a company. It's nice to think that junk food isn't unhealthy for everything that it touches. These bags will break down and not be a complete mess in the ground. Though I have one major complaint about them. That is that they're extremely loud.


Yes, these are extremely loud. I mean, really, really loud. Just touching them at the market should give you the tip off that they are when the people in the next isle over are trying to figure out what all that crumpling sound is.

I'm not even joking, these bags are really super loud. Which is sort of a reason why I don't think I would like to buy them for every instance. I sort of want to be able to hear the other person I'm talking to at a picnic instead of hearing the crumbling and fumbling of the bag of chips. Not to mention movie theaters. How the hell am I suppose to sneak this into a screening of something to avoid buying overprice shit at the concession stand if every inch they move gives their sneaky spot away? 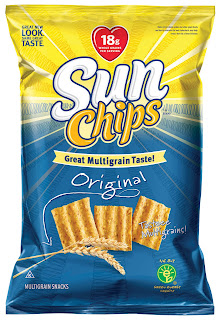 Someone should have thought of these negative factors before they just ran off with the idea that the plastic breaks down easily. It seems like one of those mistakes like dropping peanut butter in chocolate and coming up with an amazing combination. What's the good of chips if you can't really carry them around without causing such a loud sound? It may not be pollution in the form of plastic on the ground, but what you are doing is causing noise pollution of the worse kind with these chips.

But it does raise a good question. Isn't the fact that you're advertising these bags as completely compostible actually encouraging people to just litter? I mean, yeah, under the correct compost preparation they will break down and not be totally destroy the are you dump your trash in, but how many people actually have compost heaps? 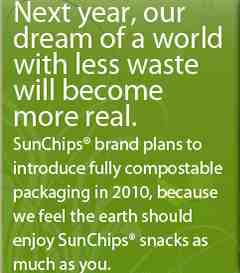 The real thing they should be advertising is how long it will take to break down in an actual real world situation, like say, in your regular local dump. I think we shouldn't be letting people in on the fact that something can break down so easily. They'll think they're already doing enough and not go that extra step and make sure that they really are doing all they can do.

It's easy to see in this study on what happens when you allow people to think they are already doing enough for the environment.

PRINCETON, NJ -- Americans are less worried about each of eight specific environmental problems than they were a year ago, and on all but global warming and maintenance of the nation's fresh water supply, concern is the lowest Gallup has measured. Americans worry most about drinking-water pollution and least about global warming.

Over time, Americans' concerns about environmental problems have generally declined. After this year's drop, for six of the eight items, the percentage who worry "a great deal" is at the lowest point Gallup has measured, which in some cases dates to 1989. The two exceptions are global warming (low point was 24% in 1997) and maintenance of the nation's fresh water supply for household needs (35% in 2001).

One major reason Americans may be less worried about environmental problems is that they perceive environmental conditions in the United States to be improving.

The decline in worry over time has been rather dramatic for some of these threats. For example, in 1989, 72% of Americans said they worried a great deal about pollution of rivers, lakes, and reservoirs. Worry about this environmental issue averaged 62% in the 1990s, 54% in the 2000s, and is 46% today

So it seems that when we do good for the environment, then we're less inclined to do any better because we're already doing something.. sadly that something is just not enough. It's a little sad to see that concern about climate change has gone up, but I think we'll gradually see that dropping away as politicians lose interest and the public returns to the serious issues.. like who is on the next season of Dancing with the Stars. 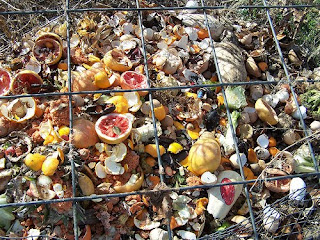 Hell, it's already proven that green products make us less kind to each other.

Do Green Products Make Us Better People?, a paper in the latest edition of the journal Psychological Science, argues that those who wear what the authors call the “halo of green consumerism” are less likely to be kind to others, and more likely to cheat and steal. Faced with various moral choices – whether to stick to the rules in games, for example, or to pay themselves an appropriate wage – the green participants behaved much worse in the experiments than their conventional counterparts. The short answer to the paper’s question, then, is: No. Greens are mean.

The authors, two Canadian psychologists, came up with an intriguing explanation for this. “Virtuous acts,” they write, “can license subsequent asocial and unethical behaviour.” It’s the yin-yang theory of psychology, or “compensatory ethics”, to give it its proper name
pdf here

Ha ha! We just can't win. No matter how far we try to run from it, the ugly truth is that human beings are just plain and simply awful people. Completely and utterly awful in every way possible. Let's just burn it all down till it's nothing but ashes and dust. Fuck this world, or at the very least fuck us! We can't live together. We're like a broken relationship where neither party wants to call it off and right now Earth is simply trying to turn off the gas and electric so that we'll die of global warming.

But hey, at least after we're all dead there wont be a single proof of Sunchips for the future advanced civilized creatures to dig up and wonder what exactly our diet consisted off. Fuck those future selves.
Posted by Booster Gold / Javier J. at 6:35 PM