The Oscars - Getting A Clooney

The Oscars - Getting A Clooney

Well it's upon us at last. The accumulation of a years worth of crappy films as well as the good ones come together to make driving in Hollywood a royal pain in the ass for the next few days. While I've already given you my picks a bit back, I'm willing to change my mind on the Best Actor category. What can I say, it's a tough choice. 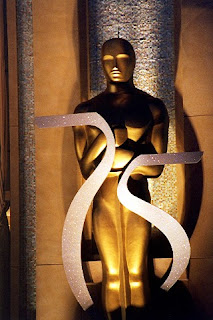 So where do we start? How about in the half good film. The Men Who Stare At Goats... yeah, it wasn't a terrible film. It was over all enjoyable though it was just missing that extra push to make it extra special. I mean, how could you mess up the premise of it? Strange government experiments for soldiers? Openly mocking private security firms in Iraq? I mean, it had it all! It even had Jeff Bridges as a military version of the dude.

Which is the main reason why I have to flip the coin on who wins Best Actor. Jeff Bridges and George Clooney were both in Men Who Stare at Goats.. but they both had their next film be amazingly good. Jeff Bridges did a great job in Crazy Heart and he's Kevin Flynn.. AND the Dude. Let's face it, Jeff Bridges is just about the most awesome actor possible and his characters have been a source of entertainment in my life for a long time now. So maybe I will go with Jeff Bridges for the Oscar gold..

Let's move on to The Fantastic Mr. Fox. Here's a few things you should know about the film; 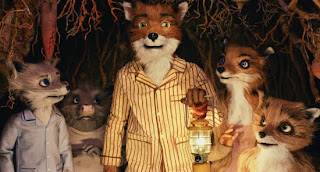 For all you naysayers thinking that Wes Anderson would screw it up or put his own twist on it.. Um, it's not proper Roald Dahl unless there's something vaguely unsettling about it. A dude wearing a fox's tail for a tie.. Totally unsettling enough.

Though I have to question the youth of today. It was a little strange that they mentioned that it was based on a book by saying "By the author of Charlie and the Chocolate Factory" rather than just saying Roald Dahl. I would have thought that Dahl would be well enough known to carry his own weight. 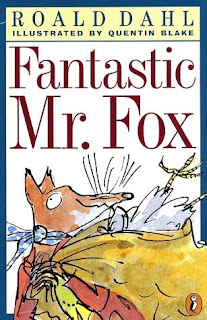 As for Wes Anderson, yeah, the Darjeeling Unlimited was a bit of a disappointment, but for the magic that is Tenenbaums and Life Aquatic, I think Wes can do 3 or 4 shit movies before he gets into Tim Burton territory.

The film carried a really cute look for itself and they nailed the old style stop motion look. It was very jagged and jumpy motion. While it's not as smooth as Caroline, kids loved it. When I went to see it the theater was jammed packed. Bill Murray's voice fit animals so well. From Garfield to this, I always laugh at Bill Murray being a demolitions expert. In short, Fantastic Mr. Fox was just utterly Fantastic.. 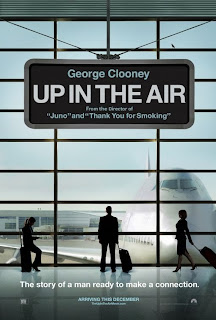 And finally we get to the one that tops my life of films of the year. With a year that had great films that I loved like 500 Days of Summer, Up, Away We Go, Coraline and the already mentioned Crazy Heart and Fantastic Mr. Fox what could be the best film for me in 2009? Up In The Air

There was many reasons why this film struck a nerve with me. Perhaps it was because of the isolation factor. I'm also not really all that close with my own sisters. One already had a failed marriage and the other is... well, she's like her in the sense that I wouldn't be surprised if she did ask to do some sort of cut out picture of themselves to get pictures taken in various locations. Yup.. she's strange like that. 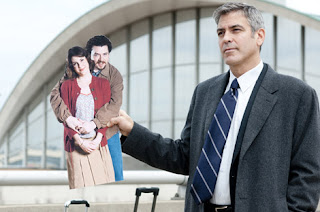 This aspect alone made me think about the film differently. Ryan Bingham is tasked by his sister to take cardboard cutouts of his sister and her future husband and take pictures with them all over the United States. Ryan thinks it's stupid because they aren't really there. I tend to agree with him but I have to say that Ryan wasn't really there either. He is a cardboard cutout himself. His whole life centers around fake "loyalty" to and from an airline, fake domesticity and hospitality by hotels, and being a fake employer firing real people. He doesn't even own real keys, he just has a fistful of identical plastic rectangles.

But hey, that's what happens when you throw yourself in your career. You're never really fully there and I could relate considering my line of work. Long hours. I mean, really long. You would think that being in a union would help with this sort of thing... but it doesn't. These long hours that I do work have been a torn to the side of my relationships. So like Ryan Bingham in the film, I felt that isolation. I was happy. Who wouldn't be. Working in "the industry" is a sort of life long goal for most in Los Angeles but it didn't come without some hang ups. 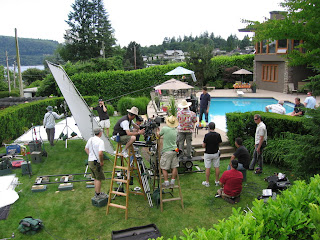 It killed so many relationships in the past that I was already giving up the notion of possibly ever entertaining the idea of having a serious relationship. That's where I not only related to the character but to the actor. You see, it goes beyond Ryan Bingham and reflects on George Clooney himself. He's embraced that mentality and for the very same reasons I was struggling with for a long while. The choice of work over domestic bliss. As you can read in this MSNBC article about George Clooney's view on women and children.

Famously marriage-phobic actor George Clooney has no regrets when it comes to his lack of a long-term relationships and kids. For him, it’s simply a choice of work over domestic bliss.

“I don’t expect to ever get married again or have children,” the “Ocean’s” star told Britain’s People. “I am never at home and every woman gets sick of it. … If I was them, I would never put up with me for long — and they don’t.”

That’s right, it’s the women who tend to leave the Hollywood hunk, not the other way around. Still, George places the blame firmly on his lifestyle.

“I do begin to wonder, ‘Am I going to be relegated to these three-year relationships for the rest of my life?’ My trouble is that I keep on taking jobs, and jobs take me further away from home,” George confessed. “What I really have is work. I like being on a film set, freezing my ass off, or whatever.”

An uncle, also named George, deserves some credit when it comes to the actor’s “no regrets” philosophy.

“I learned a lot about death from him,” George said. “People keep on asking me, ‘Don’t you want to have kids?’ I have not wanted to have kids. Then they say, ‘Aren’t you afraid of dying alone?’ But we all die alone. I remember Uncle George sitting in bed, 68 years old. He looked at me and said, ‘What a waste.’ … I came to the conclusion that I was not going to wake up one day in my 60s and say, ‘What a waste.’ I was going to grab as much out of this life as I could.”

So you see, it's the women who tend to leave him. Now I'm not calling myself a George Clooney, by any means, but I can really relate to what he is saying. When I was doing movie productions I would be gone for months at a time. This does not make for a good relationship. At least not a good normal one. 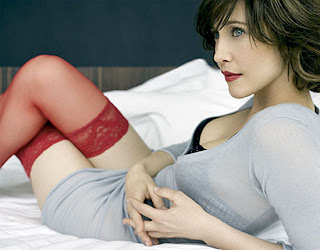 It got to the point that I was settling for just a mate. No... not like that. I mean it in the British sense. A good friend. Someone to go out and have adventures with. That didn't involve being romantically connected to. It's clear that booty calls just end up leading to hurt feelings and that's never good. Oddly enough, I ended up with a girlfriend who I care about a great deal.. and who actually is able to cope with my work load.

That was a big shocker to me. I mean, I didn't expect that to happen at all. And while I haven't been completely destroyed by work lately, I still find that I'm doing more production work than I think I should and somehow I'm not worried about losing this one because I'm trying to make as much money as possible for the future. 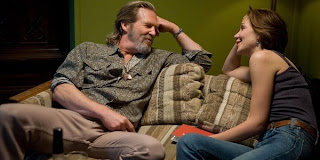 I also enjoyed the lack of a Hollywood ending in both films. Ryan begins to reevaluate his life, tries to make an immediate drastic change that blows up in his face, and then takes a more appropriate babystep; just get on a plane and goes. His future is *gasp* "Up in the air" and it's a refreshingly ambiguous way to end a film 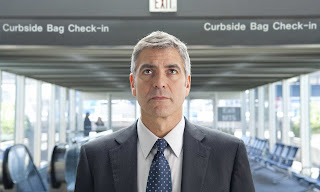 Crazy Heart, while the film has a lot of cliches, I mean a ton of them, it still takes the lack of Hollywood ending. Hell, it wasn't even going to make it to theaters but Fox searchlight picked it up when critics were going crazy over it. It took an aspect from The Wrestler and mixed it up with country music and instead of steel chairs, it's guitars instead and well, made a movie that has a great look and and even better story.

Both those films had one hell of a lead actor running the show. George Clooney made me feel like my past fears were justified and Jeff Bridges... well shoot. Jeff Bridges deserves this Oscar more than anything. Not only that but Disney could use his Oscar win as an ad tag line when Tron Legacy comes out in December. But still, why can't they both win for best actor? Such a toss up.

To close this Oscar coverage out.. here's The Dude abiding.