Penny For Your Thoughts?

Penny For Your Thoughts?

I used to think that phrase was so insulting. What do you mean a penny for my thoughts? How cheap do you think my thoughts would be. Some of my writings have been on TV. Yup, Television. If you haven't been on it, than you're no one. Pretty proud of being on it. It's reeeal cool. You mean to tell me that my TV approved ideas are only worth a penny? Have you've seen how much prime time television advertisement runs these days? Yeah, a little more than a penny my friends.

But still, this worthless coin

You may not be aware of this because only MSN is actually reporting this, but the Penny is going to go under a cosmetic change.

Those of you who still use the penny as currency (rather than as a screwdriver or for scratching off lottery tickets) may soon notice America’s 1-cent coin has gotten a facelift. The U.S. Mint has changed the design for the reverse -- or “tails” -- side of the 2010 Lincoln Cent, which entered circulation on Feb. 11 (everywhere but Puerto Rico, which received the new penny in late January). Michael White from the U.S. Mint says penny inventory is very high, however, so you may not see a new penny right away.

The U.S. Mint kicked off the release of the new penny during a ceremony at the Abraham Lincoln Presidential Library and Museum in Springfield, Ill. The design was chosen out of 18 candidates. Treasury Secretary Timothy Geithner made the final call.

The penny’s new reverse side features a union shield with 13 vertical stripes and a scroll draped across reading “One Cent.” (Check your nearest couch cushion and you’ll see the old penny portrays the Lincoln Memorial.) The Web site of the U.S. Mint explains that the stripes represent the 13 original states and the banner signifies “a single union in support of the federal government.” The new penny’s front face will continue to illustrate President Lincoln, designed by American sculptor Victor David Brenner back in 1909.

The 2010 penny follows the four different reverse designs, each one depicting a stage of Lincoln’s life, used on the 2009 Lincoln pennies. The special pennies were produced last year to commemorate the bicentennial of Lincoln’s birth and the 100th anniversary of the Lincoln Cent.

A penny for your thoughts
Not everyone is excited about the prospect of a new penny. Some would rather see the coin disappear altogether. The anti-penny group Citizens for Retiring the Penny explains on its Web site why it believes the penny is a waste of time and money.
The half penny was eliminated in 1858, when it was worth over 10 times what the penny is worth today. Assuming that the timing was correct before, this means that we should have eliminated the penny 50 years ago.

Some Americans won’t even accept the penny as currency. Alko Office Supply, owned by Gary Shows in downtown Berkeley, Calif., has a sign hanging over the cash register that reads, "We are a penny free store,” reports NPR.org in a story debating the worth of the penny.

Even President Obama seems to think the penny has overstayed its welcome. “We have been trying to eliminate the penny for quite some time -- it always comes back,” he said at a press conferience in 2008, according to a blog post on Politico.com. (Although in 2005 when Obama was a senator from Illinois, he co-sponsored the Abraham Lincoln Bicentennial One-Cent Coin Redesign Act, which required the new penny designs in 2009 and 2010.)

A penny actually costs more to make than it's worth. In 2009, the unit cost to produce the penny was 1.62 cents, according to the U.S. Mint.

Find a penny, pick it up
The penny still has many fans. Pro-penny group Americans for Common Cents "aims to inform and educate policymakers, consumers and the media about the penny’s economic, cultural and historical significance." The group also emphasizes the penny’s importance for charity through organizations such as Penny Lovers of America and Habitat for Humanity’s Parade of Pennies.

A poll conducted by Coinstar in 2006 found that only 27% of Americans want to get rid of the penny. Four out of five Americans will still pick up a penny on the ground.

First off, thank god the government is tackling the tough issues in this current economic crisis as well as a heated health care debate. Oh man. I know I'm sure going to miss that little Lincoln in the monument that you have to look really close for...

I wonder if the people who decided to name the group Americans for Common Cents feel that their name is clever enough to compensate for the fact that their group's purpose is to give a shit about pennies.

I bet they do. I know if I was in that group I would kill myself in realizing how useless the cause I'm fighting for actually is.

Wait, why the fuck is Captain America's shield on it? No one should be encouraged to use pennies. Why the fuck do we still have this shit and how is it that the vending machine lobby is so powerful it prevents us from having a real dollar coin?

It's old people. That's who.

What happened to the Sacagawea coins? They put the Indian on a coin that was nearly useless and that no one wanted. Sort of symbolic, wouldn't you say? I guess it wasn't white so no one cared. At least that's my guess. Back to the old people.. and collectors. They're the real reason why we don't have a usable dollar coin.

Everyone thought they were collector's item and hoarded them. I have the impression that old people saved them and gave them to their grandchildren because "Hold onto this, sonny. It's going to be really rare some day." All the coin collectors just grab them up and not use them at all. I know my friend's grandmother went to the bank and got $100 worth of those coins because they would be worth something one day!

Thought it's not limited to the coin, how many of you keep getting $2 dollar bills and they act as if they're giving you a copy of Detective Comics or Action Comics. Don't get me wrong. $2 bills are great for Vegas and tipping, but for anything else they're pretty useless.

Another mistake they made with the dollar coin is that they made a bad decision in making them roughly around the same size as quarters. Sure they have a smooth-edge and are bright gold. This automatically makes the cashier do a double take on if you're trying to rip them off when you give them these.

Perhaps it's that the government is dumb when it comes to releasing dollar coins. They produce a few and everyone collects them as a novelty. The government sees that no one is using them and cuts production, when what they need to do is to keep minting them until they lose their novelty and people start treating them like regular money. But no, instead the government release a series where they have different presidents on them, which just encourages people to collect more. 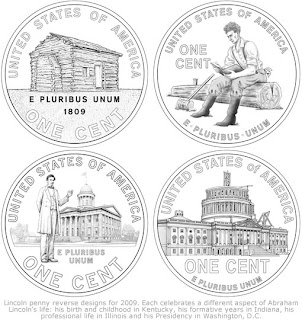 Do we really need FIVE new designs in two years for the most useless coin we have? I look forward to throwing this penny in the trash like I do with all the others. I say death to the penny. Bring back the Kennedy half dollar.

Pennies are just shit. Americans need to get and use dollar coins like every other goddamn country instead of making a few and then having people look at you like it's a goddamn 1000 yen bill or something you try to buy shit with it.

When I told my girlfriend about this new penny she was curious as to why they would do this. And she also was surprised to hear that they still make $2 bills. But it's true. $2 bills are still being printed and circulated. At this point I can guess their only uses are at dog tracks, horse tracks and strip clubs. Oh, and cheapskate grandparents who give their grandkids(and also to spend at the dog tracks, horse tracks and strip clubs) 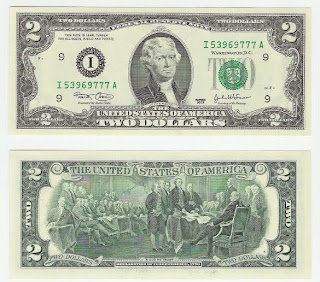 So what's the cons for coins? Well, I guess it would mean that everyone will have to get a giant velvet purse to hang from your belt and a cutpurse will become a real thing again. You also can't jam a coin in a girl's g-string and I'll be damned if I give them more than a dollar at a time. Maybe they'd start producing g-strings with internal coin pockets. By the end of the night all the girls look like they're smuggling sausage.

I guess there's one thing that pennies are good for... Paying for speeding tickets and other fines. Delivered in a few dirty socks. Let's just face it, who among us doesn't throw pennies and nickels in the trash? I personally throw everything up to a dime at poor people, it's good sport. They really should get rid of the penny all together as it cost more to make them then they are worth, but hey.. that's a cool design, right?

Though, if they did get rid of pennies then they would become a collectors items and poor people would cash in. Oh man, it comes full circle. 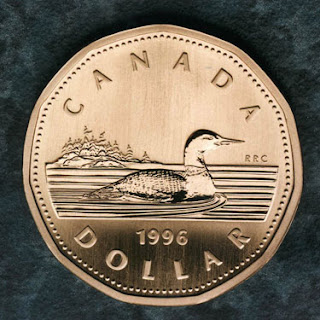 Seriously folks, Canadian satisfaction with the Loonie/Toonie is something like 97%. Americans are stupid as all hell. Reaching into your pocket and feeling out a Toonie/Loonie to pay for shit is 10 times faster than taking out your wallet for a bill. I may not always agree with Canada, unless it's Molson and Hockey, eh? but Loonie/Toonie supremacy forever.

Maybe there is no such thing as a Vending Machine lobby.. and perhaps the idea that the Billfold and money clip lobby and The Smaller weaker coin purse lobby exist is silly, but that doesn't change the fact that someone is behind the existence of still keeping such a useless coin in circulation. 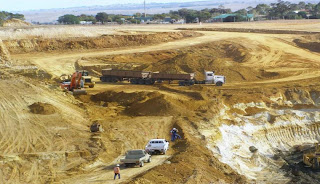 You're probably wondering which group profits off the penny still being in use. It's the metal workers, of course. Pennies are made with the help from zinc and copper mining companies. So you get rid of them and their futures stock goes down a great deal. Worse yet zinc processing literally turns the surrounding environment into a nightmarish, sulfuric acid coated dystopia. But hey, well worth it for the invaluable Penny, right?

I have a good question; Would the US sooner see the dollar bill replaced with a coin or switch over to the metric system? The answer is neither. US citizens will cling to "tradition" and "the old ways" even when it's idiotic to do so. Just the fact that people freak the fuck out if Facebook slightly alters its layout should be enough to tell you that we'll never successfully change our ways no matter how much sense it makes.

In fact, I think the only positive thing that ever came out of the penny was the Pee-Wee's playhouse character Penny. But even her stories were pretty fucking pointless. Which is much like this blog. Full of pointless and rambling on stories. Shit, I just realized that Pee-Wee could sue my ass just for taking Penny's spill. Perhaps it would be good to end it with a Penny cartoon