Santa Clara County Bans Toys from Fast Food Restaurants... And really, I couldn't give a shit about it. I haven't gone to McDonalds for some time now and I'm sort of glad about it. I don't like their food and maybe the L.A. Times has a point -

County officials vote to ban toys and other promotions that restaurants offer with high-calorie children’s meals.


Happy Meal toys and other promotions that come with high-calorie children's meals will soon be banned in parts of Santa Clara County unless the restaurants meet nutritional guidelines approved Tuesday by the county Board of Supervisors.

"This ordinance prevents restaurants from preying on children's' love of toys" to sell high-calorie, unhealthful food, said Supervisor Ken Yeager, who sponsored the measure. "This ordinance breaks the link between unhealthy food and prizes."

Voting against the measure was Supervisor Donald Gage, who said parents should be responsible for their children.

"If you can't control a 3-year-old child for a toy, God save you when they get to be teenagers," he said. Gage, who is overweight, said he was a living example of how obese children can become obese adults.

But he questioned the role of fast-food toys. "When I was growing up in Gilroy 65 years ago, there were no fast-food restaurants," Gage said.

The board, whose jurisdiction extends only to the unincorporated parts of the county, including much of Silicon Valley, voted 3 to 2 in favor of the ban after a contentious meeting that included more than an hour of testimony on both sides.

In favor of the item were public health administrators, parents and doctors; opposed were fast-food franchisees, other parents, and fans of fast-food toys who said the promotions are often used to provide Christmas presents for poor children.

Dr. Dan Delgado, director of a county program that targets childhood obesity, said the toys are a powerful lure for children, encouraging them to eat unhealthy food, which then helps cause obesity.

Delgado told the supervisors that parents who come into his clinic say they often buy Happy Meals and other fast food for their children because of the toys that are included. Delgado said that the obese children coming into his clinic include a 5-year-old with Type-2 diabetes.

But Steve Peat, who owns seven McDonald's franchises in Santa Clara and Santa Cruz counties, said he and his wife work hard to promote healthy lifestyles for children through their restaurants. Peat said that they have donated funds for children's sports and other activities, and recently won an award for community service from the McDonald's Corp.

The toys won't disappear right away.

As a compromise to win majority support, the five-member board agreed to put off implementing the measure for 90 days, to give the fast-food industry time to come up with a voluntary program for improving the nutritional value of children's meals.

My main thought here is that Santa Clara rules. Then again, I doubt this will do anything but whatever, fuck McDonalds. I was at a gas station/McDonalds one time to get gas and it was "Teachers day" which apparently means "make teachers stand behind the counter and hand out free unhealthy food to hordes of fat children". It was pretty sad when I thought about it pumping my gas.

It's surprising to think that it takes cheap trinkets to get people to eat fatty, calorie laden food. Usually that's the human impulse by default. And don't start calling McDonalds a restaurant. Restaurants bring food to your table. McDoanlds is just an assembly line, no more a culinary master than your local car factory line worker is a Engineer.

But then again, Kids want Happy Meals because they like crappy food, not just because it comes with a toy. I think that's just the icing on the mother fucking cake in this situation. Oh goodie, a toy from a show that has been marketed the fuck to my young demographics! How will I ever live with out it?

The main problem here is that we need much more comprehensive health and personal nutrition education in the school system. Unfortunately that kinda takes a back burner to necessities when you starve the fuck out of schools because 25% of your budget is spent on killing brown foreigners. 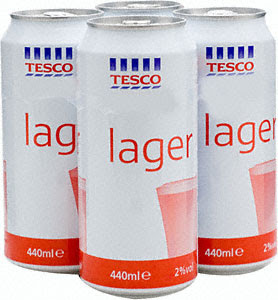 The Government food programs for schools was only initiated because the military that wants to kill browns said that the students coming out of public schools were too pussy to fight. So they wanted to toughen them up and put some meat on those bones. You went a little far, wouldn't you agree?

Then the may bad food so cheap. But hey, Poor people who just got off work want a big fucking bucket of fried chicken. Because this is America, and they have a right to. What other reasons does one need? Do you have a problem with that? Huh, buddy?

If you haven't watched Food Inc or read the Omnivore's dilemma, just stop reading this blog post and get the fuck over to some place you can watch and read that. Even though Omnivores is a bit Bougie-snobbery for my taste, it's still a good book with a fair amount of policy slant. 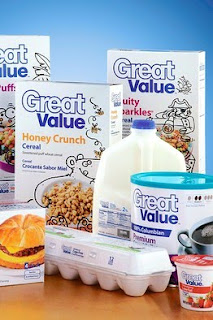 You know if I was in charge, I would ban food from having a brand identifiable container. Standardize containers and only have them say what it is and how many calories it is. Imagine, no more big macs, just 780 CALORIE HAMBURGER on the menu. What a glorious future that would be. Then again, calorie count is not really a great way to gauge the health effects of food. Maybe we should just force-feed everyone kale.

People just don't seem to look at nutrition facts. Most people don't even care what's in the ingredients or how many calories it is. I want how many calories in front of what the food is, the same size font or bigger than the name of the product itself. Like USDA commodity foods but with a huge fucking FATTY CALORIE COUNT in front, Stuff that just say BEANS and the like of which on the cans themselves.