It should come to no surprise to anyone that I am a nerd. Yes, I'll admit it. I'm a huge nerd. It's not like this is a shocking after all. I've already done a couple of post about Doctor Who with the premiere of the new season last month. And with that came new everything for the doctor... especially toys. Yes, if it was no surprise to see the reboot of the series in a sorts, it's easy to tell from the fact that there's a new Sonic Screw Driver and, well, I now have my own.

What's a sonic screw driver? and who would need one? Well, let's let the 9th Doctor answer that one.

Yes, it's the answer to any problem. A plot device for writers to both abuse and conveniently ignore when they need to. It can do it all. From make space whales throw up to pick a simple door... unless it was dead locked or something.

I was a pretty big fan of the 9th and 10th doctor's sonic screw driver. Enough so that I have my own pen that looks like it. Even writes inferred ink and junk. So what do I think of the new Sonic Screw Driver? I like it! It's neat, but it's a lot bigger than the past one. Yes, I enjoyed how compact the old one was, but there's something to be said with the new one that it actually looks like a prop you'd see on the show.

I've got now and I'm not sure what I will do with it. If the past sonic screw drivers are any indication, I'll just point it at things and make the noise sound effect. It wont do anything but it'll make me feel like I'm 5 years old again or something. Even if it's much bigger than the other screwdriver models, even the Master's Laser screwdriver, which I remember thinking was chunky looking at the time.

I did come up with a pretty good mix drink for Doctor Who. You go down to Sonic's and get an Orange Slush Float - Mix in some Vodka and you got yourself a Sonic Screw Driver. Make sure to put potato Vodka in it for that Scottish companion that is Amy and you got yourself some good times. It'll at least make Sonic's tolerable.. maybe. 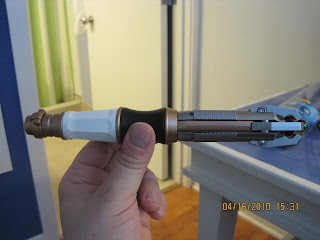 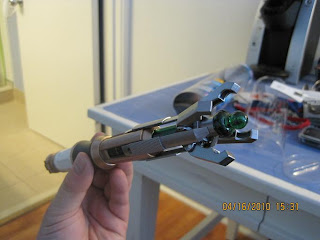 And before you say it, I will. It does look a little bit too phallic, right? Well, I guess that would be true if your penis has four prongs that spring open at the end... Oh wait, doesn't everyone? Oh, don't act like Doctor Who is innocent. You're telling me you didn't giggle a little when you first heard the Doctor describe the Tardis?

"Oh Doctor, it feels soo much bigger on the inside!" 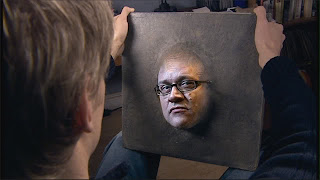 Though this isn't the first time Doctor Who gets a little sexual. I had a blog post about Amy being too sexy a bit back. But come on, can we take a moment and look back at Love & Monsters? What a terrible terrible episode. I think the basic premise was pretty good. Focusing on a fairly ordinary person/group who encounters the Doctor and tries to find out more about him over time, showing a different perspective on previous events, and eventually stumbling into trouble of their own that ends with them finally getting to meet the Doctor. That could make for a good episode.. but it didn't. And since it's been done already, it never will. 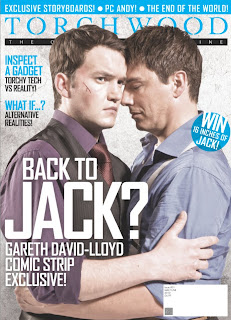 I'm really really liking the 11th Doctor thus far, but I'm finding it absolutely hilarious how quickly Moffat is distancing himself from RTD's run if you over analyze the hell out of it.
- Amy can't remember anything that happened during RTD times
- Moffat run has 'one ship survives' which fucks over EVERYTHING to do with Journey's End wiping them out (Yes yes I know the Daleks will always be about as a nemsis)
- The Dalek spaceship doesn't recognise RTD Daleks as 'pure' Daleks.
- Moffat Daleks disintegrate RTD Daleks.

It may be a bit looking too deep into it, but it's funny if you take a moment and think about it. In fact, the only thing that seems to have stayed the same was the monsters that Moffat created. The Weeping angels are one hell of a scary monster for the Doctor to face. But it's not like we haven't seen them before.. Just look at this Weeping Cat...

This week we finally get the resolution of the Weeping Angels two parter. I'm not even going to touch River Song cause, well.. I'm not sure how I feel about her and the smug satisfaction she has when she says "Spoilers". I'm hoping that eventually she isn't so smug. I mean, their meetings are out of order, so perhaps the more she appears, the less she will know.

But for those looking for those "Spoilers!", just click the following youtube links for a preview of the next episode.

BRING OUT the comfy chairs! and let's get some new Doctor Who playing. Booyah!
Posted by Booster Gold / Javier J. at 9:55 AM

Labels: back to the future, BBC, Doctor who, tv