Fuck that Sublime song. First off, they got the date wrong- anyone who lived through this should know the date. It's like 9/11. You never forget where you were when the shit went down. It was literally the largest civil uprising of our century.

Race tension was extremely high. Rodney King beating acquittal and then the death of Latasha Harlins, a black teenager killed by a Korean store owner who was found guilty of 2nd degree murder for shooting her as she stole $2 from her shop- ended up only getting probation as a verdict just was too much and was the spark of the match to ignite the events that followed. 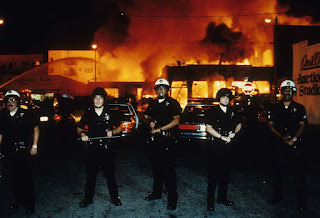 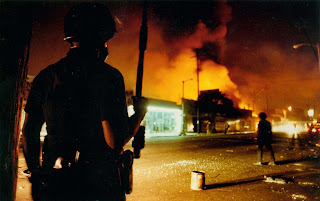 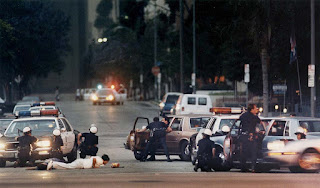 For days the entire city was on curfew. Some cities would refuse you entrance if you didn't live there. I know Culver City was like that. The 110 highway had all its entrances shut down south of Downtown, as to not allow anyone the ability to move upward. Rich areas seemed to be more protected than others. USC had a whole force protecting it, while the area around it burned.

It was a crazy time and my 12 year old self was pretty freaked out. Helicopters everywhere. National Guards stood ground and it seemed like the closes you can come to an entire city just shutting down and going ape shit. You had Blacks vs Koreans. Korean store owners, who came in and bought up a lot of liquor stores- a city where just the amount of liquor stores in South L.A. is way more than the number in many states.

They were up on their roofs with rifles and weapons protecting what they had. Black owned markets literally had to have the words spray painted on the wall as to hope that it is seen by some looter and not burned down. 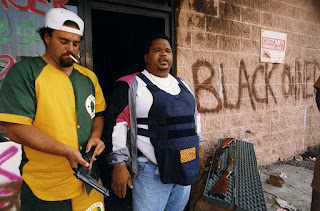 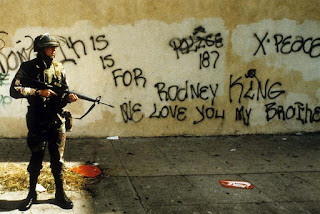 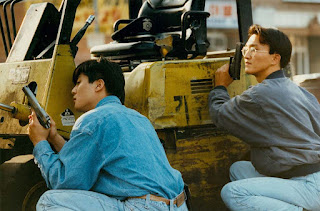 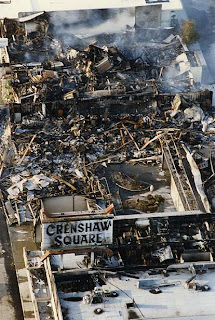 It was a really scary time to be alive. But at least it showed that city officials were so full of their own shit. Especially when they ditched out and were caught with their pants down on this whole situation. Yes, it was overwhelming. But a lot of police securing and guarding a few key locations was just as much bullshit as you can possibly imagine. 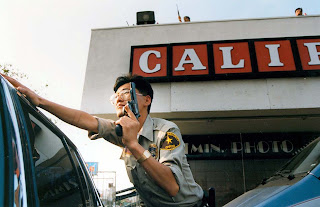 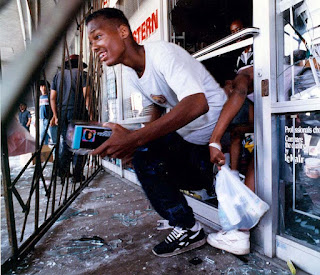 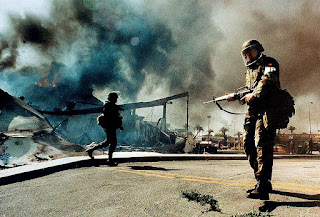 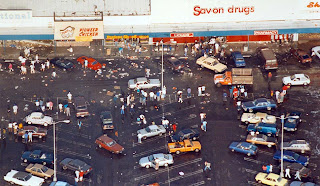 And here we are, 20 years later and a black person can still get killed for something as simple as walking down the street with $2 skittles in their hand. Cops still walk around with impunity to profile and tensions still run high. It's sad that the more things change, the more they stay the same.

I would be lying if I said that I hope to never see something like the riots again. Because hey, I am a socialist communist who wants to topple over capitalism in any of its evil forms. But we should remember who the real targets are. Burning our own communities down doesn't lead to any change and only hurts our own growth.
Posted by Booster Gold / Javier J. at 1:58 PM