On this day we celebrate our freedom from persecution of a tyrant, I just want to say one thing -  What the fuck are we celebrating?  This is a bit of a fucking sham. I get it, I like exploding things as well. My eyes light up when I see a big firework just explode in the sky, but if that's what you're celebrating today, than that's cool. Own that. But let's not kid ourselves that we can embody any of the spirit of the day we are honoring when we currently are in the state that our nation is in.

Do I have to even mention that we're separating families in what has to be described as nothing short as sadistic? This is not anywhere near close to what the freedom we fought for was about. I know you probably can't read this letter, but yeah.. I can't celebrate the birth of this Nation when this stuff is happening right now and we sit by doing nothing. 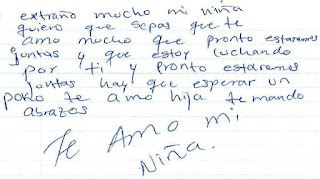 Journalist who went and toured some detention facilities in Texas were not allowed to photograph or interview immigrants, so last week The Times asked volunteers and the attorneys visiting detained immigrant parents to express their questions in written form. More than a dozen mothers at the T Don Hutto Residential Center, 30 miles from Austin, responded and their words are fucking crazy.

Some women described their perilous journeys to the U.S. or their experiences in custody. Many said they were never told where their children were being held or their status. Some wrote messages to their children. Some examples:

From Miriam to her son Kennet:

“My son, I write you these words with immense pain in my heart to have you separated from me. But I want you to know that I miss you so much.

“And that every day I ask God that very soon we will be together again. And that they will never again separate you from me because you are the most beautiful thing that God gave me, you, my son.

“And I want you to know that I love you with all my soul, and the biggest thing I ask God is that we will be together. God willing, my son.”

Noyma to her son Dani:

“Hello, hello, son. I want to say that I miss you very much and that I love you and that soon we will be together, that this will be over and that we never will be separated again. I hope to see you soon and that we are with your father…. I don’t want you to be sad. I love you, my son. Until then, I send you hugs and kisses.”


But hey, this isn't even the only way that ICE is separating families. Another way families are being torn apart is pretty slimy. A new wave of workplace raids just cause the kids to remain behind. One 12 year old was left behind and is staying in a mostly abandoned trailer park. He wrote to ICE "I can't live without my Mom. I don't have anybody but her."

Jesus Christ, America. Do you really think you deserve a birthday celebration today when we're in this current situation as a nation? 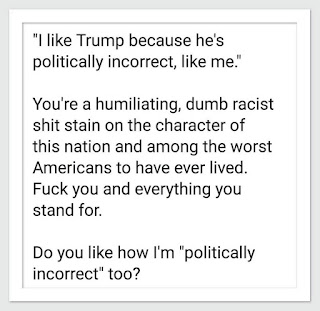 I can't even say that it's all just on the back of Trump. Even though he's a piece of shit enough to not even want to warrant lowering the flag at half staff to honor those Americans who died in the recent news paper mass shooting. As Trump Declines the request to lower the flags.

I just don't know about you in your ability to chow down on Hot Dogs and Burgers while lighting shit up, but this stuff just makes me sick of this country and the numbness we all have to this by now. I can't even get in to the aspect that Health and Human Service Department has stopped stating how many families are actually getting separated.