You're watching the British Emergency Broadcasting System, remain indoors! The estimated date is between March and November 2013, it's nineteen hours. So now, as usual, it is time for The Quiz Broadcast. 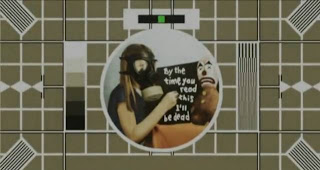 What is The EV3NT? Nobody knows. We don't know what caused The EV3NT but we do know that it happened on NBC, Monday, Sept. 20th 9/8c. Do not think about the EV3NT.

Jason Ritter as Sean Walker
Quintessential boy next-door and self-proclaimed geek. Graduate of MIT. in Computer Science and a (mostly) reformed hacker, Sean spent his college days in front of a computer, and now freelances as a video game programmer. Smart and confident, he wears his heart on his sleeve.

Sean grew up in a low-income household in the suburbs of Chicago. He showed a gift for computer programming from an early age. As his family could not afford a computer of its own, Sean would spend his spare time at his school's computer lab or at the library, often losing track of time and spending hours upon hours writing games and programs of all kinds.

Moral and idealistic. Hugely popular with the American people and around the world, President Martinez wants to be a new kind of President, working toward a new America. He's committed to honesty and runs the first truly bipartisan administration in recent history, with Vice President Raymond Jarvis at his side. Two parties, one purpose. Born to Cuban refugees in Miami, Florida, President Martinez is very proud of his Afro-Cuban roots. He is a graduate of Yale University.

Sarah Roemer (her from off Disturbia) as Leila Buchanan

Sean's girlfriend. Smart and athletic, she studied Biochemistry at MIT. Has a very close relationship with her family, parents Michael and Valerie, and younger sister Samantha, . Leila is a nature lover, and she and Sean often go rock climbing and hiking together. Leila has a very strong inner core, and is not afraid to meet challenges head on. 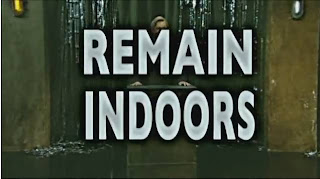 So will this mystery show be any good? Who knows. One thing is certain;