Craig's Not So Personal Anymore

Craig's Not So Personal Anymore

If you're trying to cruise Craigslist for a date this weekend, you probably should rethink your strategy and get in some practice in trying to pick up from the local bar. You see it seems that Craigslist has made it harder to do one thing popular on the internet. Whore yourself out. 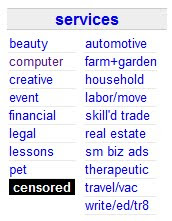 It's not even click able anymore. Which if it was, it seems like it would get more business as it makes it that much more visible. But it looks like the whole section was just deleted. Not to mention there's this Wired article for it. I always saw the adult services section as a means to just get arrested quickly.

So I guess they planned on getting rid of them sometime last year and just started to roll out the idea now. Maybe it's because of people like me. I've never gotten or thought of buying myself a hooker.

I guess it's lucky that you can still drive around the neighborhood and find a decent whore. Sure you may have to drive a bit away from home, like where you buy your coke, but at least you can pick from a crowd on which flavor you're into at the moment. 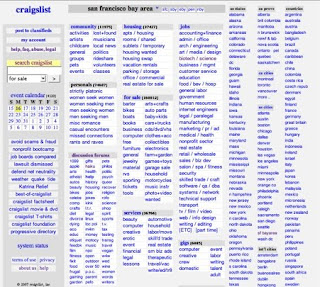 They made a fool out of Craig on CNN a few weeks back about all this. Someone should probably teach him a bit on how to deal with reporters. Here it is. You could skip to the 3 minute mark for him getting terribly embarrassed

Wow, Craig is not nearly as cool as I thought for someone who created such a (sometimes) useful website. But seriously, the video is so ridiculous. You can tell throughout the whole video that the reporter thinks this is going to be her big break. That constant smug smile she has just makes me hate her instantly.

To be honest, I don't think he deserves the heat he gets. Women put their ads on craigslist, how are they victims? Maybe of Capitalism, but aren't we all? There's prostitutes on the side of the street, too. But you don't go up to the chief of police saying "There is women selling themselves on the street, how do you protect these victims?!" So what am I missing here? 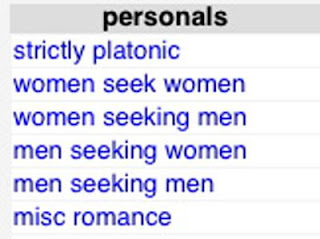 I guess the only thing that's really fucked up is that the dude plays it off like they're even trying to make an effort in filtering it. I could probably find 10 whores a day to fuck on Craigslist if I wanted, they're not screening anything. Just say that they're not responsible for that, because they really aren't.

The news reporter claims that craigslist is "The wal-mart of online sex trafficking", which I think is fairly accurate, right down to the quality of goods for sale. But then the reporter repeats it to the CEO, she changes it to "Child sex trafficking." No matter if it's a slip up or a deliberate change, it's really fucking shitty journalism that is meant to get some kind of reaction out of the guy and toss this into the "Think about the children!" field. 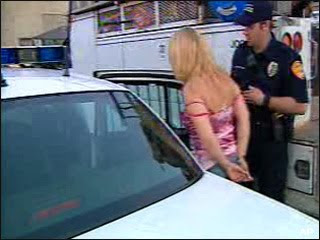 Anyone trying to sell their kids for sex on Craigslist are going to get arrested really fast. It seems silly to suggest that sort of stuff just goes on without the police easily able to look it up on their computers for a quick arrest.

The real reason why she played the child sex slave card was because women advertising themselves to thousands of ugly losers in an effort to make a quick buck just isn't that bad. Sure, there are still all the nasty side effects of prostitution, but it's not like Craig is pimping them out himself.

Besides that, CNN is hardly a disinterested party here. By killing the printed classified ad, craigslist is probably the single most responsible entity for the decline in print media other than print media itself. I'm sure CNN is full of journalist who were directly affected by this and would jump at any chance to run stories where craigslist is associated with scandal. 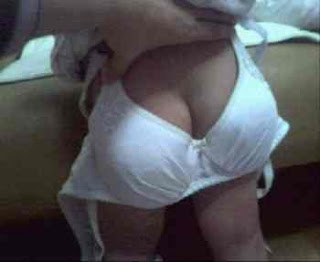 I first heard about this on NPR last week. The claim was that the lawyers wanted to stop the abusive behavior that lead women into prostitution, so they went after one subsection of Craigslist lead by the director of Coalition Against Trafficking in Women, Norma Ramos. Norma was on Forum, an NPR show and the CEO of Craigslist, Jim Buckmaster was also on it

On the show Norma just kept repeating that they want Jim to take that portion of Craigslist down. Several listeners pointed out that Norma wasn't attacking the right thing to achieve her goals but she didn't respond to any of that. Instead she just kept repeating her mantra "Jim, take it down. Take down that site, Jim. Jim. Take it down Jim. You know better than that, Jim." It was pretty annoying and it was apparent that Norma was devoid of thought and came to the program with one talking point and would not say anything else. 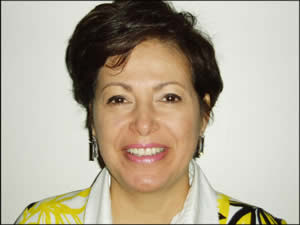 A couple of days later, a listener named Rick from SF wrote in and said this;

Craigslist is probably San Francisco's leading venue for the resale of stolen bicycles. Should we shut down the "For Sale/Bicycles" section of craigslist because it's facilitating the sale of stolen property?

I thought that was a pretty good example pointing out Norma's faulty logic. She never once addressed this, even though the host brought it up several times. Add in that Craigslist started charging $10 per ad in the adults services section to get a credit card number and help in tracking info which could be used to find people if the law was concerned.

They took the money gained that way and donated it. Then a bunch of people bitched at Craigslist for "making a profit" from adult services section off their website. It really seems like Norma Ramos and 17 lawyers are simply trying to make names for themselves by attacking a popular website instead of effectively fighting for the cause which they claim to care about.

But hey, that would be an uphill battle and they already have an easy target in the CEO anyway... right?
Posted by Booster Gold / Javier J. at 1:18 PM