What a piece of shit year. Good riddance to bad rubbish, I say! Oh, you don't believe me when I say 2011 wasn't much of a year to smile about? Well then, let's review all the horrible things that happened in the past 12 months because I hate myself and want everyone else to feel just as bad, if not worse than I. It's what I do to get off.

American Republicans systematic war on women and their reproductive rights (though this has been going on forever, it seems to have had major triumphs this past year) 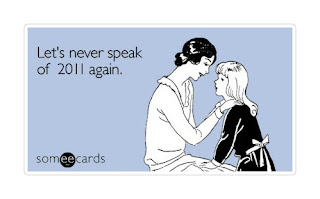 Jerry Sandusky and the people who covered up for him and still defend him are out there alive and well.

28 men rape an 11 year old girl in Cleveland and film it.

26 men rape a 13-year-old girl in Turkey. Then the judge rules she consented.

An Italian girl sleeps with boyfriend; claims raped by gypsies; enraged mob burns gypsies camp to the ground; 2 were arrested.

This movie turned a profit: 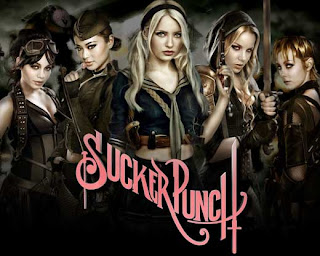 Which is pretty much like ALL women getting raped at once.

Greece taken over by literal fascists

Sarkozy and Merkel are still free

The second coming of Newt Gingrich

Rick Perry wonders why there are queers when our troops are out there dying.

More Americans were politically radicalized this year than any other in the last three decades. Which says something about out shitty political system.

Obama cut social security and medicare and compared it to not buying a new set of golf clubs.

“In my house,” Obama noted, “if I said, ‘You know, Michelle, honey, we got to cut back, so we’re going to have you stop shopping completely. You can’t buy shoes; you can’t buy dresses; but I’m keeping my golf clubs.’ You know, that wouldn’t go over so well.”

R.I.P Osama and Amy Winehouse (though you never saw the two in the same place at the same time...hmmmm)

It's also been a pretty impressive year for nuclear disasters, earthquakes, and fish die-offs.

Steve Jobs died and suddenly became Horatio Alger and is brought up in every context.

We could solve the Social Security crisis if WE HAD GUYS LIKE STEVE JOBS INNOVATING our system!

We could stop global climate change in it's tracks if we had a STEVE JOBS working on the issue!

Nobel Peace Prize winner Barack H. Obama's murderous tax policy is probably preventing the next STEVE JOBS from starting the next APPLE and changing the way the world works forever!

But hey, I'd also like to remind everyone that there were other countless wonderful things that happened this year and perhaps focusing on the bad ones is a curious habit to say the least. But maybe I just needed to flush it out of my system so that I can reset and prepare for how bad 2012 is going to suck... um.. I mean, kick major ass. Yeeeeah.
Posted by Booster Gold / Javier J. at 12:52 PM