Taking The Christ Out of Christmas

Taking The Christ Out of Christmas

It's Christmas eve and all around the world.. people are... well, probably shopping. It is a busy shopping day after all. Gotta get those last minute gifts and what not.

I, for one, am all in favor of taking the Christ out of this silly holiday. It was, after all, the church that hijacked this holiday from the pagans and other cultures that were celebrating the winter festivals long before the church decided to tackle on the birth of some made up messiah on to it. To be honest the whole birth of Christ never made any fucking sense to begin with. Why would he be born in December in the desert? I mean, let's be real here. There's no way that it would have happened as those winter nights in the desert were tough.

If he actually did even exist, Christ would have been born in the summer. You know, during the time when Shepard would actually be tending to their sheep and not killing them trekking along the desert during the winter. Just sayin'.

But perhaps I should be careful with what I say because it seems that Christians are the most persecuted people ever in the history of mankind. Or at least they fucking act like they are.

No running in the halls -- and no Tebowing either.

That's what one Long Island administration said Wednesday when it suspended a group of high school athletes for replicating Denver Broncos quarterback Tim Tebow's popular pose in the hallway at school.

Jordan Fulcoly, Wayne Drexel and brothers Tyler and Connor Carroll of Riverhead High School were all handed a one-day suspension Wednesday, after three days of taking a knee with their foreheads resting on their fists, the same way Tebow does in the end zone and on the sidelines. The news was first reported by Yahoo! Prep Rally earlier Thursday.
Riverhead superintendent Nancy Carney said that two of the students' suspensions were later rescinded, citing that administrators found that those students were not given the same warnings that the other two were.
Tebow has made headlines for the move, a display of his devotion to his Christian faith. The students were not suspended for bringing religion into the school, but instead for clogging the hallway.

Carney said that she supported the administration's efforts to maintain a safe environment and was surprised that the incident has received this much attention. Since the news broke, Carney said she has been receiving hate mail from people charging that the suspension is due to religious prejudice.
"It's very unsettling," she told ESPNNewYork.com on Thursday. "It's a shame that people out there are so ready to judge when they weren't there to see what happened."
Reports said that the students had been Tebowing all week, starting Monday. It was meant to be a joke, only paying homage to one of pro football's newest stars. But other students started joining in and administrators claimed it had become a disturbance. District officials reportedly told the students that the celebration was making it unsafe for students walking the hall in between classes.

The incident saw about 40 students engaging in the popular Tebowing. Only the four students, all athletes, were suspended. Caroll told Prep Rally that the administration told them "that our Tebowing was blocking the halls and could potentially cause a riot, because they were growing in number and if the wrong kid gets pushed a brawl could ensue."
Carney said students have three minutes to reach their next class.

"It's just high school kids being kids and administrators doing what they do on a daily basis -- keeping kids safe," Carney said, "and with today's world and cell phones and people taking pictures and video, it can be taken out of context."

Tyler and Connor Carroll are on the football team along with Drexel.

Oh man. It sure does take a lot of courage to be a religious person these days, doesn't it? Now just imagine if it was 40 students bowing to Mecca in the middle of the hallway.

What confuses me is that he always has a bible passage on his stupid war paint face. What's the deal with that? Is it because he wants to be like In&Out and have bible passages on himself? Maybe it's because he's a miracle baby. For you see, his mother was going to abort him but had a last minute change of heart..

Someone should tell her that it's not too late to finish the job.

But apparently this warrior for the lord has some power. Back in 2008, presidential hopeful Nobel Peace Prize winning Barack H. Obama wanted to make a campaign stop and speech in Gainesville but Tim Tebow made a passionate appeal to the UF board of trustees against hosting a candidate with anti-christian views. And they were like "Anything for you, Tim!."

Again, it had to be the war paint on his face displaying to all that he is a Christ warrior and his face paint reflects that inner aspect of himself. Besides that, if the Broncos win the fucking super bowl this year, I'm going to be kinda mad. I don't think it's likely, but I just want my thoughts expressed just in case it does happen. 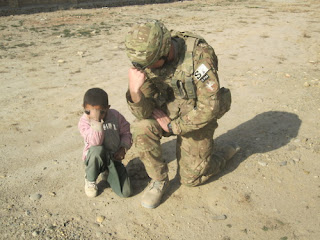 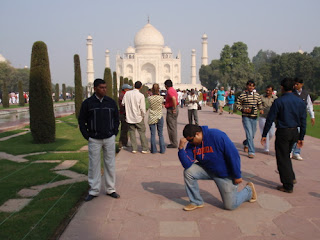 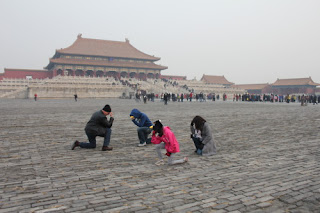 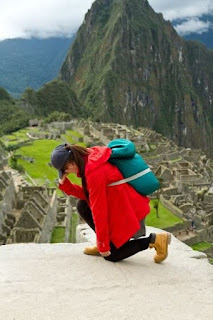 I have to say, there's something especially vile about Tebowing at Macchu Picchu. Why not just go all the way and strap on a rapier, cuirass, and conquistador helmet while you're at it.

Anyhow, back on to the main subject about being persecuted and then pointing the finger at someone else, you know what I miss the most? Moral panics over dungeons and dragons as being attached to satanic cults or some shit like that.

Or maybe it's just that the moral panics over DND went out of style when people were driven away by inferior systems like 3e/4e, but that still doesn't explain why satanic cults aren't getting the same level of attention anymore. On the flip side, there still is "rainbow parties" going on regularly.

Which I guess all makes sense because at this point anything else feels like such little a threat and far less scarier than Islam is to middle America.

It's not like they're actively trying to get other religions to be off the air or anything.

Lowe’s, the national hardware chain, has pulled commercials from future episodes of “All-American Muslim,” a TLC reality-TV show, after protests by Christian groups.

The Florida Family Association, a Tampa Bay group, has led a campaign urging companies to pull ads on “All-American Muslim.” The FFA contends that 65 of 67 companies it has targeted have pulled their ads, including Bank of America, the Campbell Soup Co., Dell, Estee Lauder, General Motors, Goodyear, Green Mountain Coffee, McDonalds, Sears, and Wal-Mart.

“’All-American Muslim’ is propaganda clearly designed to counter legitimate and present-day concerns about many Muslims who are advancing Islamic fundamentalism and Sharia law,” the Florida group asserts in a letter it asks members to send to TLC advertisers.

“The show profiles only Muslims that appear to be ordinary folks while excluding many Islamic believers whose agenda poses a clear and present danger to the liberties and traditional values that the majority of Americans cherish,” the FFA’s letter continues.

It was not clear whether the companies cited by the Florida Family Association, which has also targeted shows like MTV’s “Degrassi,” stopped advertising on “All-American Muslim” because of pressure or for other reasons.

Emails from Home Depot and Sweet’N Low posted on the Florida Family Association’s website suggest the companies had simply bought one commercial spot, and didn’t cancel any commercials.

A spokeswoman for Amway, also cited by the Florida group, denied the company pulled advertising from “All-American Muslim,” and said those reports were “misleading” and “falsely named” Amway.

“We understand the program raised concerns, complaints, or issues from multiple sides of the viewer spectrum, which we found after doing research of news articles and blogs covering the show,” said Katie Cody, a Lowe’s spokeswoman.

Cody declined to specify whether the complaints were anti-Muslim, and whether Lowe’s advertises on shows with Christian, Jewish, or other religious characters or themes. “It is certainly never Lowe’s intent to alienate anyone,” Cody said.

“Shame on Lowe’s, and shame on every one of these companies if they really did cave in to such bigotry and hatred,” wrote Sheila Musaji, who blogs at theamericanmuslim.org. If the Florida Family Association and other reports are misrepresenting these companies, she added, “then they need to speak up.”

The first of eight weekly episodes of “All-American Muslim,” which follows five Lebanese families in Dearborn, Mich., premiered on Nov. 13.
A TLC spokeswoman, Laurie Goldberg, said the network could not comment about the alleged advertising defections, but that the show maintained “strong” advertising. “There are no plans to pull the show. The show is going to continue as planned,” said Goldberg.

You see that, they're offended because the Muslim family appears to be normal and isn't firing off rockets at Americans terrorizing them like a cartoon character of what the average terrorist fearing American thinks is a Muslim.

Or perhaps Lowe's just realized that they bought one commercial that they didn't really have any money for anymore and are just going through the worse P.R. possible. These persecuted religion want the TV networks to believe that Palestinian would be more obsessed with British Sci-fi television shows than plotting on how to kill more Jews. How dare them!

It has gotten to the point that some many completely evil organizations, especially the ones that are religious, have the word "Family" in their name that I want to invent and spread a new word to refer to a person's relations because the word "family" has been tainted so much.
Posted by Booster Gold / Javier J. at 3:30 AM