Am I A Muppet?

Am I A Muppet?

Quick question. Which Muppet lives in a trash can and has no money or no home? In a couple of months, all of them! 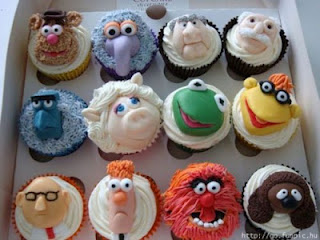 After last week's first presidential debate, one thing is certain. Mitt Romney simple does not care about felt people. Forget the fact that Jim Leher got shitted on in the worst way possible. As one of my good friends put it so nicely;


Romney: I like you, Jim. So I'm going to smile to your face as I tell you I'd gut PBS, and purge everything you've worked to build at NewsHour over your 40 years with the network, extinguishing all legacy you possibly lay claim to in the field of broadcast journalism. I'd kill Big Bird, too.
Leher: ..
Romney: I do not respect you as a man.
Romney: Now give me the final word.
Leher: Ok.

I mean, let's be honest, Leher was a shitty moderator and couldn't reign in these two assclowns to actually answer a single question. Not to mention, just let them walk all over him. But still, the real victim here is that the muppets that live on Sesame Street may not be on Wall Street, nor on Main Street. But if Romney wins, they'll be put out to the side of the curb.

Oh how I wish Mister Rogers was still around.


It's appalling that they even consider gutting PBS of any funding. It's very important to the future of America as well as any hope for getting children started off right in education. Romney may boast about how the private sector can take care of their own, but considering how little the amount Public Broadcast actually cost and the long lasting effect it has on the viewers who grow up with it, this issue alone could be a nail in Romney's coffin. 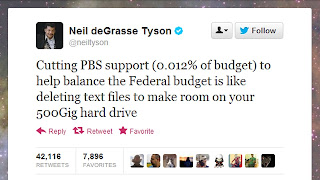 How exactly did PBS become public enemy #1 of austerity? I mean, how is this even possible? Well, it looks like that terrorist cell decided to release a public response to being put on blast at the debate.


ARLINGTON, VA – October 4, 2012 – We are very disappointed that PBS became a political target in the Presidential debate last night. Governor Romney does not understand the value the American people place on public broadcasting and the outstanding return on investment the system delivers to our nation. We think it is important to set the record straight and let the facts speak for themselves.

The federal investment in public broadcasting equals about one one-hundredth of one percent of the federal budget. Elimination of funding would have virtually no impact on the nation’s debt. Yet the loss to the American public would be devastating.

A national survey by the bipartisan research firms of Hart Research and American Viewpoint in 2011 found that over two-thirds of American voters (69%) oppose proposals to eliminate government funding of public broadcasting, with Americans across the political spectrum against such a cut.

As a stated supporter of education, Governor Romney should be a champion of public broadcasting, yet he is willing to wipe out services that reach the vast majority of Americans, including underserved audiences, such as children who cannot attend preschool and citizens living in rural areas.

For more than 40 years, Big Bird has embodied the public broadcasting mission – harnessing the power of media for the good of every citizen, regardless of where they live or their ability to pay. Our system serves as a universally accessible resource for education, history, science, arts and civil discourse.

Over the course of a year, 91% of all U.S. television households tune in to their local PBS station. In fact, our service is watched by 81% of all children between the ages of 2-8.

Each day, the American public receives an enduring and daily return on investment that is heard, seen, read and experienced in public media broadcasts, apps, podcasts and online – all for the cost of about $1.35 per person per year.

Earlier in 2012, a Harris Interactive poll confirmed that Americans consider PBS the most trusted public institution and the second most valuable use of public funds, behind only national defense, for the 9th consecutive year.

A key thing to remember is that public television and radio stations are locally owned and community focused and they are experts in working efficiently to make limited resources produce results. In fact, for every $1.00 of federal funding invested, they raise an additional $6.00 on their own – a highly effective public-private partnership.

Numerous studies -- including one requested by Congress earlier this year -- have stated categorically that while the federal investment in public broadcasting is relatively modest, the absence of this critical seed money would cripple the system and bring its services to an end.

I mean, I know Romney is so addicted to downsizing and dismantling corporations he buys out. But killing Big Bird? Now that's too much!

When you think about it, cutting PBS funding is one of those propositions that's so cartoonishly evil that I still have trouble comprehending that a real person is even suggesting such a thing. But then I have to remember that a big chunk of the republican base literally think that PBS is a tool for communist propaganda. So I guess it's never really about the money that is used for it. I really wish it was a communist propaganda tool.