Don't get me wrong. I know that Joe Biden is one dude who would probably be caught washing his Trans AM outside on the driveway of the white house. But does anyone want this douche bag looking nozzle as a Vice President? I mean, just look at him.. 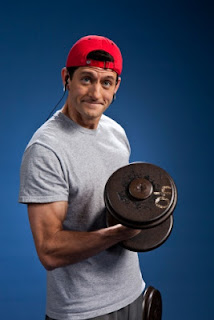 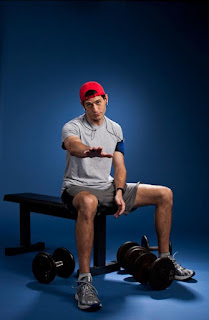 Listen, your form is all wrong, brah. You gotta prevent the poor from living.

He has got to be the goofiest looking dude. You'd think a professional photoshoot could capture a couple less hilarious expressions. So it's curious as to why a potential VP of the United States looks like a Nintendo advertisement from 1991.
Posted by Booster Gold / Javier J. at 12:39 AM