Walking Through The Walking Dead Script

On Sunday was a sad night.. It was the season finale of Break Bad on AMC. Now what will I watch? Classic Movies from America? I think not! With one amazing drama ending and the long 8 month to a year wait till the next season. How the fuck do they expect us to go so long without something awesome on AMC to watch? Well, I guess there's Mad Men. That's great and all, but it doesn't have senseless violence with the main character's downward spiral.

Thank goodness we have something to look forward to come this October during Fright Fest.... The Walking Dead. 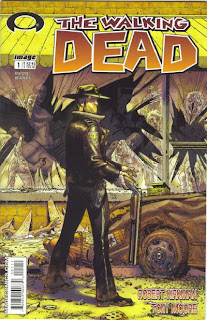 Yes, you've heard me talk about this before. It's a comic book.. being turned into a Television show. If there's any network that can do it justice, it's AMC. They showed a man get turned into liquid in an acid bath. A hallow point going through some cousins head and a science teacher make meth. They can do this one justice. Don't believe me? Look at this picture; 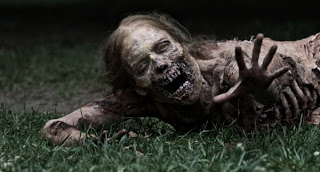 The show runner and director of the first episode is Frank Darabont. He's the guy who did THE MIST and he combined with AMC to get this comic book off the funny pages and turned into a live action TV show. For that, as well as his other work, I'm very pleased.

So let me introduce you to the characters. There's Rick Grimes (He's the main character) who is being played by Andrew Lincoln who is British which even though it sounds odd, let's face it, there's a lot of actors who have strange accents who do great American ones. So him playing a small town Kentucky Sheriff isn't to bad 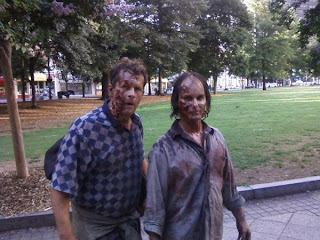 Then we have Sarah Wayne Callies will play his wife Lori who was in the show Prison Break. So it's a little odd to see her go from one prison to yet another one. If the show goes according to the comics, should be an interesting turn of events.

According to Entertainment Weekly, the "Prison Break" actress has landed the leading female role of Lori Grimes, the wife of series protagonist and small town police officer Rick. 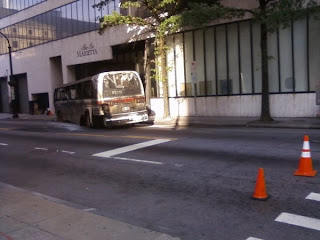 And then you have a series of other characters who... well, if it's anything like the comic book, let's just say that you really shouldn't get comfortable with them.

Now, I got a chance to read through the pilot script. I have to say that I loved it and it's not just because I'm a huge fan of the comic book series. It's very faithful to the comic book. You have to remember that Frank Darabont is directing it and Shawshank was probably the only Stephen King book that didn't get fucked up when translated to the big screen. If you want to avoid spoilers, then you should stop reading the blog right now and just scroll through the pretty pictures. But nothing I say will ruin anything if you've already read the first few issues of the comic. 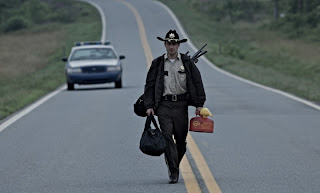 The script starts off with Rick driving down a deserted highway. He stops at a gas station because a lot of cars are making it difficult to get past on the road. In the process he finds a little girl. Whoops, guess what, she's already a zombie. To cement it home that they're going to push limits in the series he shoots her. Then again, violence towards zombies has always been A-okay. He turns around to realize that the dead bodies sitting in those cars blocking the road were actually zombies. That gunshot alerted them and now Rick is stuck dealing with a zombie mob.

It cuts to a couple weeks ago. The same events as the comic happen. Rick and Shane have a shootout with some criminals. Rick gets shot and ends up in the hospital only to wake up weeks later in the hospital bed. What's powerful about the script is there's a lot of it that doesn't have any dialogue. Rick escaping the hospital and seeing all the dead bodies are all part of this. After realizing what has happened he comes across Morgan and Duane. A black man and his son hiding out from the zombies in his old neighborhood. 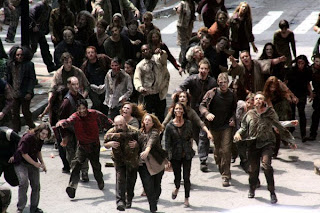 The three of them head over to the police station so Rick could suit up. He then parts ways with them as he's looking for his wife, Lori and son, Carl. All the while he's driving to Atlanta he keeps on trying the radio to see if Shane and his group can hear him.

It then cuts to a scene between Shane and a woman (who is clearly Lori but she's only identified as "Woman" in the script) who are now scene as a couple. We jump back to Rick and the events of the prologue with the dead girl, road block and zombie mob. 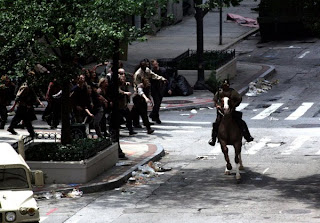 Rick escapes the zombie mob and makes his way to a farm where his car breaks down. He finds a horse in the barn and changes modes of transportation. Eventually making it to Atlanta and we get a shot of the city ruined to hell. They turn the corner on a street and are met by another swarm of zombies. You horse lovers are going to cry because the zombies get some fresh horse meat but Rick escapes under a tank. Zombies start to surround him and he's about to kill himself but then sees a hatch to get in.

Now Rick's just stuck in a tank while the zombies are still all around it with no hope in sight. Suddenly a voice comes over the radio in the tank. Someone somewhere spotted him getting in the tank. The script ends with the camera pulling out to a wide shot over the tank and we see it surrounded by hundreds of zombies clawing at it. 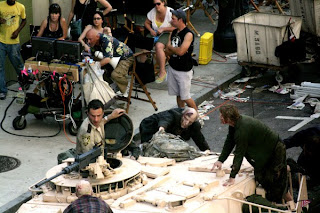 End of Episode one. If that doesn't get you hooked and shambling for more, I don't know what will.
Posted by Booster Gold / Javier J. at 6:27 AM