WASHINGTON — The United States has discovered nearly $1 trillion in untapped mineral deposits in Afghanistan, far beyond any previously known reserves and enough to fundamentally alter the Afghan economy and perhaps the Afghan war itself, according to senior American government officials.

The previously unknown deposits — including huge veins of iron, copper, cobalt, gold and critical industrial metals like lithium — are so big and include so many minerals that are essential to modern industry that Afghanistan could eventually be transformed into one of the most important mining centers in the world, the United States officials believe.

An internal Pentagon memo, for example, states that Afghanistan could become the “Saudi Arabia of lithium,” a key raw material in the manufacture of batteries for laptops and Blackberries.

The vast scale of Afghanistan’s mineral wealth was discovered by a small team of Pentagon officials and American geologists. The Afghan government and President Hamid Karzai were recently briefed, American officials said.

While it could take many years to develop a mining industry, the potential is so great that officials and executives in the industry believe it could attract heavy investment even before mines are profitable, providing the possibility of jobs that could distract from generations of war.

“There is stunning potential here,” Gen. David H. Petraeus, commander of the United States Central Command, said in an interview on Saturday. “There are a lot of ifs, of course, but I think potentially it is hugely significant.”

The value of the newly discovered mineral deposits dwarfs the size of Afghanistan’s existing war-bedraggled economy, which is based largely on opium production and narcotics trafficking as well as aid from the United States and other industrialized countries. Afghanistan’s gross domestic product is only about $12 billion.

“This will become the backbone of the Afghan economy,” said Jalil Jumriany, an adviser to the Afghan minister of mines.

American and Afghan officials agreed to discuss the mineral discoveries at a difficult moment in the war in Afghanistan. The American-led offensive in Marja in southern Afghanistan has achieved only limited gains. Meanwhile, charges of corruption and favoritism continue to plague the Karzai government, and Mr. Karzai seems increasingly embittered toward the White House.

So the Obama administration is hungry for some positive news to come out of Afghanistan. Yet the American officials also recognize that the mineral discoveries will almost certainly have a double-edged impact.

Instead of bringing peace, the newfound mineral wealth could lead the Taliban to battle even more fiercely to regain control of the country.

So all this time this was the reason why Afghanistan was the "right" war. And here I thought it was all a CIA ruse to control the opiate trade. Well, it's not like we were every going to leave Afghanistan anyway, right? I think I saw a movie about this once, only it had a bunch of sexy blue cat-people in it.

This whole thing is a pretty huge discovery, I guess. Afghanistan goes from not having really anything to being the new minerals envy of the world in one short stroke. The lithium deposits are probably particularly appealing to the U.S. so they don't have to deal with Commie scum in Bolivia.

Oh yes, a mineral wealth in a country already the most corrupt in the world? Fuck yes! Couldn't ask for a better way to start a week off. Afghanistan is going to be America's biggest strip mine - move over West Virginia, we got a new player in the game!

I do have to laugh about the "Just found out" part. Ha! This has been known for a long time, it is an untapped resource that can be held through military power, of course we are in there. Would you look at all this awesome stuff in this country we invaded and occupied? How unexpected and lucky for us! I just can't believe America's luck on this whole war on terror thing. How lucky we are, I tell you! Though if there is actually a lot of lithium, then China is going to freak the fuck out. 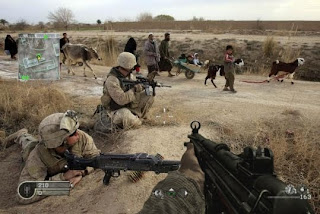 Those poor heroin growers and traffickers, they don't know what hit them and what will hit them next. Why yes, I do hope these new found riches bring the Afgahni people many generations of prosperity and good will.. Though we both know that shit isn't going to happen.

You see, if a country is at a certain development level, discovering more resources is generally positive, see for example OPEC nations, etc. Unfortunately if they are not of that level a wealth of resources seems to have a purely negative effect. See as an example the Congo and hell, all of Africa. Look how rich the average Jamican is thanks to Alcoa. Afghanistan obviously falls in the second category. So I can't really see even a glimmer of hope in what should otherwise be a joyous occasion for its people. 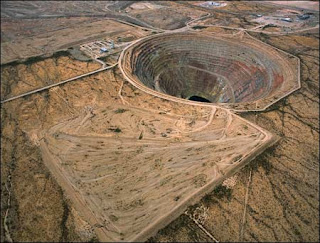 Afghanistan will be horribly exploited, of course. The average Afghan is going to get zip.shit for this, just like the resource rich nations in Africa have people who are poor as shit. At least the opium will dull the pain of 14 hour mining days.

How did they even make this discovery? Whoops, we accidentally shipped a team of geologist and their equipment to our temporarily occupied territory. Might as well let them look around while we arrange return flights home. Maybe they stumbled across the precious metals while going through one of those supposed underground mazes Osama was hiding in. Imagine that, finding minerals in a region renowned for its mountains? What a shock!

But do people still honestly think we fight wars to spread democracy, freedom and the American way? I guess the last one is true since the American way is capitalism and.. well, we all know that's about fucking over your fellow man. But really, Americans have been brainwashed by multiple generations into believing this bullshit. It's all about greed. Always was and always will be. Just watch China as they invade and actually succeed in Afghanistan.

All in the name of new laptops!
Posted by Booster Gold / Javier J. at 8:11 AM