The Audacity Of Marketing

The Audacity Of Marketing

With Obama becoming President of our fine nation and bringing CHANGE, much like any shift from one President to another. Oh wait, this time the President is going to be a brotha, that's why we're all going crazy I guess. With the inauguration the day after MLK day, it's hard not to make the parallels between the two and realize how far we've come in not wanting to vote another old, senile, white guy President. But have we come far enough in the product placement?
Hennessy is unveiling a limited edition bottle 44 in honor of Obama becoming the 44th President.. 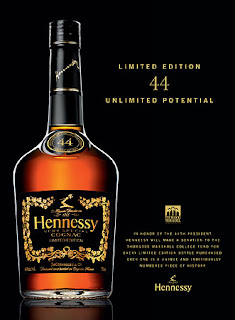 “This collector-edition, individually numbered bottle will further cement Hennessy’s roots in the urban community, with a percentage of proceeds being donated to the Thurgood Marshall College Fund to help enable America’s next generation of leaders,”

I don't know about you folks, but I'm thinking of making some Cognac Mashed Potatoes with that shizzznet. Fo' Shizzle, My nizzle. Come Tuesday I'll be drizzled


Nothing shows you're more concerned about our nations health care other than getting a big ol' 750ml bottle of Hennessy.

Perhaps this is the best we can do in this economy. I mean, after all, Obama is doing his part in being a merchandise machine to stimulate the economy.I hear reports that just about every gas station in the D.C. area has shirts, buttons and other 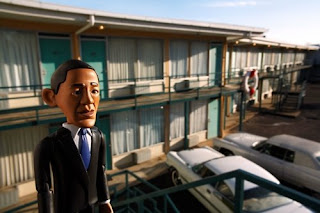 But then there's those advertisements that just get to me. I mean, I know I make fun of the whole CHANGE WE CAN BELIEVE all the time. Hell, the title of this post is all about that mocking tone. But then there's those that abuse these sorts of holidays for nothing more than profit. Chrysler for example. Can they die already? It's not like they haven't taken enough from the bail out but now they're really scumming it in their current ad campaign to get more cars sold.

That is one of the dumbest ads I've seen. Hell, no wonder they're so deep in debt and not making money. Did you see that ad? The car is driving on the wrong side of the road!

I suppose that I shouldn't complain. We are in a capitalistic society. No matter what Saks Fifth Ave wants to instill on you 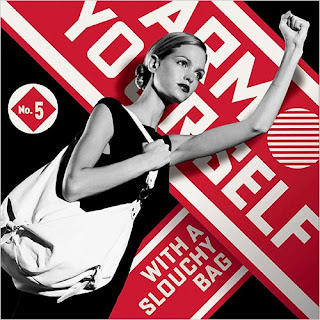 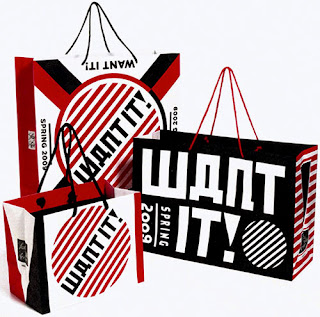 I'm not even sure what this is suppose to be about. I mean, I dont even get what fairey's going for with the faux-soviet aesthetic combined with the blatantly materialistic slogan. I know Soviet propaganda style is becoming really popular in advertising, assumedly because it's long enough ago that no one takes it seriously.

In other words marxism is now "ironic"
Posted by Booster Gold / Javier J. at 9:18 AM