Abortions By The Dozen, Some With Glaze

Abortions By The Dozen, Some With Glaze

Lets face it, no matter how many people there out there trying to lose weight for the new year, Krispy Kreme just likes to be the huge dick and offer free doughnuts . I forgot what the excuse the last time was. But they generally just have a "Flag day, come get a doughnuts!" sort of promotion to give out a free rounded calorie count. 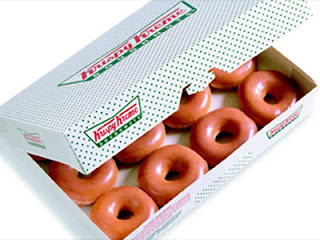 In honor of Obama making it to the White House, they're going to give out a free doughnuts to everyone in America on Tuesday. Yes, even those lazy asses who didn't vote in November. Oh yeah, that's the last time they gave it out for free. Election day! It was a simple honor system based on if you voted. Shit, my memory is gone since I even blogged about it.

But something rubbed the Pro-life (Which may I say is the worse possible name for anything. I mean, who the fuck is Pro-death?) league of America really took some issue because of this. Why? Well, I have no idea why. Well. I know why, but it's a stupid god damn reason to take offense to this. I mean, seriously. But they sent out a strongly worded response to this promotion and it's really perplexing.

You're getting frustrated with this sort of run around. Let's just get on with it. What makes these doughnuts abortion doughnuts ? Just take a look at the press release for the event and it should be clear to you.

Krispy Kreme Doughnuts, Inc. (NYSE: KKD) is honoring American's sense of pride and freedom of choice on Inauguration Day, by offering a free doughnut of choice to every customer on this historic day, Jan. 20. By doing so, participating Krispy Kreme stores nationwide are making an oath to tasty goodies -- just another reminder of how oh-so-sweet 'free' can be."

Still don't see how these doughnuts are equivalent to passing out date rape pills and coat hangers? Well then you're not paying attention to the part where it says:

How dare they! Freedom of Choice! Why that's laced with abortion talk. In fact I had three in the process of writing this sentence! We shouldn't have the freedom of choice for anything. I would say they wouldn't be all pissed off if it was simply retitled to Pro-free doughnuts or Life-nuts? I have no idea. 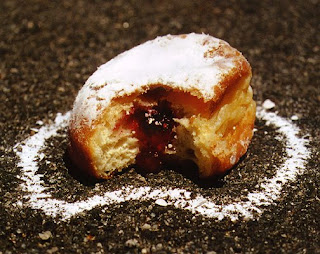 But their insanity went on to tin foil levels.

"Celebrating his inauguration with 'Freedom of Choice' doughnuts - only two days before the anniversary of the Supreme Court decision to decriminalize abortion - is not only extremely tacky, it's disrespectful and insensitive and makes a mockery of a national tragedy.

Oh the mockery of Woe vs Wade. Come on, people. This is for a free doughnuts . I doubt Krispy Kreme really wanted to send out the kill babies sort of mentality. But since we're on the subject, national tragedy? What bothers me more is the unstated assumption that abortion began with roe vs wade, when in reality it's been around in all parts of the world since prehistory. There are herbal remedies that can incite an abortion

"A misconstrued concept of 'choice' has killed over 50 million preborn children since Jan. 22, 1973. Does Krispy Kreme really want their free doughnuts to celebrate this 'freedom.'

And ironically, I'm sure Krispy Kreme doughnuts have cut the life of 200 million short due to diabetes. So even if Krispy Kreme did care about "preborn" fetus, I doubt they see any money off them and thus, wouldn't care.

This is absolutely absurd on every level. Apparently the very word "choice" is somehow simultaneously related to abortion in each and every instance the word is said in relation to American politics. Next time you have the choice for paper and plastic, just think of how you're approving of killing babies!

But to be fair Krispy Kreme is pretty evil. They sometimes pull nearly fully formed doughnuts from the oven, ram a spike into the outer portion and pump viscious cherry-red fluid into the doughnut until it completley stops rising. Delicious! 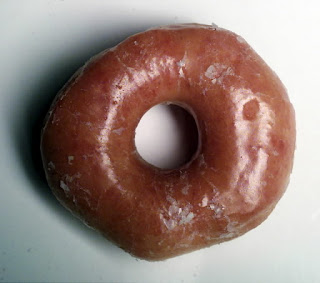 This donut should have been aborted as it's clearly misshaped.

The free doughnuts should be half white glaze/half chocolate glaze in honor of Obama. But they're making it sound like right after he is sworn in, he's going to go through the crowd and start punching any pregnant women in the stomach.

I wish pro-lifers were as concerned about actual children that were not aborted instead of bitching and moaning for the potentially alive ones. When you break it down Tampax and Trojan are supporting abortions.

Now enjoy the sounds of an Abortion song