Bettie Page died last month at the ripe old age of 85. She left behind the rift in the sexual acceptance in our media. While we playfully allowed it to seep into our society in a sort of acceptable level, even having time square be filled with seedy theaters filled with pornography, our society has backed off from allowing it entirely in. As is evidence of Time Square now being a Disneyland type of tourist trap.

Larry Flynt and Joe Francis were (comically?) Asking for a Government pull bail out.

Francis said in a statement that “the US government should actively support the adult industry's survival and growth, just as it feels the need to support any other industry cherished by the American people."

“We should be delivering [the request] by the end of today to our congressmen and [Secretary of the Treasury Henry] Paulson asking for this $5 billion dollar bailout,” he told CNN Wednesday.

Flynt and Francis concede the industry itself is in no financial danger — DVD sales have slipped over the past year, but Web traffic has continued to grow.

But the industry leaders said the issue is a nation in need. "People are too depressed to be sexually active," Flynt said in the statement. "This is very unhealthy as a nation. Americans can do without cars and such but they cannot do without sex."

"With all this economic misery and people losing all that money, sex is the farthest thing from their mind. It's time for congress to rejuvenate the sexual appetite of America. The only way they can do this is by supporting the adult industry and doing it quickly."

So far, there has been no congressional reaction to the request.

I'm just happy that I had a CNN article to quote and I hold on to my Journalistic integrity by not having to site TMZ for this story. I'm going to need as much integrity to get a pass for the next paragraph cause it's going to be... hee, what? I just have to get it out of my system.

Looks like the porn industry are in it deep. They must be hard up for cash. They're on their knees and they'll do anything. They're just in a tight spot. They put their money in the bad area and got fucked by a few investments. They took one to the face and it's just hard to swallow such tough times. But perhaps I can get behind this bailout. It would really get the industry out of a sticky situation. We should really go to their aid. They're too big to fail. They just need to offload their immediate liquid assets and then quickly merge with as many partners as possible to lower overhead.

Ok. That's it. I've got it all out of my system. How about something besides terrible puns?

This is ridiculous, these companies have continually failed to drive innovation or technology and are quickly being outclassed by the Japanese. If they can't compete let them fold, its not the onus of the tax payer to support big industry that refuses to grow with the time. 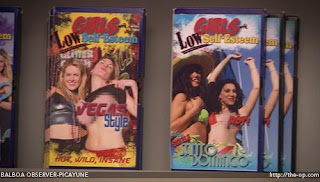 The demand for high production quality was never terribly high so the digital age meant literally everyone with a handycam and a couple spare table lamps could produce and distribute pornography that was 90% as good as the highest quality professional pornography. its socialism at work and the only losers are the bourgeois bead-throwers.

Or you can go the whole high class production method and get the following:
3 big ass lights (can be rented for a day for about $75 or so)
1 mini DV camera + tripod (near $100 rental per day of shooting)
1 editing-capable PC (chances are you can do it on your desktop PC)
Editing software (free on torrent, yay!)
1 male performer (ranging $700-1000 per day of shooting)
1 female performer (ranging $900-1500 per day of shooting)
1 Script (write it yourself, you cheap bastard)
1 Director (this would be you)
10 crewmen or so (draft friends, assuming you can use the camera yourself)
transport and make-up. I mean, no matter how pretty your performers are, the camera is merciless.
Food for the day 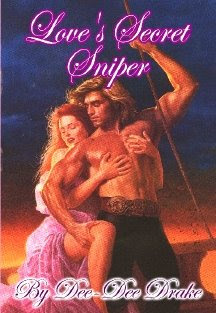 Maybe they have it all right. I mean, if someone was willing to pay me to get naked, you're damn right I would. Hell, I've gotten naked drunk for free! What am I doing not charging? Perhaps a bail out is needed. Can we somehow use Obama's Yes We Can chant somewhere in this movement?