Justice Is Blind... And Slow As Fuck - Graffiti

Justice Is Blind... And Slow As Fuck - Graffiti Issues

Remember back in January when some morons messed with me and I went all batshit insane on them.. causing them to get locked up? Well, it's still not resolved. Which is sort of strange since that's five months for a man to sit in jail (cause shit, bail is insane, right) without a court date. Ok, that's not entirely true. There has been many court dates so far, only none of them have resulted in anything besides being postponed and pushed back.

I've constantly received subpoenas for this case but by the time the date rolls around, I don't get any sort of call, even though I am "On call" on the matter. In the last five months it has changed hands at least four times into three different DA's hands. 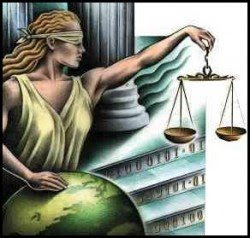 So perhaps the lesson here is don't be a douche and commit large scale crimes? Either that or if given the chance to get a real lawyer and not a public defender, GET A REAL LAWYER! It'll be better than sitting in a jail cell waiting for your day in court while the overworked public defender works through his cases. Sort of throws it in the face of that whole "Fair and speedy trail" clause in the bill of rights, right?

I guess I can't say I'm pissed off about that. Dude was threatening me and I had to beat him away with a toy lightsaber. But still, I'm also waiting for some sort of compensation so I can fix up properly all the damage they caused all in the name of Graffiti.

So don't mind me while I jump on this whole Graffiti subject since it's something that hits close to home. It seems that the City of Santa Ana knows how to combat Graffiti. Take a look at this handy little guide they have created to combat new taggers. 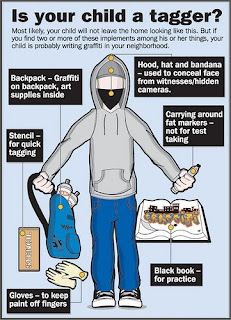 Oh shit, I have most of those things. Does that mean I've been sleeptagging? I'm really concerned about this because all of the graffiti near my house just says "I'm gay" over and over. If that's me, I really want to address that!

The thing I don't understand about graffiti is that if you're over the age of 18, there's no reason to do it. What are you rebelling against? Can't you sell drugs? How about rob a liquor store? Be a stick up. Jesus fuck, just do something that will actually make a difference or make an impact in some way. 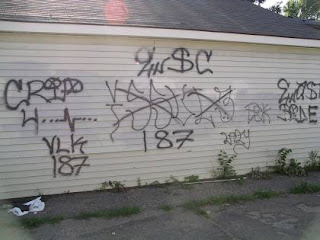 When people tag my place or some place near me, you know what I do within the next few days? I paint over it. It doesn't last. You can't drive by the area in a week or two and show off to your friends. Hell, who's to say you even wrote that? Where's the proof in actually doing the act yourself?

There's just no profit in graffiti. You may be dumb fucks who tag, but how hard is it to realize there's no benefit or win fall from tagging? If you're under 18 then maybe, just maybe I can see the idea behind it. You don't have bills to pay, you live at home with mommy who's working a double shift or you don't have any real bills to pay. But I would imagine you'd like to get money. Something tagging doesn't help you at in any way. Hell, spray cans aren't cheap. You're losing money with every spray of the can. 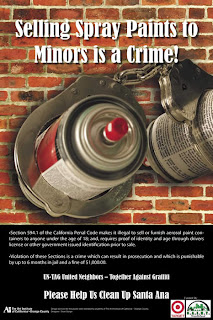 For me, if I'm going to risk getting tossed in jail, maybe I would like to make some money out of it. Tagging just doesn't sound like a fun activity. You get your hands messy, because fuck all if I ever figured out how to use a spray can for my art class without my fingers getting paint all over them.

But back to the justice system, which is indeed slow as fuck. No wonder people are so afraid of the law. I would hate to be mixed up in the system because it's hard as fuck to get out of it. They keep terrible hours and they don't really give a shit about your daily life as long as it's making the state money in some way. So I'll continue to wait as the courts decide when they want me to be a witness, which, I may add, sucks as all hell. You're being mad dogged by the person on trail, even though they're the scum criminal they still act like you're the bad guy. 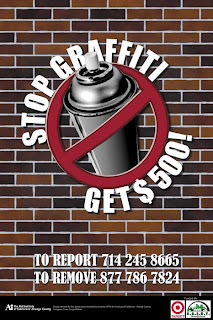