A group of tired technicians crowded around a whirring little printer spitting out random blocks of numbers and punctuation, like someone clearing their throat. Everyone shifted from foot to foot with anticipation (except the printer [inanimate]). They waited for it to stop chattering nonsense and produce the first message sent three and a half hundred miles through the experimental and top secret network that would become, someday, the internet.

BUZZZZZZ went a buzzer, indicating data had successfully crawled through the patchwork system they had been fixing and inadvertently breaking for years. The printer hesitated, reversed itself, then rolled out a paper, like a scroll sent down from God. 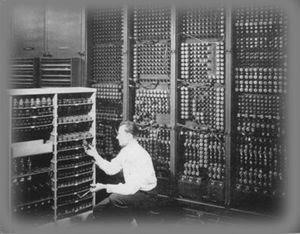 He was a medicine man of great importance. He stood naked before the tribe, took a slow deep breath like he did before every performance, then suddenly howled and began making wild leaps and gesticulating with both spindly arms. This was to indicate that the gods were well pleased with the latest batch of human sacrifice and would now deliver the rain the village desperately needed.

The crowd shrank back as he danced, and suddenly "Half-wit" Hao reached over and stabbed a kid.

"The medicine man says the gods are angry. We must sacrifice more," said Half-wit, as the kid went through the usual post-stab rigmarole (bleeding, gurgling, dying, etc.).

The medicine man stopped dancing and grunted in annoyance. He stomped over to a nearby tree, tore off some of the bark, and scratched a crude caricature of a smiling face onto it. He began to dance again, this time with the smiley face over his face to announce the intended mood of his actions.

"Sorry kid," said Half-wit, but the kid was already dead. These things happen.

Two kids sat in the back of a small movie house, bored out of their minds, but reluctant to face the chill night outside. Then one of them got an idea.

"Watch this," he hissed to his friend, and hurled a peanut at the screen, nearly bouncing it right on the image of the actor's nose. His friend giggled.

"Neat," he said. "Let me try." This peanut was a dead on hit, smacking the completely unaware film character right in his flickering, black and white nostril.

"Yes!" they shouted together.

"First one to hit a nose five times wins," said the first.

The theater manager rushed in to see who was making the noise. He was about to shush them when he saw what they were doing. He watched thoughtfully as they hurled peanuts and giggled. It seemed that these young boys got far more enjoyment out of video entertainment they could also interact with. Another peanut smacked a nose. The boys cheered.

"Say...that gives me an idea," said the manager.

And that's how selling snacks in movie theaters was invented. 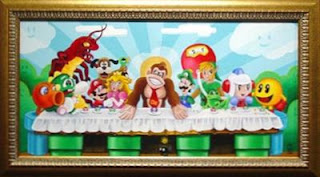 The first black president was Kuta Kente, a skilled hunter from a small village in a forested valley around the year 800 BC. One day, the tribe got together and voted him leader. Civil rights history was made. 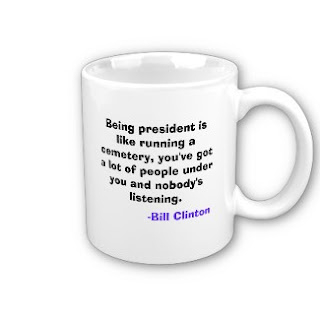 The first lie occurred when a pre-human ape-like creature (female) approached a pre-human ape-like creature (male) with which she had been coupling regularly for many months. When they had first initiated coupling, he had been spry and virile. His fur had been thick and masculine, and his hindquarters contained great amounts of strength. Now, with the old age of their short life spans catching up with him, his muscles were lax and his skin was flabby. His fur was graying and falling out in clumps. When he walked, it was with a sad limp from an injury sustained three weeks earlier.

She approached him, and the male pre-human ape-like creature rose up and slowly made the motions of sexual wooing towards her. The sight struck her as a little sad and more than a little silly, the way his belly waggled along with the tired muscles of his groin. But she enjoyed his company, and retained an inexplicable fondness for the creature he had been and the creature he had become.

So, bringing something into the world that had never been there before, she pretended to him that his dance was making him irresistible to her. She knew that he hadn't the energy to actually couple with her, but wanted him to be able to retain his pre-human ape-like ego. After she responded agreeably, he dropped back onto all fours and the two of them leaned into each other contentedly. Having never heard of lies, he believed that the female creature he was with found him just as attractive as she had when they had first made mating motions towards each other all those months ago.

This was, not coincidentally, also the first time love existed. 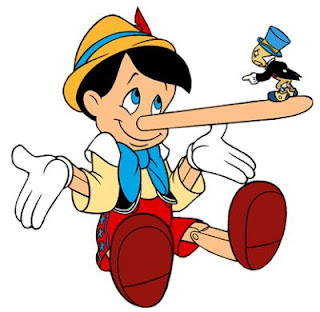 The last first, incidentally, was on July 24, 1978 when Ms. Marianne Bartrum scratched her nose in a way that had never been seen in our universe or any of the many parallel universes. After that, everything had been done.

But somewhere, lying in a forgotten government archive, is a print-out dated October 29, 1969, that gives some clue as to how to find meaning in this finite, repetitive existence. 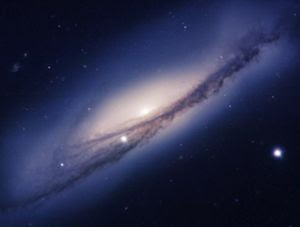