I know it's morbid. Very very morbid. But I love doing this every year. Some people have the Superbowl, others have the slots in Vegas. My poison is to figure out who's going to bite the big one and push some daisies up in 2009. You know, if they make it in time they can secure their spot on the Oscars telecast.

There's Chinese parlor houses using emerald tokens right now putting their organs on the line for.. well, I suppose it's money that they're gambling on. I mean, who would gamble for anything different? We're not in Japan and this ain't no pachinko machine around.

So how does the game work? You come up with ten celebrities who you think have a higher risk of dying over the course of 2009. Then we apply a 100 point system. You take the age of the corpse and subtract 100 from it. At the end of the year you add up how many points you have from your stiffs and declare the winner. ... Well, it's a hallow victory unless you really dislike the person.

So here's my Celebrity picks on who will bite it in 2009.

Hugh Hefner - He dropped his other girlfriends for twins. They'll give him a heart attack and I'll get some points out of it.

Roger Ebert - Writes the best movie reviews but has lost the ability to talk and isn't in the best health.

BB King - Diabetes and he's not looking like he's in great health. One of those bittersweet picks. When he dies he'll take some great music with him.

George Steinbrenner - Fuck the Yankees. He didn't show up for the last game at Yankee Stadium and stepped down from his position leaving his two sons to control the franchise. That's saying something right there. This dude's entering the bottom of the 9th.

Amy Winehouse - They told me she was going to live through 2009 and I said NO NO NO! Is there any reason that I need to give that isn't clear enough already? 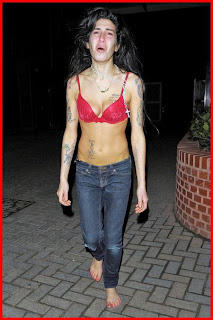 Patrick Sawyze - His dirty dancing ways are soon to come to an end. A case of cancer really means that I'll be surprised if he last six months into this year.

Ted Kennedy - How has this man escaped death and John and Bobby didn't, I'll never get. But death is seriously at his door already.

Larry King - We lose Tim Russert before we lose Larry King? There's no God. But I'm sure 2009 will balance it all out.

Barack Obama - It pains me to put him on the list. America got it right and elected the lesser evil. But we all know that this is a grim reality that we need to face. Someone will try to take a shot at Obama. Our country is too divided and there's way too many crazy red necks out there. I saw a lot of that living in the south for a short time I did. I'm hoping that this one is another dud. But being the morally corrupt soul that I am, I can't help but put him on my dead pool list.

So there you have it. , that's my list. I encourage you to email me with your list and I'll add you on. Winner will get some strange prizes I'll accumulate over the year. Not to mention the satisfaction that you called it. You morbid sick freaks!
Posted by Booster Gold / Javier J. at 6:19 PM