Yes, that's right. This spotlight on an American Socialist is going to highlight a nerd like no other. Bill Gates. I'm sure you're asking what makes this man a socialist and why you should put him in an McCarty era black book already. How could a man who had the major hand in coming up with what you're more than likely viewing this blog with be considered what America fears.. socialism?

But it's exactly for that reason. He made hundreds of billions of dollars selling overpriced software to the richest 10% of the world and now he's giving almost all of it away to the poorest 10% of the world. Do you have any other word for that than Socialism? I think not. While it's true that he still lives in a 60,000 square foot home, I'm willing to put my name on this being such a role of socialism. Such action is the largest individual downward wealth transfer in history. maybe.. maybe only the super-rich can save us?? 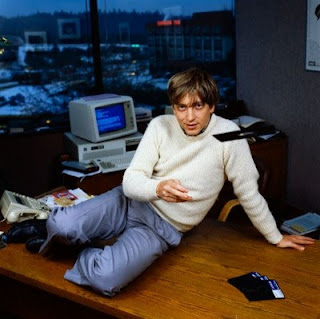 The only sad part in all that is that I'm sure it's still not even a fraction of the bank bailout, which is oddly enough the largest upward transfer of wealth ever. Now, I'm sure you'll be quick to point out that all this charity and donation is nothing more than a tax outlet. Yes, Bill Gates is all about getting huge tax breaks by siphoning money into his own organization. And yes, it's true that Bill Gates wouldn't be appreciably less rich if he hadn't antitrusted the hell out of everything.

At this point I should point out that mass redistribution does not always equal socialism. Nor does mass redistributor make one a socialist. Socialism is a body of theory on the administration of production. So maybe this action doesn't just make Bill Gates a socialist. But Andrew Carnegie was a socialist because he built a few libraries after breaking the backs of strikers for decades. 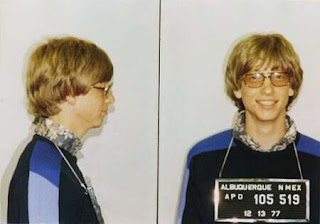 It's a shame that a large portion of the fund are invested in companies that actively promote the poverty that Bill Gates is trying to solve. But hey, he'll keep pushing that rock up that hill with the help of money. The guy has an endless supply of it. Just keep buying those Window products.

It would be interesting to see what would be accomplished if he had spent all that money on lobbyists instead. An assassination or two, perhaps? Him spending his money on ads calling for a tax n the richest 1% would probably do more than him giving every penny he has to Doctors without Boarders (which if you haven't yet, you should really think about donating to them) 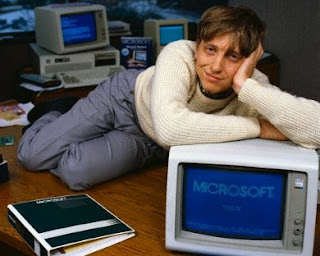 I think the only thing that could push Bill Gates into the realm of being a true socialist would be if he'd finance an American Socialist party to be voted in and help an actual transfer of wealth rather than avoiding taxes through his organizations. Just think about Bill Gates spending his money buying senators to vote socialist.

Especially with the new ad campaign rules perhaps he could buy out TV ads for the socialist party there. You know, it would probably be a ton of fun to drop effectively unlimited personal dough on making an advocacy group to just lobbying the fuck out of congress on whatever you want. DANCE PUPPETS! DANCE! 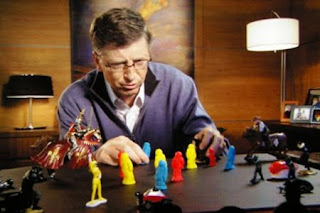 Then again, it would have to be hitting him deep in the pockets to make a dent, even for Bill Gate levels of money considering other lobbying expenditures.
That just shows how much our nation is in the pockets of big business. 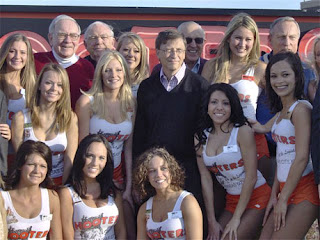 Still doesn't change the fact that Bill Gates is so rich he's past the "Must get richer so I can potentially buy anything I could ever want" phase and has reverted back to being a normal human being. Yup, that's how it works when it comes to money. You get the money hunger hypnotize eyes.. and then when you have that McScrooge level of large money bin amount of money you just realize you can and have already bought everything you need.

Maybe Bill Gates is just trying to buy a Nobel Peace prize. Let's be honest, he is more deserving than a war mongering president. Jut look at what he's done for illnesses in those third world countries.

One would start to wonder why Bill Gates spends so much money on eradicating harmful and tragic diseases from third world areas when he could spend that money on pointless elections in a spoiled rich country to effect no worthy change at all. But again, I simply said that it would be comical to try to fuck around with lobbyist. They're the ones who are really screwing over our nation.

Besides all that, Bill Gates can handle his own. I mean, how many times has he been ruthless and fucked over Steve Jobs over and over again? I would say that it has been at least a dozen times now. So I can't help but respect the man. Even if he's not entirely a socialist, he's still using a lot of his cash to help those who are in need. 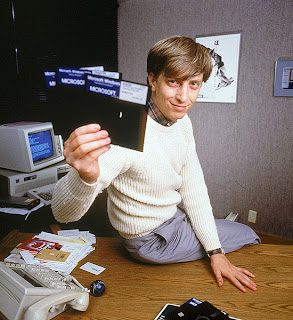 Besides that, with global warming (which should be called climate change) those illnesses that he's helping eradicate in third world countries is a good thing. Chances are they're going to start showing up soon in the states. I sure can't wait to see when some frozen bacteria starts some super illness that will kill us all. Maybe then the government will work with a little help from the Bill and Melinda Gates Lobbyist foundation..
Posted by Booster Gold / Javier J. at 11:33 AM