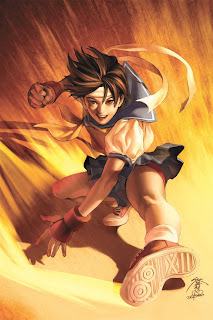 Arcades and I have a history together. I've grown up in them. What kid hasn't though? I remember the days of Pac-Man Arcade in Pasadena. I was young. Street Fighter 2 just came out and it was insane. The place was like a Chinese heroine den. Dark. Smokey. Gritty. You had the feeling that at any moment you could get stabbed and if you happen to throw one too many times at a game of Street Fighter, you would have. Don't believe me? I have the image of someone getting stabbed for less scarred in my mind.

It was fun and over time the fighting games changed but my love for Street Fighter never did. My character of choice was Ryu. Even with all the new challengers in Turbo. None captured my attention. I wont lie, I was good with Ryu and while it was still fun winning, the thrill was slowly fading into the mundane tired feeling. So when the Street Fighter Alpha series came around and gave me a handful of characters to pick from I leaned towards an a very unlikely character. 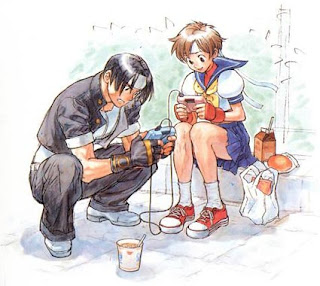 Here in the mix of back story characters and kabuki linebackers I ended up picking the small Ryu-lite school girl named Sakura. She presented a challenge. She didn't have the fireball reach of Ryu, she did this sort of hybrid hurricane kick that wasn't as effective and every time she won she would make the funniest character animations mocking the other person. Not to mention she was a school girl in a fighting game dominated by muscle bound men. It was a strange juxtaposition.

Soon I was kicking some major ass with her which was really funny to add insult to injury when people were losing to against me left and right. Something humiliating about losing your quarter and losing in front of your friends by a character like that. It was fun times. 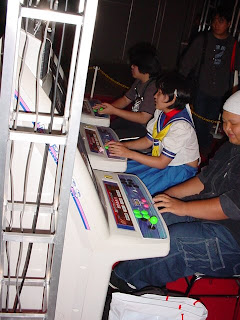 Flash forward to this year. Street Fighter finally gets into the fourth installment. Well, not counting all the alpha, turbo, strikes and puzzle games they made for the franchise. And the moment an arcade within 50 miles had a unit I was there trying out the new game play and seeing it in action. I have to admit, I was like a kid in the candy store playing as Ryu again. But it was missing something. It just didn't feel right and I couldn't put my finger on it. As if it was missing something.

Then I get word from the Tokyo Game show, which I'm dead set on going to next year. I know I always say that, but next year is time for it. Oh yes. But yes, word from the TGS is that Sakura is coming home with me when the game is released on PS3 and Xbox. I had to do a spit take when I found out this news. Holy hell, I get to beat up people again with a school girl and look like a strange pervert for picking the school girl in the process? Double score!
-

-
Would it be gay to say that I got as giddy as a school girl? If it is, I don't care because I'll say it anyway. Holy shit am I excited to kick someones ass again using a school girl.
Posted by Booster Gold / Javier J. at 12:10 AM