Dawn Of The Dead

Dawn Of The Dead

Dia De Los Muertos is the day after Halloween. So while all you ghouls and ghost are trick or treating and you "sexy ______" costume wearers are feeding a hangover you'll be nursing, us Mexicans are preparing our menudo and getting ready to go to the next celebration, Day of the Dead 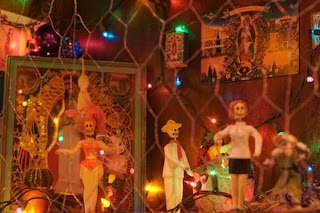 The idea of the day is that the dead come back to wander the earth for one day. While everyone is wearing costumes and has their face painted up as skeletons and other such things, the dead slip on by without being noticed to just chill. To appease them, family members build a shrine in their honor as well as leave out their favorite meal and other trinkets that remind them of the dead. It's a celebration of life, as morbid as it may sound on paper and it's a festive holiday that I rather enjoy for my own reasons.

Those may include such instances were I love skeletons, sugar skulls and the celebration of loved ones who have passed. Old memories and new ones made. In all, it's a time where you can dress up like the dead in a non-sexy manner. The Hollywood Forever Cemetery does it all in style. A good place to really soak in the culture of it all. Since I really don't want to type anymore, here's a lot of pictures so you get some idea of what this is like 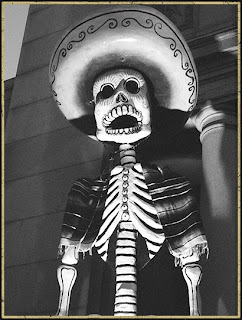 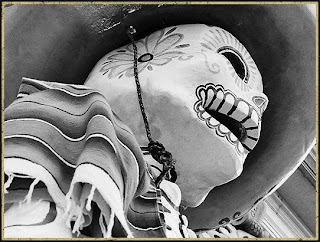 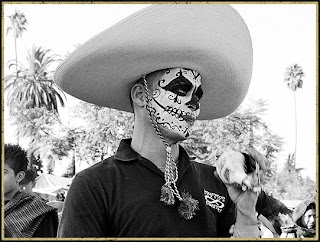 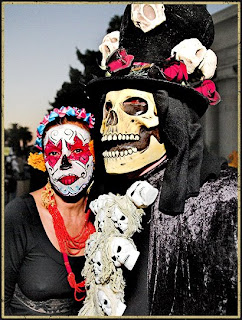 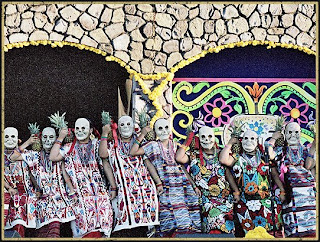 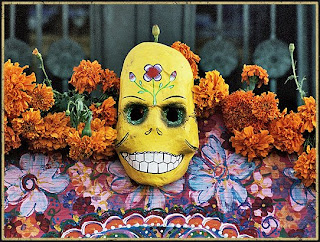 Utterly awe inspiring to have a cemetery turn into a shrine for the dead.. Oh wait, that's what it is normally. Hey, it's just bringing some life to the joint, is all. 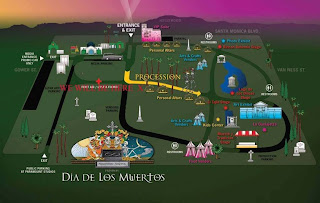 Disney is jumping in on the Dead wagon and are commemorating the holiday with displays of skeletons and flowers on day of the dead alters near the Rancho Del Zocalo Restaurante in Frontierland. Guest can get their spirit on by getting their face painted. They even went so far as to offer something for those hardcore Disney zombies, the button collectors by giving them a special button to try to capture. 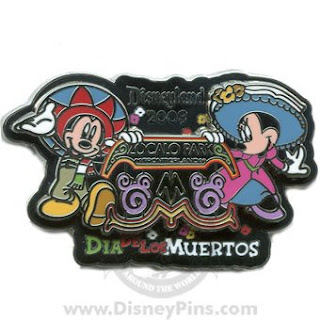 In all, it's really interesting that it's getting more media attention. Then again, we are in Southern California. With a large Spanish population, it would be hard to remain silent to the mass population of SoCal residents. Here's more pictures in light of me just not wanting to type more content. 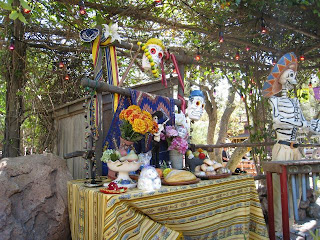 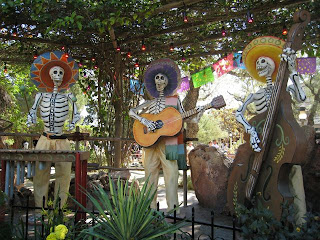 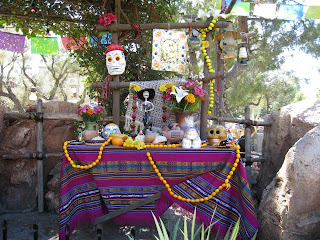 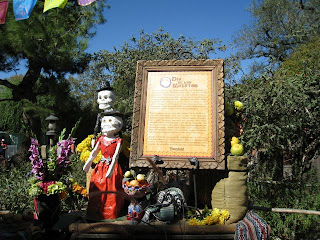 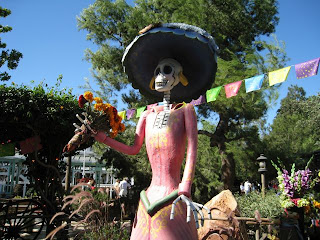 If that's not awesome at the same time being terrifying to any child within reach, well, I don't know what is. Good job Disney. Way to get on the ball. If I said we mounr the dead on this day, I'll have to correct myself. This day isn't so much about mourning the dead as it is celebrating with them. When we go out and party, drink up, eat up and take part of these festivities, those loved ones are with us. Enjoying the good times together. With that I'll leave you with quote.. but don't worry, I'll be coming back from the dead.

“Let us so live that when we come to die even the undertaker will be sorry.”
Mark Twain
Posted by Booster Gold / Javier J. at 4:47 AM