Nah, I'm just messing with you. I don't know anyone who can get you a gun. You're on your own. But I can give you a hint.. If you want to get something to shoot at things (read: people) then you're going to have to go to the number one seller of weapons 'o' mass pew-pewing: America.

WASHINGTON — Despite a recession that knocked down global arms sales last year, the United States expanded its role as the world’s leading weapons supplier, increasing its share to more than two-thirds of all foreign armaments deals, according to a new Congressional study.

The United States signed weapons agreements valued at $37.8 billion in 2008, or 68.4 percent of all business in the global arms bazaar, up significantly from American sales of $25.4 billion the year before.

Italy was a distant second, with $3.7 billion in worldwide weapons sales in 2008, while Russia was third with $3.5 billion in arms sales last year — down considerably from the $10.8 billion in weapons deals signed by Moscow in 2007.

The growth in weapons sales by the United States last year was particularly noticeable against worldwide trends. The value of global arms sales in 2008 was $55.2 billion, a drop of 7.6 percent from 2007 and the lowest total for international weapons agreements since 2005.
...
The top buyers in the developing world in 2008 were the United Arab Emirates, which signed $9.7 billion in arms deals; Saudi Arabia, which signed $8.7 billion in weapons agreements; and Morocco, with $5.4 billion in arms purchases.

The study uses figures in 2008 dollars, with amounts for previous years adjusted for inflation to give a constant financial measurement.

You hear that? We're number one! Hell fucking yeah.. Hooo-raaah! If you're going to do something, you may as well do it right. How could anyone think this is a good thing? Well, clearly you don't own some lockheed stock. If you did, you'd be dancing in the streets, just like those countries do, shooting their AK's (which more than likely were bought through us). 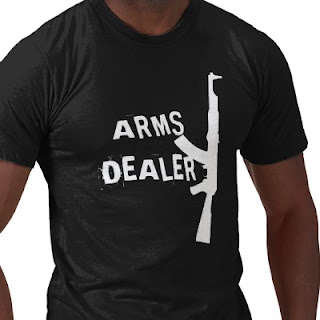 It does bring up a good question. What's the list of countries who spent a few million on weapons. Someone has to be buying them to make us such a power seller. We can't be selling them to ourselves, now can we? There's also a bit of irony to watching our troops get blown away by our own weapons. If we all had guns, war would never happen, right?

I also wonder if this is all mainly guns/explosives and not a bunch of expensive computer systems, sensors and support packages. You know, all those heavy equipment that tell the guided missiles were to go. Because then we're just padding the numbers. If when we invade the countries we sell the weapons to, isn't it basically the same thing as an older brother saying "Quit hitting yourself! Quit hitting yourself!" while he pummels the shit out of his smaller brother? 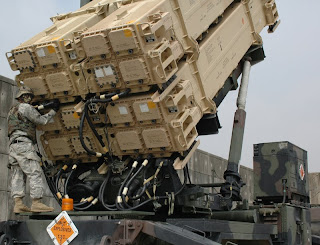 I'm a bit surprised that Italy is #2. What do they make besides decent small arms anyway? Spaghetti, Sports cars maybe. But who the hell is buying these small arms like Benelli and Beretta? Pea shooters compared to what we have on the sales floor. Boo-yah! How are you going to kill the mass amount of people with those silly little guns? Come on, Italy, step it up some if you want to be a true death dealer like the good 'ol U.S. of A!

But to be fair, I'm not sure how much death dealing America is really doing compared to the other guys. Yes, we're selling a lot of weapons to our frienemies so they could kill our enemies, but the measure of death we're propagating can't be measured by the dollar figure and it doesn't give full perspective to quantity of weapons and their use. I would venture to guess that the $5 million Bulgaria-Congo arms transfer of the world probably wind up killing more people than the $350 million US-UAE transfer. 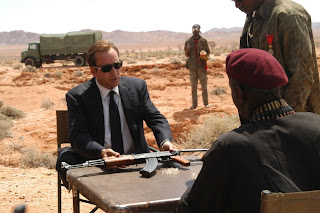 Look at it this way, more people have been killed with $120 rifles than $100,000 missiles because most violence in the world consists of poor people killing other poor people and the means to inflict suffering are very very cheap. It may not be very accurate, but you shoot enough bullets through an AK and you're bound to hit someone. Sadly that someone is usually the innocent.

Most of these sales may be for big ticket items. It's countries going to Washington going on spending spree buying shit they could not possibly need to meet nonexistent or at best trumped up threats from Iran. Yes, my tiny desert Emirate needs 300 modern main battle tanks.. It's like going to Best Buy and buy a high end gaming computer to do your taxes.

If there's one thing that is clear from all this and that we need to take to heart, it's that we clearly need to spend more on defense. Look at how many guns and weapons we sell to other countries. We have to stay ahead of them or the terrorist win.. I mean, literally, they win with our toys!
Posted by Booster Gold / Javier J. at 4:53 PM