Paul Has Been Dead All Along

Paul Has Been Dead All Along

Earlier this month The Beatles remastered disc were released. Oh yeah, and some Beatles rock band game people are playing was also released. I've had enough time to play around with them like a kid on Christmas.. as much as a kid can play with music on Christmas....

It's Sunday and well, I have to say that it really doesn't feel like a Sunday for me if I'm not listening to The Beatles sometime during the day. It's the way I grew up with Breakfast with the Beatles and going to the Pasadena flea market. Yeah, that's the ticket. Now that I've had almost a month to play around with the music, as much as one can play with music... 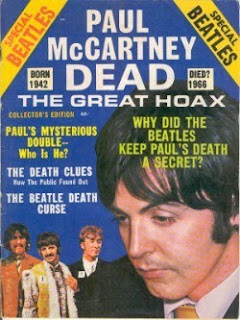 In any event, I have to say, I love the music. It's such a great thing to sit around and listen to the sounds of these remastered disc. As we're only four days away from Halloween, it's time to talk about spooky things.. Well, this isn't so spooky. It's just fact. Paul is dead. He died a long ass time ago. Yup, that was the urban legend long before snopes.com was ever around to confirm/deny it. The writing was on the wall and to be honest, I suppose I would have swallowed this pill if I was a youth at the time.

How could you not? Or, more to the point, what am I talking about, right? The legend goes that sprinkled in the Beatles music, by chance or deliberately placed, there is clues telling the listeners that in 1966, the original Paul McCartney, while working on Sgt. Pepper stormed out of a recording session after a fight and rode off in an Austin-Healey that he crashed into a lamp post and died. He was replaced with a Paul look/sound alike and the story carried on without anyone noticing. 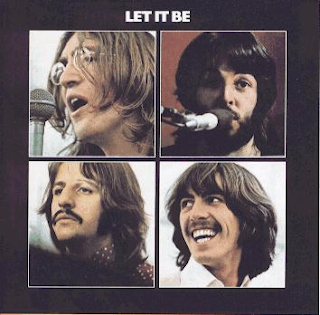 You may have been curious as to why on the Let It Be album cover it features photos of all the Beatles taken from their rooftop performance except for Paul, who looks like he is in a studio with a red wall behind him. What's the deal there? Did they just not have a photo of his that worked there? It's cause Paul is dead, of course.

Take a look at the Abbey Road cover in detail from your remastered box and Paul really didn't do himself any favors to dispel the rumors of his death by walking out of step of the others and smoking a cigarette. Not to mention walking bare foot. Anyone of those things on their own and you can easily brush them off. But for those that actually bought into him being a doppelganger or replaced, man it must have broken their brains at the time. There isn't enough tin foil in the world to cover one mans head with all those clues stacked against them. 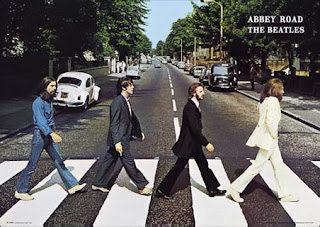 That stuff not enough to convince you? Take the lyrics of multiple Beatles songs. "He didn't notice that the lights had changed". At which point he crashes into a lamp post as you can hear car crash sounds in Revolution 9 and A Day In The Life. He was pronounced dead on a "Wednesday morning at 5 o'clock as they day begins"

A funeral procession was held days later, as was supposedly implied on the Abbey Road album cover by the Beatles' clothing. John dressed in white like a clergyman. Ringo wearing a black suit like an undertaker. Paul in a blue suit without shoes, as a corpse would and George dressed in blue jeans symbolizing a gravedigger. 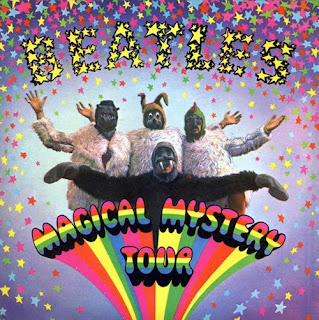 More than anything, the walrus represents death in many cultures and Paul is the walrus after all. He's the only one on the Magical Mystery Tour cover that is in all black. Doesn't that ring some bells there?Yes. Let's forget the influence of Lewis Carroll's work on John Lennon here and just go along with the idea that Paul is dead.

Never mind "The Walrus and the Carpenter" where they lure youthful, unsuspecting oysters to follow them only so they could eat them. Much the same way Lennon felt about the Beatles' role in popular culture. Their young unsuspecting fans were looking tot he Beatles for answers but Lennon had none to give, so he came to see the Beatles as a con artist. The Walrus regrets playing such a trick on the oysters and he weeps for them. This can be seen as John sings "I'm crying," in I Am The Walrus.

Then again.. I think there's only one person who could solve this mystery of a dead Paul... BATMAN! 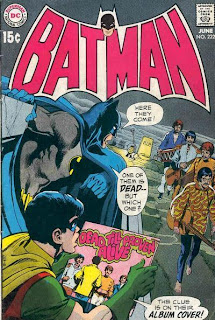