Cause if you do, the Republican National Convention would like to push this poll on you. 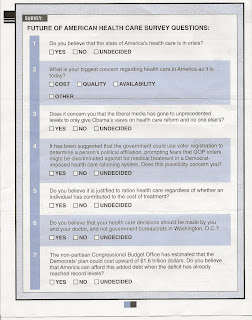 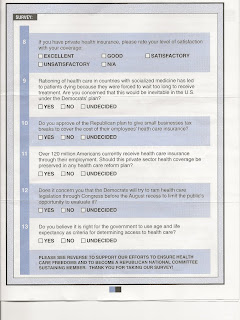 In #7, is "$1.6 trillion dollars" pronounced aloud as "one point six trillion dollars dollars"? Discuss
but they should have wrote out all the zeroes too. That would have really stuck it to those crazy liberals!

Polls like that one are the best. You get wacky shit on there like "Do you feel that the continuing slide of America into a state of lawless, moral-less atheism should be of more concern to lawmakers today? Y/N"

Just makes you livid. Damn those bureaucrats in warshington. They better not be standing between me and my doctor! It's no wonder why so many people don't like to deal or even think of politics. Better to live blissfully ignorant than realize how much bad shape this nation is.

So here you go. Let's fix up this survey and let's try to take it once more with better questions to answer: 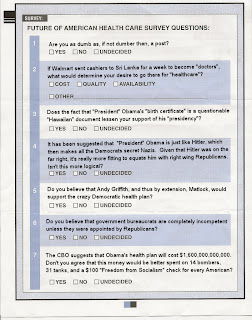 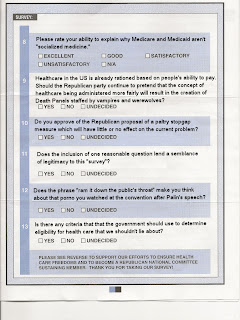 P.S. You're suppose to click on the pictures. Just want you mid-west folks to be aware of that.
Posted by Booster Gold / Javier J. at 7:34 PM