Zen & the Art of Motorcycle Maintenance

Zen & the Art of Motorcycle Maintenance

It's been some time since I last came across this book and even though I read this book long before meeting an ex of mine, for some strange reason when I see it, I'm reminded of her. It was during the spring/summer of 2007 when I started dating a girl named Stacy who I had met off the internet. That was a strange relationship. She was a sort of free spirit who had traveled around and didn't like Los Angeles at all. She felt that it was full of that fruits, nuts and flakes cliche you always hear.

In truth, that was one of the biggest snags in our relationship. Those reservations towards this fine city I call home. Not to mention she was located in Valencia. I mean, that's still a drive to get to. Talk about geographically hindering. She had moved back because her family firmly stayed while she ventured out to the world and then they all seemed to have their own family. Leaving her as the odd girl out. It was pretty clear that she wasn't done venturing out into the unknown and it did seem like sold out to conservatism as she tossed those values a side and took a corporate job in the housing market as an assistant home appraiser back before the bubble popped.

What's my topic, again? Oh yes. I'm getting to that.

Why did she even cross my mind when I haven't talked to her in a good two years now? I guess I got a flash back of her due to channel surfing and coming across a lot of Ghost Whisperer lately. She had a very striking resemblance to Jennifer Love Hewitt. I mean, she looked exactly like her only with none of the vajazzling weird shit involved....

I mean, what the fuck was up with that JLH? Glad I got that facsincation out of my system. But because she was this sort of free spirit, I recall that her copy of Zen and The Art of Motorcycle Maintenance was always out on her desk and it looked like she had read it a fair amount of times. So when I see that book it's hard not to be reminded of that period in my life.

While I had read the book, I wasn't a fan. I thought to myself that the book was full of complete shit and I could never tell her this. Perhaps it was one of the many things keeping this girl sane. I mean she was an ex-vegan who smoked -and in retrospect an alarming amount and would give me a challenge in polishing off wine bottles. She didn't want to be back in L.A. She claimed there wasn't any nature here, or at least nothing that paled in comparison to places she had been. 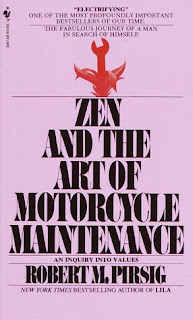 She had been through a lot and it seemed that this book, as poorly written (and coming from this blogger that's saying something) this book was, I really couldn't criticize it to her. As much as I go off on tangents in my writing, I still look back at Pirsig's books Zen & the Art of Motorcycle Maintenance and Lila, I still think I stay more on point than he does. Opening these books up and trying to read these once was enough to scare me straight. Looking at the words was like chewing on some nag champa with diesel fumes all up in your nostrils.

No wait, I have one better. let me review it in style. Bad book. made me sleepy. read half. don't remember shit except he kept talking about some carnival or something. I think that chataquas word that got mentioned earlier. he also has a dumb ass kid if i remember correctly.

As for the message and the lesson learned, you're better off reading The Secret. It's a terrible book by a terrible writer. The Motorcycle diaries is a lot better. Or better yet, if you want a book with good Buddhism read Pelevin, fuck that motorcycle shit. 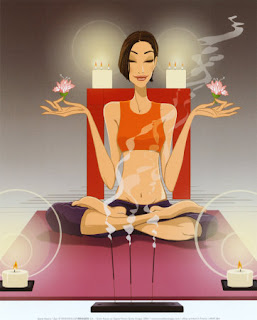 Both of Pirsig's books are ridiculous, and crazy go nuts. Why yes, here's 400 rambling pages about going insane. You might as well spend a week reading every blog post I have ever written as well as the few scripts I've written that now prop up one of the shorter legs in the writers room table over on the Fox lot.

I suppose if you like that book, you might also like The Perks of Being a Wallflower. In that they're terrible books for high schoolers. I recall all the autoshop kids read this book back in junior college. I wondered what the hell was wrong with them. Hey, maybe Motorcycle maintenance requires great piece of mind. You never know, right?

I should suddenly consider myself pretty zen. I zone out when I'm thinking about stuff like "whoa man" and I think I'd make a good Buddhist actually since I like to think about stuff a lot and Buddhist do that, right? Isn't that all you need to become one of them Buddhist guys? 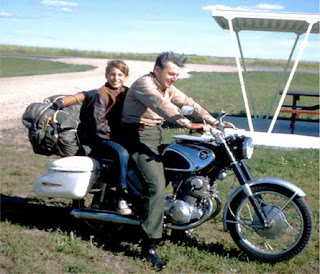 Really though, the entire point of Buddhism is not to get caught up on appearances and shit, if fucked up westerners want to adopt a pacifistic reflective spirituality and lifestyle, great, do no harm, right? Well, since that's impossible in the western world, I guess we should just meditate a bunch and afterward eat large amounts of animals.

Yeah, I guess you can read it for the plato-aristotle stuff, but I didn't like its attempt to make simplistic nearly everything complicated with whatever it happens to be referencing at the moment. Even if Z&taoMM isn't about integrating a holistic "zen" perception about the world, it's still basically The Secret and I can't support that crack pot bullshit no matter how you sugar coat it. 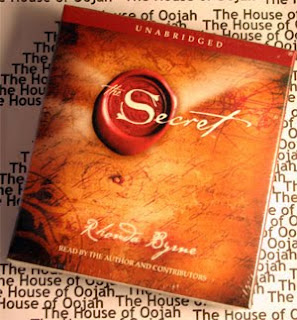 And to think this whole tangent happened because of a past relationship.. Pretty amazing what a simple item can kick in on your mind. Shit, now that I think about it, I consider that book even more of a load of shit and in retrospect, she didn't even live her life by this book at all.

You see in this shitty book it has the narrator and his buddy go out on a motorcycle journey. His buddy has a sweet ass, new BMW bike and the narrator has a piece of shit run down bike. The narrator takes the time to maintain his bike while the buddy just lets his go on till it's broken and then seeks professional care. Thus the whole moral zen bullshit used as a metaphor to your own body should be treated good by you and instead of running till you need professional help, you should learn to maintain yourself. 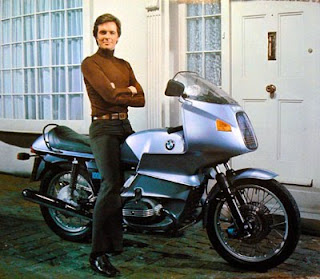 So when I think about her mentality on things, it's even more puzzling how the relationship even went bad. We never fought or had much disagreements. We didn't have problems, at least none that I really knew about. But apparently she just let whatever problems she had fester and didn't communicate any sort of things bugger her. It was pretty clear by the amount that she smoked that she wasn't happy with both her career at the time, nor was she pleased about being back in town. But there as also issues between us that I never figured out. In a sense, she (or we) let the relationship, much like that BMW bike, go on till the engine was beyond repair.

Not to mention that if we're doing metaphors here, she ran her bike to the ground in terms of sticking around in a place she clearly didn't enjoy. She was more at home in Colorado or Utah. She was about nature. I could tell from the hikes that we had gone on that she was clearly not enjoying the nature that SoCal provided. So maybe she should have read the book a couple fewer times and actually applied what was listed there. Yeah, I'm going to bash it and say it's way over simplistic in terms of Zen life lessons, but some ideology that is actually applied is a lot better than nothing. I mean, who wants to be a nihilist anyway? Say what you will about the tenet's of National Socialism, Dude, At least it's an ethos. 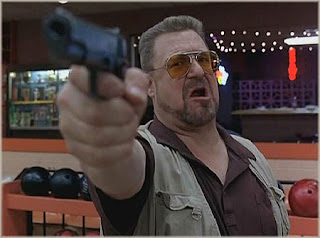 Now I haven't talked to or seen her in a good two years. I tried to extend a hand in friendship some time ago with an email stating all was well, but I never got any sort of reply. I did date her for a good six or seven months. So if anything, it would be of some comfort to eventually find out that she did find what she was searching for in life, a career, and all that jazz. Just realize that a book isn't going to help you out on that matter, especially if you're not even following it.
Posted by Booster Gold / Javier J. at 3:16 PM