What Are You Doing For MLK Day?

What Are You Doing For MLK Day?

MLK day is this coming Monday and that means that only two week after we had a pretty long New Years break, we're getting another three day weekend. I have to wonder about how much we're actually getting done in the first few weeks of 2010. Doesn't seem that it's very productive.

But never the less, MLK is one of those holidays that is important. So important that even though it was Martin Luther King's birthday on Friday, we're making sure we get Monday off to make it a three day weekend. Which doesn't make sense because if we had Friday off, it would have still been a three day weekend. Let's be honest, if this wasn't part of a three day weekend, racist white bread America wouldn't care about the Holiday. 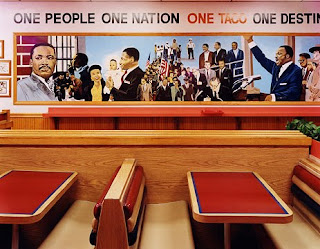 What it does mean is that we get a couple of days worth of MLK quotes in every media outlet. Much like this MLK quote I'm going to drop on you now;

You can’t talk about solving the economic problem of the Negro without talking about billions of dollars. You can’t talk about ending the slums without first saying profit must be taken out of slums. You’re really tampering and getting on dangerous ground because you are messing with folk then. You are messing with captains of industry… Now this means that we are treading in difficult water, because it really means that we are saying that something is wrong…with capitalism… There must be a better distribution of wealth and maybe America must move toward a Democratic Socialism.

Hmmm, so this whole idea that a powerful black man is all for socialism isn't a new thing after all. Who would have guessed that?

But hey, at least we're still celebrating it. Well, unless you're in Virgina, where it is offically called Lee-Jackson-King Day. That is until it was finally changed in the year of our lord two-fucking-thousand. Remember that there were almost riots in Richmond when they changed it. Man, that sure pissed off a lot of rednecks. If you ever want to out "redneck" someone, I suppose telling them that you're from an area that gave you the day off of school not for MLK Jr. Day, but rather because it's the first day of Deer Season. 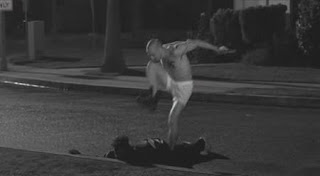 One ex of mine grew up in that sort of thing. She would tell me of her young school days when the guys in her elementary school would take an extra day off or two to make sure that they came home with that fresh kill. Oh yes, starting the new year not celebrating a dream, but a buck shot. That was a very strange relationship filled with a lot of culture clash, that much was true.

Then again, there's some theory that it was either MLK or President's Day that only exist because the ski industry wanted a 3-day weekend in the winter to pump their profits up a bit more before the end of the season. I'm not a skier, so I wouldn't really know. 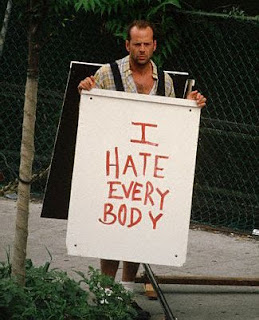 It does lead to a good question as to what you actually do on MLK day. Who is actually doing something interesting on Monday? Besides nurse the hangover from Sunday. Maybe I'll re-watch the wire. How about you? Please don't say that you're going to be drinking malt liquor, smoking menthols/Kools, eating fried chicken or watermelon and/or drinking orange soda and purple drank.

You could go down for a drive on MLK Blvd, cause I know unless you live in a really racist state, you need to have at least one of those in your city. I think that's the litmus test to see if you live in a non-gentrified city if you don't have a MLK Blvd. And as Chris Rock would say it best, those are the most dangerous places to be around. Such a tragedy.

But perhaps it's better that he died for the cause. I'm sure if he had lived, he'd probably have moved far to the right after seeing the 70's crime waves and the implosion of cities because of the great society.

Maybe I'll go old school this MLK day. You know, do something that Luther himself would do. Such as get investigated by the FBI, have communist sympathies, and get assassinated. Hmm, maybe I'll skip out on that last part. I have no cause that I really care enough about to die for in order to advance. I mean, I'm all for striking down Prop 8 and giving homosexuals the right to marry, but I'm not really to take one in the chest to get it done.

Hmmm, in retrospect I could have phrased that last statement better. Happy MLK day
Posted by Booster Gold / Javier J. at 1:37 PM