Haggis: Change I Can Believe In

Haggis: Change I Believe In

You know.. I didn't even realize this, but Haggis was actually banned in America since 1989. Well, not really Haggis in any form, just the more traditional Haggis with Sheep throat in it. I mean, when you have a meal made up of the extra body parts of the animal, not having the sheep's stomach or throat really make the difference. But it seems that Haggis is finally going to be un-outlawed in the United States.

The US government said it is planning to relax the ban on imported meats which prevents the sale of haggis.

The Scottish government said it was greatly encouraged by the move, which was also welcomed by haggis producers.

The ban was introduced in 1989 because of concerns about the safety of British meat during the BSE scare.

On the eve of Burns night, the US Department of Agriculture said new regulations were being drafted, in line with international standards.

Imports of Scotland's iconic dish were banned by the US 21 years ago because it contains offal ingredients such as sheep lungs.

In the words of Scotland's bard Robert Burns in his Ode to a haggis, the US could be said to have looked down with "sneering, scornful view" on the "great chieftain o' the puddin'-race".

The dish is traditionally served with neeps and tatties on Burns night (25 January).

Scottish Rural Affairs Secretary Richard Lochhead said: "I am greatly encouraged to hear that the US authorities are planning a review of the unfair ban on haggis imports.

"We are in regular contact with the industry on this issue and believe that reversing the ban would deliver a vote of confidence in Scottish producers, and allow American consumers to sample our world renowned national dish.

"An increasing number of people at home and abroad are recognising the fact that the Saltire is a stamp of quality.

"It's time for the US authorities to deliver a Burns Night boost and recognise that Scottish haggis is outstanding quality produce."

Jo MacSween, co-director of Macsween Haggis, said it would come as good news to expats and tourists.

She said: "I'm very excited by this news.

"In my experience when I have encountered American tourists in Scotland they absolutely loved it.

"So they will be delighted that next time they come to visit they can not only take it back but hopefully manufacturers like us will actually start shipping it there too."

Ms MacSween said sales of haggis were no longer confined to the Burns Night season in January.

The company has also diversified into products such as haggis nachos, she said.

Yay! Haggis! I'm sure America is cheering as a sign of progress appears. Renewed hope thanks to the action for something that should have been done almost 20 years ago. And again, I honestly didn't even know that there was a ban on this shit so I never even knew that Haggis was forbidden fruit. If I did, I may have actually made it a long time ago. 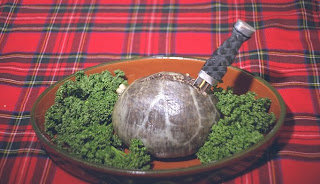 It's just another clear sign of our cultural decline. What kind of nation considers itself FREE when you can't legally buy, by U.S. and many state and local laws purchase or take part in the sale or consumption of sheep stomachs and/or brains? Who declared that sheep lungs are dangerous for humans to eat while still maintaining the fact that McDonalds could legally sell "McRibs" ? Answer me that.

I mean, it was only two years ago that the Sc0ts were requesting that America lifted the ban on this.

The Scottish Government is considering asking the United States to rethink its ban on haggis imports.

Imports of Scotland's iconic dish were banned by the US in 1989 in the wake of the BSE scare because it contains offal ingredients such as sheep lungs.

Only an offal-free version of haggis is available in the US.

The move would be backed by renowned haggis maker Macsween, which believes the American market could be a very lucrative one. 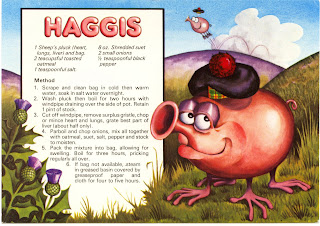 I mean.. it's something even Sean Connary could enjoy.. right? Hmm, Guess not. I don't see the big stink over Haggis. I mean even with their ingredients well know, it's not really that bad. How many of you eat Hot Dogs on a daily basis? Yeah, that's what I thought. You should never talk shit about Haggis again unless you make it a point to never touch another pig's anus and meat by-product filled Hot Dog again.

There's certainly a disconnect between what we eat and our knowledge on how it's made. If we were to really know how most of our food was made, we wouldn't be so carefree about it. Hell, half the shit you see at the market is nothing more than a couple of chemicals piled together to sort of taste like what you expect it to taste like. All thanks to lovely chemicals. So the idea that America has this high moral ladder because they don't allow Sheep's throat to be sold seems really comical in retrospect. 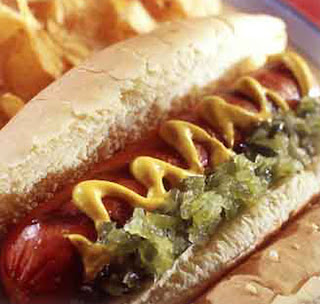 How about we just ban Potato pancakes? I mean, that's sort of what this 1989 mandate really did. You see, it's Burns Night.. er day. Yes, Burns Night. Today is actually a Holiday. So when you called in for work telling them you weren't coming in because of some obscure fake holiday, it was actually true.

What do you do on Burns night? Why you have a Burns supper, of course! It's a celebration of the life and poetry of the poet Robert Burns. He was the author of many Scots poems. So you're suppose to have supper on the poet's birthday. This is a common thing in Scotland and Northern Ireland. Since I have this fetish for red hair and that seems to be the mecca of this sort of hair condition, I suppose I know a little bit of Scottish Culture. 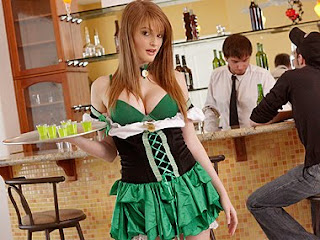 This tradition has gone back since the end of the 18th Century by Robert Burns' friends on the anniversary of his death. This supper is suppose to be a little informal and much like our thanksgiving is full of turkey, the Burns tradition is to have Scotch whisky and Haggis. You're also suppose to recite a lot of Burns' poetry.

So yay! I wonder if my local butcher shop will have sheep stomach and throat up for sale today. I want to celebrate Burns Nicht in style! Is there any more outdated and stupid bans we have going for food? Oh yeah.. Foie Gras. Fuck whomever thinks that it's hurting the animal. It's not. 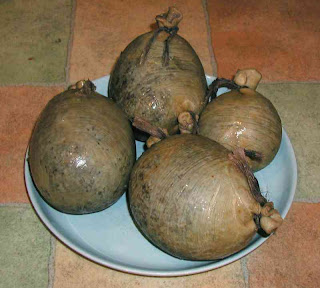 So regardless if you're Scottish or not, it's going to be fun celebrating Burns Nicht. I mean, he was the national poet of Scotland who wrote such classics as Auld Lang Syne and Comin' Thro' the Rey, which if you want to get into facts was the poem that inspired J.D. Salinger's The Catcher in the Rye. And how can he not be a hero of mine in the method that he was a boozer and a womanizer? So much so that by the time he died of the elderly age of 37, he had fathered a total of 9 kids.

So with that folks, Happy Burns Night everyone!
Posted by Booster Gold / Javier J. at 6:26 AM