Well, I Sure Feel Better Gitmo Is Closed Now

Well, I Sure Feel Better Gitmo Is Closed Now

Time sure has a way of flying. Especially when you're having fun. Well, in this case 2009 was part of the naughts.. which was a decade which I'd rather forget a great portion of it. Unfortunately for our President, a lot of that was caught on video tape. Say.. like this little piece


Yeah, that's right. A year ago yesterday Obama promised to close Guantanamo within a year. Hm, I wonder which timezone we're going by. East Coast I guess? Either way the day has come and past and we still have Gitmo sitting there with a lot of people still in there. But hey, they're all terrorist so it doesn't really matter, right?

A year ago today, President Obama ordered the closing of the infamous detention facilities at Guantánamo Bay within the year. This pledge committed America to breaking away from the lawless policies of the Bush era and restoring respect for justice and human rights.

Not only does Guantánamo remain open, but according to news reports today, an administration task force has recommended the detention without trial of nearly 50 of the 198 prisoners held there because "they are too difficult to prosecute but too dangerous to release."

Holding people indefinitely without charge or trial goes against the rule of law and undermines our nation’s Constitutional values.

Tell President Obama you want him to end indefinite detention and close Guantánamo.

Since the attempted Christmas Day airplane bombing, fear-mongering politicians have used the threat of terrorism to justify keeping Guantánamo Bay open. Confronted with these scare tactics and afraid of being branded "soft on terrorism," too few politicians are standing up for American values of justice and due process.

That is why it is absolutely essential for President Obama to hear from all Americans who want to see failed Bush administration policies reversed and these injustices brought to an end.

Tell President Obama you want him to end indefinite detention and close Guantánamo.

We must close the facility at Guantánamo and -- to be true to our values -- we must also end indefinite detention, try detainees in federal court, or release them to countries where they won't be tortured.

If there’s no evidence against a detainee, send him to a country where he won’t be tortured. And if there is evidence, bring a trial in the same federal court system that successfully prosecuted the terrorists behind the 1993 World Trade Center bombing.

President Obama needs to hear from people like you who believe in the Constitution and the rule of law, want to see Guantánamo closed and end the practice of indefinite detention.

Please join us in telling President Obama that you support ending indefinite detention, closing Guantánamo Bay and upholding American values of justice and due process.

Thank you for standing with us. 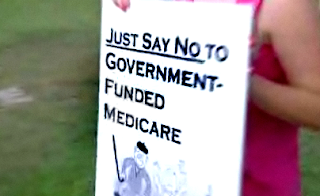 Whooops!, Guess that it's not normal for a elected official to keep his promises. I guess he must have learned secret information from Bush that explains why it's necessary. I hear that the secret information is "Once you're President you can do whatever the fuck you want"

Maybe he'll do it in the afternoon. It is Saturday, after all. Who doesn't put off their chores as they're enjoying the first day of the weekend. But then, if you put it off till Sunday than you really don't have that much time to relax before going back to work. Oh man, the choices the choices. 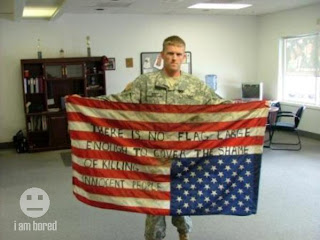 I suppose that the real fucked up thing isn't that he didn't close it, but that no one cares that he didn't keep that promise. It's also pretty fucked up that we all believed that he would. Oh well. I guess the real pressing question is, who will play him in the biopic: Will Smith or Denzel? Maybe Mos Def will be tossed into the mix. Just don't make it Cuba Gooding Jr. That guy acted as a retard in one film and well, that just opens the doors for tea baggers to make fun of them. I would take Tiger Woods over Cuba, but on the flip side I'd take Robert Downy Jr. in Black face over most of those choices.

I know, maybe we just need to give him more time. I'm sure in a little while he'll reveal his stealth progressiveness and oppose all the shit policies he has up to this point explicitly endorsed. I'm not trying to sound like a Lefty, but there's some really clear difference on what he said and what he's doing now. 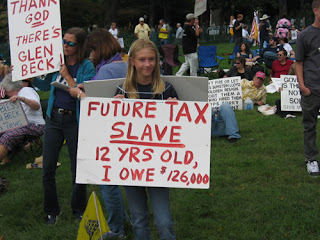 A few days after Obama's order to close gitmo, some voice on NPR said he'd be absolutely eviscerated by democrats if he didn't do it within a year. Guess not. On Wednesday Obama tells us the state of our nation. I can't wait to see him completely ignore the Guantanamo topic. Maybe in order to close Guantanamo he must open the hearts of the Americans.

I guess Obama figured out that once he was elected he gained exactly nothing from releasing 50 poor angry muslim dudes with literal Problems Caused Directly by the US Government but that he loses everything if anything close to 9/11 ever happens again.
Posted by Booster Gold / Javier J. at 1:33 PM