A Picture That Needs 1000 Words

A Picture That Needs 1000 Words

They say a picture is worth a 1000 words. It basically runs down to meaning that the picture speaks for itself. What is often overlooked is the fact that pictures aren't always as clear as they present themselves. Sometimes they need a voice to add a story to it. In this series of images I'll continue to show an image and give you some back story to bring out a new meaning to what your eyes are seeing. 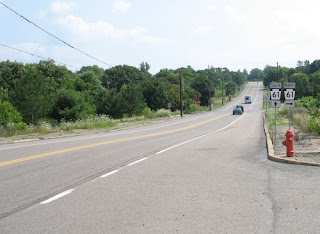 Normal empty road, right? Well, compare it to this picture of the same exact place in Northern PA. 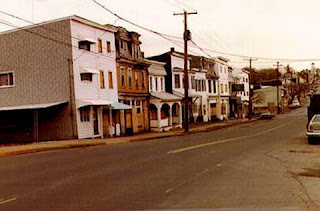 Centralia, PA. The story began sometime in 1962 along the outskirts of town when trash was burned in the pit of an abandoned strip mine, which connected to a coal vein running near the surface. The burning trash caught the exposed vein of coal on fire. The fire was thought to be extinguished but it apparently wasn't when it erupted in the pit a few days later. Again the fire was doused with water for hours and thought to be out. But it wasn't. The coal then began to burn underground. That was in 1962. For the next two decades, workers battled the fire, flushing the mines with water and fly ash, excavated the burning material and dug trenches, backfilled, drilling again and again in an attempt to find the boundaries of the fire and plan to put the fire out or at least contain it. All efforts failed to do either as government officials delayed to take any real action to save the village. By the early 1980s the fire had affected approximately 200 acres and homes had to be abandoned as carbon monoxide levels reached life threatening levels. An engineering study concluded in 1983 that the fire could burn for another century or even more and "could conceivably spread over an area of approximately 3,700 acres."

This town was the bases for the video games Silent Hill. So yeah, creepy shit.
Posted by Booster Gold / Javier J. at 8:32 AM