It has been a couple of days since the last episode of Battlestar Galactica aired and thus ending a great series. I have sobered up, frakkin drank my sorrows some more and then got totally sober again to make sense of it all. It may not have been pretty. It may not have been a neat little bow to tie off the series, but it did make sense and the more I think about it, the more I'm happy with the way it ended. Even if I'm totally lacking any religious beliefs in my system.

I keep hearing that there's still a lot of confussion going around about this series, the last episode and how everything was pretty much answered. Perhaps I could make it a bit easier to follow. Perhaps not. It's worth a shot and I have nothing better to write about today as I'm still recovering from too much Italian food. Hey, forgettaboutit, eh! 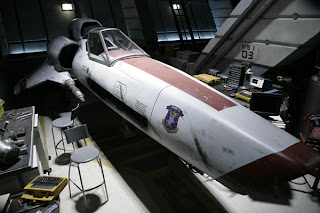 Let's break down the characters.
-Humans live on Kobol. They are normal humans. Well, as normal as one could be that keeps on saying Frak instead of FUCK.
-Cylons are robots created by man. They rise up and kill man. Often refered to as toasters because they make delicious eggos nice and warm.
-Skinjobs are cylons who are human in all ways but are robots.

The chronology starts on Kobol:

- On Kobol, humans create robots, and eventually skinjobs.
- Humans and robots part ways, humans found colonies, skinjobs settle on real Earth
- Real Earth cylons create their own robot servants
- Real Earth cylons create resurrection
- Real Earth cylons get nuked by their robot servants, the final five escape and travel to the colonies by that whole resurrection they created.
- Meanwhile, colonials create new robot servants
- Robots rebel against colonials, first cylon war
- Final Five reach colonies, attempt to placate colonial robots by giving them resurrection and more skinjobs
- Thanks to Cavil, it doesn't work. Final five get their brains wiped and sent to live among the colonials
- Colonies get nuked by their robots with help from the new non-final-five skinjobs
- Colonial survivors, led by BSG, flee to real Earth, pursued by Cylons
- Colonial survivors find real Earth, but it is nuked
- The events of season 4.5 occur
- Colonials, final five, and new skinjob rebels find a new planet led by Kara Thrace
- They settle on this new planet, call it Earth, and interbreed with the population
- Modern humans evolve from these interbreedings

Compared to many other things in BSG this is pretty well-explained and by the last episode it was well covered and everything was resolved. I guess. 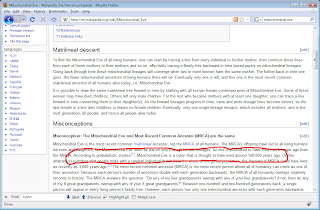 A lot has been asked about Starbuck. What the fuck was she? We saw her die at the end of season 3. She blew the frak up, right? How did she come back and what was she when she came back? Why the fuck did she vanish at the end? Well, the vanishing thing is easy to explain. I saw Penn and Teller explain it once. It's all forced camera perspective and mirrors. Apollo was probably in on it.

Perhaps it is easier if you nerds just pretend Kara was Gandolf of BSG. She was there to perform some duties. She died in the quest to find Earth but some higher power brought her back for the sole purpose of taking them to Earth. If you could swallow that pill in Lord of the Rings as to why Gandolf was alive and well and now wearing white for LOTR, why the fuck can't you swallow it for BSG? They pretty much said "God did it", just roll with the punches. She died and was brought back by whatever devine force they want to call God in the BSG world for a reason. She completed it and vanished into being dead again. Simple, really.

Sums up the ending, alright.

When it was all said and done, what about the ending? Was it just me or did they basically copy Hitchhiker's Guide to the Galaxy? Let's break it down to see if I'm on to something here:

Just replace Jimi Hendrix with What a Wonderful World and we're all set. Not that I'm complaining. I loved Hitchhiker's Guide. So much that I read it every couple of months. Since I also love BSG, I guess it's a perfect pairing.

What about the religious stuff? Yeah, I'm a pretty strong atheist, so perhaps I didn't really dig the whole God stuff all that much. I'm not one of those anti-religious nuts. If you're going to be a show about god, well, I guess this was and I should have realized it a long time ago. Several times throughout the series Baltar asked, point blank, Head Six "What the fuck are you?" and she's always replied that she's an angel of God. So color me surprised that she was actually an angel of God.

BSG and Religion? WHY I NEVER!

It's not like this is news. Galactica and Mormonism have had a lot of connections... Hell, the original creator of the classic BSG was Mormon. Perhaps it was only a matter of time before it came out to light. Besides, Ron Moore really made Deep Space Nine into a total religious thing and the ending to this screams Star Trek: First Contact. But then again, perhaps I should stop with the nerd talk, right? Let's get on with more religion!

In Jewish-Christian-Muslim theology at least 3 people -all prophets - have vanished into thin air. it is a "normal" concept. That explains the little trick that Starbuck pulled. Over all, I don't mind Jesus in my tv. The bible would be much more entertaining if it was treated like a simple novel. Though it'll still be a terrible read. 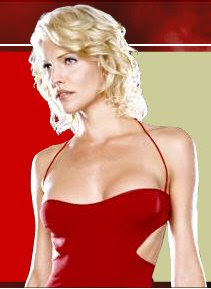 Move over Slave Leia, this is the new nerd fantasy

How about the far fetched idea of dropping all of your technology and living among cave people as Lee Adama planned it out to be? Well, perhaps it's not that crazy to think about. I still imagine it was a tough sell to try to pass on all those people who traveled to Earth with the Galactica crew. I could picture that conversation:

"Well, first thing we're going to do is shoot all our spaceships into the sun."

"Well, that's all well and good, but why can't we just leave the spaceships there in case we ever need them again?"

"Because we won't need them. We're going to make sure that all of our advanced technology goes with them."

"That's right. We're going to give up all our technology and become farmers."

"...You realize I'm an astrophysicist. What the fuck do I know about farming?"

"Okay, okay, this sounds stupid, but I guess if we band together..."

"We're not going to band together, we're going to scatter ourselves across the globe."

"To increase our chance of survival."

"Um, it seems to me our chance of survival would be best if we stuck together. How are we going to repopulate otherwise?

"We're going to frak the Neanderthals."

"No they aren't, these are cavemen. We can't even speak to them for frak's sake."

"Practice your grunting and your pointing."

"This is just... well, you guys led us here, I guess it's for a good reason. So we're going to give up every technological advantage we've ever come up with and try to live like our tribal ancestors who had an average life expectancy of seventeen years. Why are we doing this?"

"We're pretty sure if we don't, this will all happen again."

"Wow, okay, I don't see how living like our prehistoric ancestors is going to keep the remnants of Cavil's fleet from tracking us down, but I guess..."

"We're reasonably certain we can push it back past a hundred and fifty thousand years." 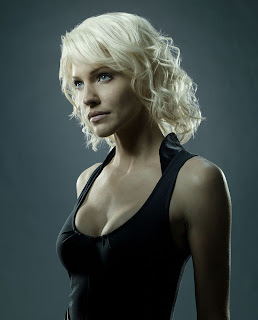 Then again, the ending with them throwing away thousands of years of culture and technology actually made sense and was the whole point. They managed to forestall humanity's destruction by it's own creations for 150,000 years by doing so. They broke the cycle, and we still haven't managed to destroy our planet yet. But give us time, I'm sure we'll get it done with on our to do list.
Posted by Booster Gold / Javier J. at 10:43 AM