So we come to the end of Bacon Stupidity Month. What is bacon stupidity month? It's the whole month of February according to Mike Nelson. Don't worry it'll make sense later. With the end of it I think that it's only fitting to put it on February since the shortest month of the year reflects perfectly that you'll have a shorter life span with all the bacon grease.

But let's not focus on the bad side of bacon for the time being. There's time for that in a little bit. Let's focus on how Bacon is a wonder meat. It comes from a magical animal. One so magical that most religions don't dare eat it. Why not? Well, I think that it'll make heaven look pale in comparison. Some say that pigs are way too closely related to humans for people to eat. I guess that just means I'm one step closer to being a cannibal because I'm not going to stop eating this beast. Just because men are called the Ultimate pigs doesn't mean it's actually true. Homer J. Simpson called the pig A wonderful, Magical animal. I'm sticking by his word on it cause he's Homer J. Simpson.

So why is this just a part 1? Well, part 2 will focus on some other aspect about bacon. I just wanted to focus on the food aspect of bacon in this one. Is that a little confusing? Well, no shit bacon is a food to be consumed, but the way it's consumed is not really what one would consider healthy. As you can see from the This Is Why You're Fat's website, it shows us that there's a far range of food that really shouldn't have bacon up with it. Lets focus on some of the stranger dishes Bacon has been showing up on.

I'm not one who hates meatloaf. I didn't have it enough as a kid cause I'm Mexican and would just have beans as my utility meal. It was one of the first things I learned how to make when I was about 9. But even my nine year old mind didn't think that this was a good idea. If you want to punish yourself you can try some Bacon-Wrapped Meatloaf With A Layer Of Mac And Cheese 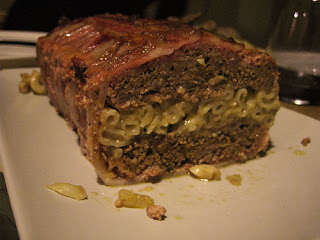 Bacon and cheese would make any Jew do some flips and run away. Well, it would normally be something delicious unless you went overboard and put too much of a good thing in one item. I know, I know. "Too much bacon? No such thing!" But trust me it can be as you can see from this Three bacon-stuffed grilled cheese sandwich... cheese, bacon and two four-ounce beefs patties. 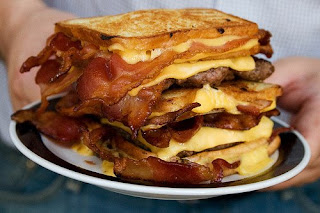 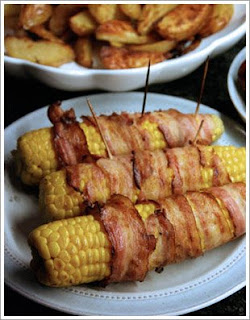 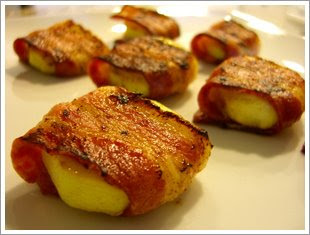 Now I'm not sure what the big deal with this is. For many years I would cover my thanksgiving turkey in bacon before I put it in the oven. It offered a lot of flavor and if you were stuck with the dark meat, it was nice to enjoy some crispy bacon with it. So I can't say anything bad about this Bacon Wrapped Turkey 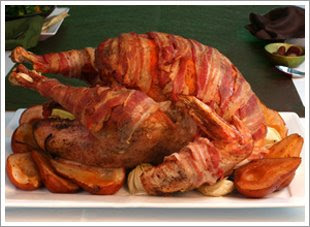 Did Oysters really need the bacon wrapping? They're pretty slimy, how do you even get one wrapped in the raw bacon to get it to cook? Very strange but that's porkin' that clam. Oh yeah! Bacon Wrapped Oysters. 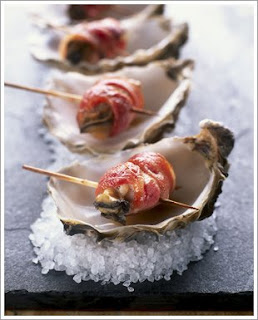 A new twist on bacon and eggs by having it Eggs in Bacon. Of course it's cooked in the bacon casing. I'm not sure how they pulled this off but I would like to try it. 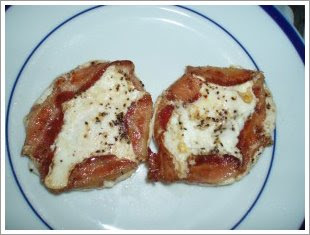 I'm not even sure if this one could be considered... anything good. It's a bacon wrapped... well.. you see what it is. I'm not sure if you want to actually eat it. Look at that thing.. EWWWW! 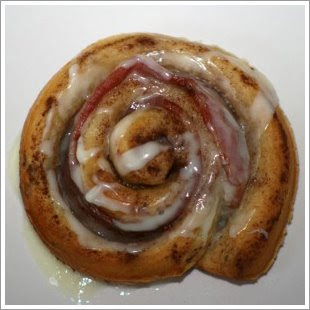 Check out this pork on pork action. Oh yeah. You know, bacon wrapped cased meat is something, as a Mexican, I know all too well. 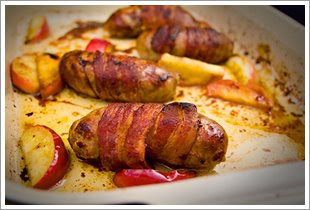 Yet another pig and pig action. Clearly there's a running theme. Maybe I need to get on this since we're even seeing cocktail weenies get the bacon wrap treatment 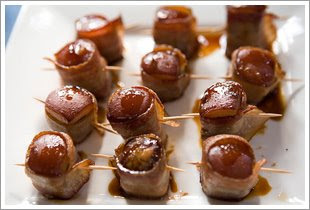 So hey. do you want to know a secret? With all this talk about Bacon wrapped things I went out and tried to replicate what I've seen on the streets of East L.A. That is, bacon wrapped hot dogs. You'll see them outside of nightclubs at 2am and there's really no better greasy food to soak up a long night of drinking. Bacon around a sausage.

I figured it couldn't be THAT hard, right? Get a baking sheet and put a propane lit fire under it. Wrap bacon around hot dogs and you got yourself something to munch on. 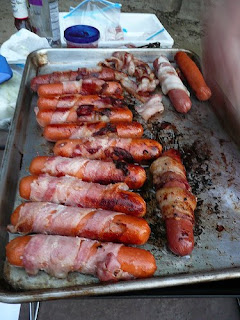 It got messy. Really really messy. I know now why it's not legal to cook these on the street. The bacon grease jumps like no one's business. The first few ones will stick because the baking sheet is in need of grease. I figured I would be "healthy" and NOT add more grease. So it took a few dogs to get the ball rolling. 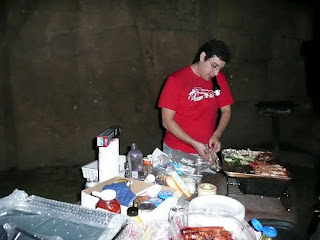 But once it got off the ground, the bacon wrapped hot dog making was A-ok. Towards the end you just add in the onions and green peppers and you got yourself a good BBQ experience that not everyone can claim they had. I cooked some bacon on the side to grease it up some more and to add more bacon on whatever hot dog needed it. 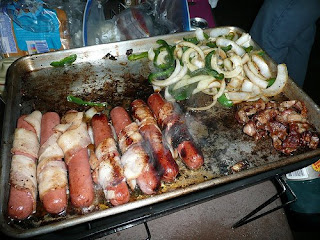 Now to turn to the ugly underbelly (not to tasty underbelly) of pork. The dangers it could provide. You see you have to be careful because If you inhale too much pig brains you'll get sick..

Over the following months, the number of cases rose to 24, and past cases of a similar condition were uncovered at a meat processing plant in Indiana. Doctors scrambled to find a common clue. Both plants were among a total of three in the country to process pig brains for consumption — and each of the 24 workers at the Minnesota plant worked in the "head table" room.

At the head table, pig heads were cut open and the brains forced out with a burst of compressed air. In the process — a process that took place about 1,400 times an hour — some of the brains were blown into a fine mist. Not everyone in the room got stick, but the closer people stood to the table, the more likely they were to be afflicted.

"When you're breathing in pig brain tissue, your body develops an antibody against it," said Mayo Clinic neurologist James Dyck, who helped treat the workers. Antibodies are chemicals used by the immune system to tag foreign bacteria and substances. "There's enough overlap between pig brains and human brains that it was a problem."

I have to say, pig brains sound like a tasty thing if you're a zombie meat eater. Toss them on tortillas with some lettuce, tomatoes, and a nice sauce and you have a good street corner taco stand. Inhaling, probably not so much. 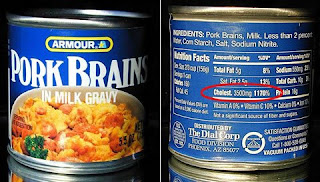 As if having 1600% of your daily cholesterol intake didn't make pig brains bad enough, apparently now you can get nerve damage from inhaling them too. I'm sure someone at OSHA had a field day with this.

Then again, if you think that's gross, then don't ever eat a hot dog. If you've ever eaten a hot dog chances are you've eaten pig brain. All sorts of 'mechanically reclaimed meat' goes into hot dogs. The brain is not one of those that is tossed out. Maybe that's a little too much info for you. I don't know. It shouldn't discourage you from enjoying hot dogs. Just don't ask how sausage is made. But enjoy your pork. 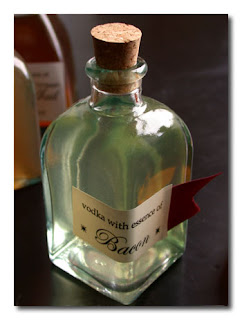