With memorial day out of the way and the issuing in of summer it means one thing. Wearing very little. Beaches, Bikini's, Babes and Booooooooobs! But before you put on that two piece there's a few things you have to remember. 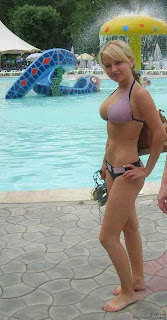 The first is that a study shows that bikini's make you look like a piece of meat to guys.

Sexy women in bikinis really do inspire some men to see them as objects, according to a new study of male behavior. Brain scans revealed that when men are shown pictures of scantily clad women, the region of the brain associated with tool use lights up.

Men were also more likely to associate images of sexualized women with first-person action verbs such as "I push, I grasp, I handle," said lead researcher Susan Fiske, a psychologist at Princeton University.

And in a "shocking" finding, Fiske noted, some of the men studied showed no activity in the part of the brain that usually responds when a person ponders another's intentions.

This means that these men see women "as sexually inviting, but they are not thinking about their minds," Fiske said. "The lack of activation in this social cognition area is really odd, because it hardly ever happens."

Evolutionary psychologists have proposed that women tend to look for mates who have wealth and power, so some of Fiske's colleagues have suggested running a similar test where women are shown pictures of men next to expensive cars or other affluent symbols.

But Fiske doesn't think such an experiment would work the same way, because women usually react to men they desire by "interpreting their minds, thinking about what they're interested in, and then trying to please them," she said.

But don't let that stop you. I seriously wont be complaining. Wait, I'm taken. I shouldn't be looking at such things! Yes. that's right. NOT LOOKING! Yeah, that's right. Sheesh, I have eyes you know! Don't worry baby, you're number 1 to me.

Ok, moving on now since I'm sure I'm never getting laid again, with this piece of info it's no wonder that with summer here, people are going crazy for that last minute method to lose a couple of pounds. Whatever you do, do not try The Red Bull diet... It's not one of those diets you should try to follow.

A 23-year-old Auckland mother who lost 45kg in eight months by drinking nothing but energy drink Red Bull says she has ongoing health problems because of the diet.

Brooke Robertson told the Herald on Sunday she shrank from 105kg to 60kg drinking nothing but 10 to 14 cans a day, often accompanying them with nothing more than a handful of dry Honey Puffs.

Ms Robertson said she put on weight while carrying son Keir, now four, but did not make a conscious decision to go on a Red Bull diet.

"I just started drinking it. I wasn't sleeping, I wasn't eating – I was exhausted," she said.

"I just continued to drink it because it's an appetite suppressant and I noticed I was losing weight so stuck with it."

Ms Robertson said she managed to keep her addiction secret from family and friends, and did not recover from it until after a two-week stay in hospital following a minor heart attack.

She said she has a heart murmur, gets severe pain and cramping in her stomach and bowel, and suffers anxiety attacks.

A Red Bull spokesman said there was "scientific evidence that caffeine is not addictive".

The drink was available in 148 countries "because health authorities across the world have concluded that Red Bull is safe to consume", he said.

I like how the article is predominantly focused on the diet aspects of the story, and not the fact that some nutcase drank nothing but Red Bull for 8 months. It's a terrible way to lose weight.. Well, I guess it gets results. Then again, she lost weight because she was taking in less calories than she was expending, althogh the quality of her diet was insufficient to nourish her over a significant period of time. Fascinating how that works. 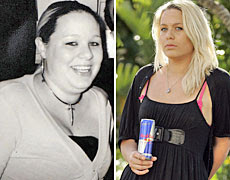 What shocks me most about that article is that they're actually saying that Caffeine is NOT addictive. Can we tell tha tto the billions of coffee drinkers around the world? I know sure as well, as a former addicted junkie, that it's actually addicting.

Then again, if she wants to do this to herself, by all means knock yourself out. Just wait until she passes the massive kidney stones she's likely developed because of her ridiculous levels of Red Bull consumption. Or perhaps she'll just drop dead sooner or later. I knew a guy once who was perfectly healthy, 29, had a heart attack after drinking 4 or 5 a day for a few months. 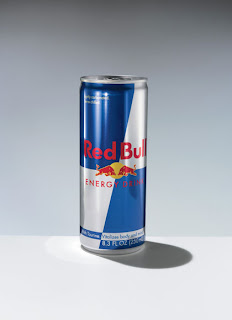 I'm surprised she didn't get rickets or scurvy or beri beri or any other vitamin defficeincy that you get from drinking on ly soft drinks for 10 months. Maybe she would have done better with 10-14 glasses of prune juice per day. I wouldn't mind reading the headline to that. "World's Rawest Anus Can't get a break!"

I guess it just troubles me on what some people will do to have control. Someone driect this woman to weight watchers. At least that's healthy weight loss. Red Bull and all these ridiculous energy drinks that have taken over the gas station fridges taste so gross to me. I don't see why they are so popular. Red Bull looks a lot like fizzy piss. Want to stop drinking it? Pour it into a glass and look at it. The stuff looks nasty. 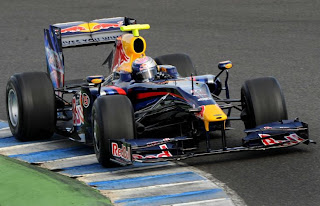 And as for health conditions, I don't get it. I once took Red Bull with Vodka. I didn't sleep for two days and my heart couldn't stop beating a mile a minute. Noooo thank you. I don't ever want to feel like I'm going to have my heart explode. I can't imagine drinking that shit nonstop for so many months.

So perhaps you should reconsider the crash diets, especially ones that are two steps above taking crack cocaine to lose the weight. I lean towards proper eating, a decent amount of working out and laying off the tasty after dinner treats that will add some junk to your trunk.
Posted by Booster Gold / Javier J. at 9:09 AM