Forget that Tuesday in November, the real super Tuesday is today! Why's that? Well, it's a day that many give things up, get fat with, show things off and then to finish it off we celebrate another year of Abe Vigoda being alive.

Fat Tuesday is upon us. In New Orleans it's a party of epic proportions. I was there a couple years back right after Katrina from the week before mardi gras celebration into just a little bit of it. While I'm sure the after effects of Katrina made it a more.... laid back venture, it was still very much a fun experience. I do hope to go back sometime soon. The place was very much an interesting, living, breathing being that was hard to describe and impossible to keep down. 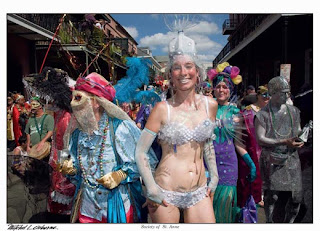 Eating a Beignet at the Cafe du Monde was a fun times. I walked around the remains of what used to be whatever it was before Katrina hit. I mean, I literally got there a couple of months after it happened. Prices were dirt cheap and they just wanted to fill rooms. I got a rental of a guest house equiped with tv and a pool for the cost of a very lower end Hotel room. That was a deal I was more than happy to take.

I'm a little surprised I didn't mention the whole beads and flashing thing earlier. I mean -I guess that's an important part to mardi gras, I think I've seen my fair share of boobs thanks to the internet here. Amazing how much information it could bring you. But the one thing it can't bring you is some sort of video footage of you on Girls Gone Wild. The amount of drinking that goes on during this festive event is off the chart. I'm sure a small country could all die of alcohol poisoning with the amount of booze they serve there. 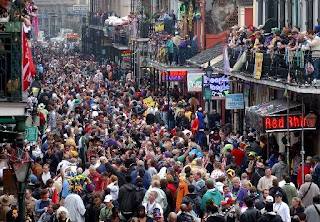 I suppose I should give you some back story to all this. Since it celebrates the final time for you to be wreck loose before God starts counting down how lucky you'll be. I think that's enough of the lead up, let's talk about the actual meat and potatoes that will be boiling over for another 40 days.

Fat Tuesday also signals that it's only 24 hours till the start of Lent. You know, that crazy religious time of the year when you give up something for 40 days to be clean of your sins. That and you'll see a lot of people with dirt on their forehead on Wednesday. 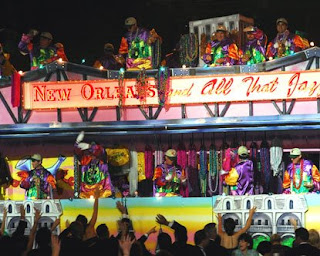 It also lets me know that it's only 40 days till my birthday and now I need to figure out what others may want for their Birthday, which this 40 days count down really does help me in making sure I get that done in time.

As a side note if you're not Catholic/Christian or know nothing about Lent, you may have noticed several restaurants are heavily advertising anything with fish. Followers of Lent are not supposed to eat beef or poultry on Fridays, but fish and clams are A-OK. Restaurants know this and they're appealing to this demographic right now. 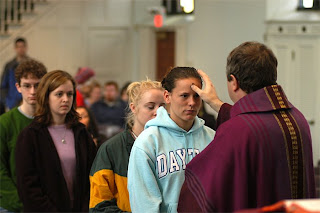 Church attendance may be up. But god damn can people actually dress nice for church anymore?

If you haven't noticed McDonald's shoving the Fillet-O-Fish back into the limelight, then you haven't been paying attention. Same with Wendy's, and places like Long John Silver's and Ivar's are banking on heavy traffic on Fridays. Even when I did believe in some God, I never followed this silly rule. It's like Jews and pork. Not going to happen.

I can see why the religion wanted to ban it. Hell, maybe it was just some sort of mass protest back in those times. Someone passed around an e-mail forward that stated "Hey guys, don't eat fish or beef on Friday" in defiance to high meat/poultry prices. The equivalent of the stupid e-mails you get about protesting a specific gas station company on a particular day to show them a thing or two about charging us more for gas! I don't buy it. 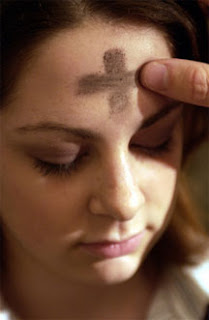 Add in that a lot of the whole restrictions of eating specific things was because they were risky. If you had a pork chop from a pig who wasn't refrigerated properly or treated, you were going to die. Or at the very least contract worms. So it's more of a guide to controlling you through your wacky religious beliefs. I'm not for that. Not even on just one day.

But not everyone celebrates Fat Tuesday. Many Irish folks practice Shrove Tuesday. Which is really a terrible holiday. Unlike Mardi Gras, Shrove Tuesday is about abstaining from everything for the day leading up to lent. The question remains, do you burn out bright for the big lent giving up celebration or do you go with the micks and abstain from enjoying yourself an extra day?

Finally, thanks to my Canadian Club Calender I know that today is Abe Vigoda birthday. Sure enough, he's still alive. I know, a little tough to believe but it's true. You know him best from The Godfather. Most of all, Abe has been on Conan since the early days of the Late show. I'm pretty sure most of everyone would have considered him long dead if he hadn't been on that show so often.

There was a lot of good moments in his cameos. Such as this gem.


Who would have thought that at the fine age of 88 Abe was still alive and well. Many already considered him dead time and time again. Hell, two years after I was born People magazine decalred him dead. Vigoda took this with a comical sense of humor even posing for a photograph showing him sitting in a coffin holding the magazine in a sort of proof of life image.


So run free, Abe. Run free on this, your 88 birthday. Hope you're having fun with it wherever you are in the wild.
Posted by Booster Gold / Javier J. at 6:55 PM