So it's time for the superbowl again. As a fan of television and not so much the game, I look forward to watching the ads that they come up with.. Only there's a small hitch.. it seems like there doesn't seem like a lot of companies want to advertise this year.

A week before Super Bowl XLIII, NBC is still in “active negotiations” to sell its last few commercial spots.

That’s why some advertising wags are calling Super Bowl 2009 the Economy Bowl.

This close to game time, it’s unusual to have any of the 67 time slots unsold.

The network, which will show next Sunday’s game between the Arizona Cardinals and the Pittsburgh Steelers, had no trouble getting takers for its record-high $3 million-per-half-minute spots — before Labor Day.

After that, sales fizzled along with the economy.

This year, notable previous advertisers, including General Motors and FedEx, have said they’re taking a break from the chance to reach 90 million to 148 million viewers, depending on who’s doing the estimating.

“A lot of advertisers are a little gun-shy,” said David Shoffner, spokesman for SpotBowl.com, which monitors Super Bowl commercials and viewer reaction.

“They’re thinking of the message it sends to their employees and stockholders who might view it as extravagant to spend a record amount when they’re laying off employees or cutting dividends.”

So this is the Economy Bowl when it comes to the ad dollars being spent. Which is a bit of a tragedy. I couldn't give a rats ass about the Arizona Cardinals and the Steelers are clearly going to win this game. So the only thing of any interest would be the commercials during the actual event. Otherwise it's better to just go out and do some shopping during the game. You'll be surprised how empty stores are. 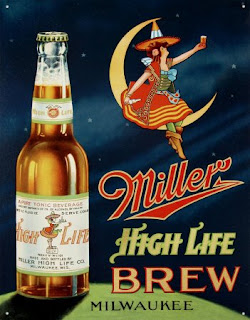 But no, I'll tough it out. In this hard economy you have to pick yourself up by your own bootstraps and watch whatever they're able to give to you. There will be those who embrace being cheap. One company doing this is Miller. A company who realizes that spending 3 million for 30 seconds is rather silly and decided to only put out for a one second spot

MillerCoors said Tuesday that it will premier a one-second ad for its Miller High Life brand during the Super Bowl broadcast Feb. 1.

The spot will focus on the brand’s current campaign that features the burly High Life delivery man who aims to reinforce the brand as a “good, honest beer at a tasty price.” MillerCoors notes that air time for a 30-second commercial during the game is selling for as high as $3 million.

“Miller High Life is all about high quality and great value, so it wouldn’t make sense for this brand to pay $3 million for a 30-second ad,” said High Life senior brand manager Kevin Oglesby, in a press release. “Just like our consumers, High Life strives to make smart choices. One second should be plenty of time to remind viewers that Miller High Life is common sense in a bottle.

And if one second of your life is wasted on anything better than this, I'd like to know about it! Then again, that's for their low brow label. I'm sure they're tossing money left and right for the ads for Miller Lite. So as ghetto as Miller Highlife is, I think I'll buy one from my local liquor market tonight to honor their one second dedication.

After drinking all that cheap booze, I bet you'd be more open to some wild experimentation. Perhaps you'll even dabble in.... dare I say it... Vegetarianism. Peta sure hopes so as is seen with all the controversy with their offering to the Superbowl ad pool.

But you wont see it because NBC thought it was too provocative. Either that or they're with everyone else in thinking that Peta is out of their god damn minds. I fail to see how this is worse than some of the GoDaddy.com ads. But its PETA so I could really care less about their complaining.

I have to admit that my boner dropped when I saw the PETA logo. How exactly does being a vegetarian make you better at sex? these people want to rename fish to sea kittens. They are fucking insane. They make any claims they can to get what they want. I'm starting to think joining PETA is just an excuse to constantly take your clothes off. I guess what Peta is really saying with these ads is exploiting animals - bad, exploiting women - good.

On the subject of sex selling. Hollywood loves to advertise during the big game. It's the best place to plant all your summer blockbusters in the middle of the media attention without looking like a huge attention whore.

One of them is my childhood government propaganda/toy commercial show that is being turned into a summer film. G.I.Joe. is getting the teaser released during Sundays big game and I'm sure you all can't wait. Here's a taste of the posters. 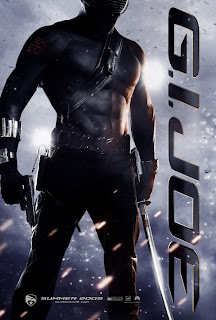 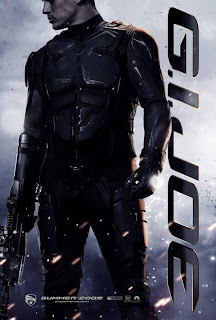 But I have to question the timing of when this G.I.Joe film is being released. After all, the Army suicide rate just hit a 30 year high. Clearly knowing isn't half the battle. Or at least not the half of the battle that keeps you alive. I'm sure watching a two hour circle jerk to our childhood will bring up soldier morale. Perhaps the real way to support our troops is to not send them to war in the first place... Maybe This is because Obama will repeal Don't Ask, Don't Tell.

When they say "support the troops" that doesn't mean people are going to like you when you get back. You won't come back and magically those millionaires that called you trash and never hired you to work for them, will all of a sudden throw bags of money at you and pat you on the back. In fact they probably won't even tip you at the TGIFridays you end up working at because no one else will hire you.

I'm not a military type of person. I don't like being told when to take a dump or when I'm allowed to eat. That's my choice! Not to mention who to kill. But this isn't G.I.Joe's fault. They only provided me toys like Captain Gridiron, a guy with footballs for grenades. Speaking of which, you mean to tell me that the movie doesn't even have that character in it? This superbowl teaser would have been awesome if he was in the film.

But I give G.I. Joe credit for one thing for influencing, my taste in babes... 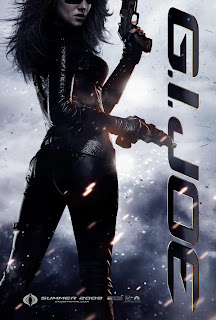 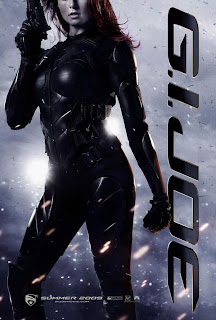 OOOOOooh yeah. These two shaped my childhood in so many ways. Scarlet and Baroness. One for a redhead kick and the other cause, well.. The Baroness is hot. Plain and simple.

So yeah. This blog has really been super in itself. It has went from talking about the down economy and how it is effecting the superbowl, cheap beer, Peta nonsense and then G.I. Suicide rates.. So much like the half time show, this is one big mess!

Miller High Life is NOT ghetto. It is, as they say, "the champagne of beers." AND it's cheaper than Mickey's, son! Hell yeah!! Actually, I quite enjoy it. I cannot tell a lie. And those ads ARE brilliant.

I'm pretty sure the PETA ad was rejected because this pro-life group, which had an ad featuring an Obama fetus (retarded!), put up a stick that PETA's ad was more controversial than their ad, blah blah blah. So we saw neither.

That said, PETA is stupid.

But being a vegetarian DOES make you better at sex...

Now you know. And knowing is half the battle.