This weekend is the Oscars and I really couldn't care very much about them. It comes as a surprise since I'm such an industry whore. It has just been one of those years that nothing really popped out at me as something I loved enough to see it get awards. Add in that Hugh Jackman is the host and you completely lost me. I really don't care if "really tall" Wolverine is hosting it. He may be the sexiest man alive. Then again, I'm not gay so again, I don't care. 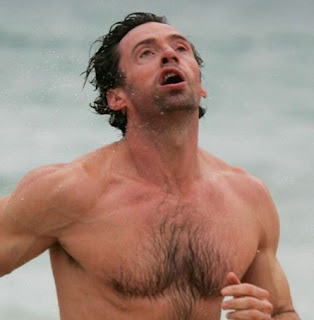 The Host of the show... Mr. Sexy himself!


If anything can be said about this years Oscars it's that it's the Coronation of Slumdog Millionaire. We all know it's going to win. It's such a non-brainer. But while it's clear that Slumdog will take home the prize, there's many folks screaming foul on the fact that other films didn't make the cut.

The Dark Knight is one of those films that is loved by one and all. While I loved the film, I did think that Bale's Batman voice has been god awful in every possible way. I'd say that Ledger's Joker was the best possible thing of that film. Without him, I'd have the same stance I do with Batman Begins. That is while it's cool to see once, I doubt I'll watch it all the way through again. Ledger did get the Oscar nomination for his role even though he's dead. So what's the problem here folks? The best part of the film got his due. 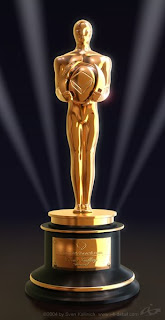 Little dude making all the noise

But then again, that's not enough for some fans who are now taking up the dumbest causes. The cause to make sure Ledger is the last Joker. They're demanding that Heath Ledger's role as the Joker be retired with him.

LONDON, England (CNN) -- A group of Heath Ledger fans have taken their reverence for the late "The Dark Knight" star to a whole new level.

Followers of the actor, who electrified audiences with his chilling reinvention of the Joker in the second Batman blockbuster, are calling for the character to be retired from the movies permanently.

Ledger supporters at new Web site, The Ultimate Joker, launched a petition last week calling for studios to remove the Joker from any future Batman movies. The petition currently has 2,431 supporters.

"We think Heath deserves this honor," the site's team leader, Fer Barbella, told CNN from Buenos Aires, Argentina. "He is the ultimate Joker.

That's an amazingly stupid cause to be fighting for. Don't get me wrong. Heath was an amazing Joker. Hell, I've been saying that long since before the Dark Knight came out and was still in production. I think they are just upset because TDK wasn't nominated in every Oscar category.

I wonder if we're also suppose to retire gay cowboys and Medieval knights jousting to modern rock? Besides, do they really think that they'll need to bring back the joker for the rest of the franchise? It seems like something that's a moot point and wouldn't be an issue. Now if they're talking about forever keeping joker out of any Batman film or show.. Fuck them in the ear.

Besides, cesar Romero is dead too. They should have retired the Joker years ago!

If anyone got snubbed in this Oscar race it was Clint Eastwood. Gran Torino may have been badly acted by everyone besides Clint but it was still a good film all around and had a clear cut message. Besides, shouldn't Clint get something for all the racist remarks he said? He didn't get a damn nomination.

Hell, Revolutionary Road may have been like awkwardly listening in on a couple fight for two hours and then find themselves at a very disturbing ending, but Leonardo DiCaprio was shut out of the best actor role. Kate Winslet, who I'm discovering is very much a beautiful actress even when she's not all wacky looking like she was in Eternal Sunshine of the Spotless mind. She, on the other hand, is more than likely going to take the Best Actress for the Reader.

Even more so is that Oscar snub is that many of the Oscar attending stars are being asked to avoid the red carpet.

A US report claims that publicists for some of the ceremony's presenters have been asked to instruct their clients to enter the ceremony's venue through an 'off camera' entrance.

According to the LA Times, organisers hope that the element of surprise may help to resuscitate viewing figures for the February 22nd telecast, which dipped to an all-time low of 32 million last year. It represented a 20 per cent drop on 2007 ratings.

The strategy to save more 'star power' for the ceremony has drawn complaints from several quarters, however. "If you show only half the people who are going to be at the Oscars beforehand on the red carpet, that's not a very good commercial for the show," photographer and WireImage co-founder Jeff Vespa told the newspaper. "How do you have the largest red carpet in the world and put less celebs on it?"

Which leads one to really ask why bother with a red carpet anyway? I really don't care about the fashion of it all. As if E! needed anything else to fill their station with. Hours and hours of pointless "who looked who" and "who was wearing WHAT?!" 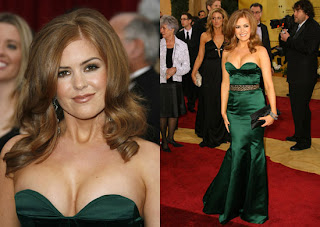 My advice, avoid Hollywood at all cost today. Highland is closed and the streets are going to be crazy all around that area. You'll really be the one who gets snubbed. Snubbed at getting anything done if you're stuck in traffic.

So I guess I should just do the whole "Who will win" bullshit and then check on the results later..

Here's my Oscar predictions: Everything about them will be boring and horrible and they will suck heartily. Pick that in your work pool. I don't care who wins best actor,Could not give a fuck less for best actress, and for best picture it's Slumming it cause it's a feel good film. 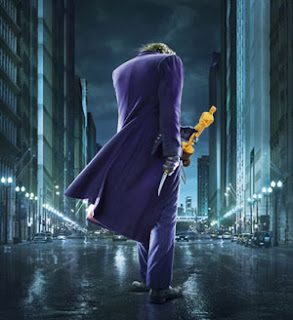 Paul Newman will be in the montage video with a bunch of dead dudes you don't know. Oh shit! It's that dude who was a gaffer on wizard of Oz who died! I loved that dude. He gaffed the shit out of some shit -Cowardly lion or whatever. He was gaffed as fuck. And now an era ends...

I guess I should write these down so you can have something to take into your pool you're betting money on with others with...

Best Performance by an Actor in a Supporting Role
-Josh Brolin for Milk (2008)
-Robert Downey Jr. for Tropic Thunder (2008)
-Philip Seymour Hoffman for Doubt (2008/I)
-Heath Ledger for The Dark Knight (2008)
-Michael Shannon for Revolutionary Road (2008)

Best Achievement in Cinematography
-Changeling (2008): Tom Stern <------ MAINLY BECAUSE I'M A LOS ANGELES WHORE! God, the look of the film blew me away
-The Curious Case of Benjamin Button (2008): Claudio Miranda
-The Dark Knight (2008): Wally Pfister
-The Reader (2008): Roger Deakins, Chris Menges
-Slumdog Millionaire (2008): Anthony Dod Mantle
And who really cares about the rest, am I right? So enjoy the Oscars. I'm sure it'll be shoved in your face for a long time. As for me. I may as well just get some sleep. I'm in much need of it after spending most of the morning with beef tripe.

HAPPY OSCAR DAY! Now go out and do something productive.