If You Have An Erection Lasting Longer Than 12 Hours, Please Consult A Mortician

If You Have An Erection Lasting Longer Than 12 Hours, Please Consult A Mortician

This is a cock and bull story if I've ever heard one. Especially given that it's from The Sun. I seriously don't know why I keep reading them.. I guess I do. It's for stories like this.

The women had bet mechanic Sergey Tuganov £3,000 that he wouldn’t be able to satisfy them both non-stop for the half-day sex marathon.

But minutes after winning the wager, the randy 28-year-old dropped dead with a heart attack, revealed Moscow police.

One of the women, named only as Alina, said: “We called emergency services but it was too late, there was nothing they could do.”

Nice effort, but he really blew it at the end. I would hate being a stiff after winning a sex marathon. At least he had a happy ending. His penis must have been sputtering dust and hot air by hour 10. Looks like his heart lost its load at the end there. All that sex must have been hard on him. This is a pretty fucked up story. They should erect a monument for him. 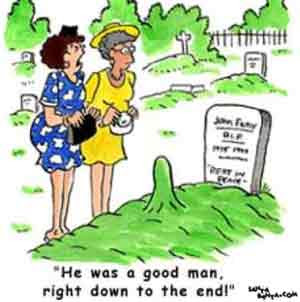 I bet his famous last words: "ahhhhh, yeahhh. ugggh". It's funnier if you imagine that the heart attack was due to sheer excitement. Too bad there were no pics of the ladies involved. I am imagining porno-standard eastern Europeans. The reality is probably something less...well, just less.

It doesn't specify how many pills, but the story makes it sound like he took a whole bottle of it in a 12 hour span. It's no wonder he died of a heart attack, 90% of his blood was in his dong. I am not sure how to pronounce his name, but it looks a lot like it might sound a bit like tuggin' off, which makes it even better. 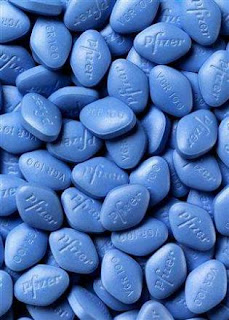 This didn't seem like such a half-cocked plan to begin with but there was clearly some holes in his execution. Taking that many little blue pills was not a smart idea. He would have lost his vision (temporarily) and suffered a massive (maybe complete?) loss of blood pressure as well as severe loss of cerebral cortex function due to the neurotoxicity of nitric oxide before he would of had a heart attack.

If you're wondering if he still has it, he probably still does. I'm wondering if rigor will keep it like that until it rots away, aren't you? Well it wont. Rigor goes away after a while. Also, this is probably the best way to go. Fuck 2 girls to prove them you can fuck for 12 hours non-stop and then just a couple of minutes of gloating, maybe drinking a beer, then you say "told you so" and drop dead. It's the best way to get out having to call the next day. And cuddling? Who'd want to cuddle with a dead body? 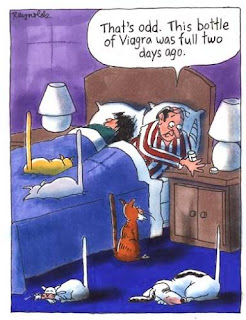 I'd say that now he not only wins, he gets bonus points. The kind of people who would make a 12-hour sex bet are undoubtedly jaded enough that someone dying at a party only makes it more "real." 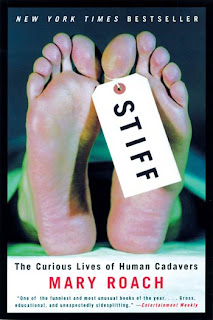 He's a fucking hero. Well... literally. I'd be satisfied if my death were as manly/awesome. I guess it's not as manly/awesome since he had to take performance enhancing substances. Maybe they should just put a little Astrix to his record.
Posted by Booster Gold / Javier J. at 10:44 AM

what WON'T they try?

first vodka, then the international communist conspiracy, and now overdosing on viagra...