This Michael Phelps situation is the stupidest thing

This Michael Phelps Situation Is The Dumbest Thing

It was stupid last week when I wrote about Michael Phelps smoking a bong, but now it just reached critical retardness as Phelps has been suspended from swimming and dropped from a sponsor.

(CNN) — Olympic hero Michael Phelps was suspended from competitive swimming for three months on Thursday — just hours after one of his sponsors announced it would not renew his contract after a photo surfaced of him smoking from a bong.

U.S.A. Swimming, the nation’s governing body for competitive swimming, said it was withdrawing financial support for Phelps and barring him from competition during the period of his “reprimand.”

“This is not a situation where any anti-doping rule was violated, but we decided to send a strong message to Michael because he disappointed so many people, particularly the hundreds of thousands of USA Swimming member kids who look up to him as a role model and a hero,” the body said in a written statement. “Michael has voluntarily accepted this reprimand and has committed to earn back our trust.”

There's also an interview where this self-righteous CNN bitch tries to make him feel terrible for unwinding with a few rips from a bong. She says, "I have to ask this because America wants us to ask you this because so many people look up to you... Michael Phelps, what were you thinking?" (she is dead serious, this is evidently not a joke). 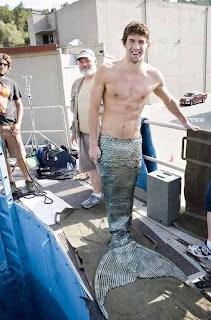 Personally, I'm disappointed in Michael, too. I'm disappointed in him for apologizing to these dicks. He won a giant fuckin' pile of gold medals and brought untold fame to American swimming, and now the media's making him out to be some kind of terrible criminal for smoking weed at a party. It's not like he robbed a bank or stole a car, hell, he wasn't even dealing meth or something else stupid like that. What he does on his own time is his own fucking business.

He should try to get citizenship in some other country, train like the fucking dickens for the next four years, and come out to the 2012 Olympics for the Netherlands or whoever and win nine gold medals. After he wins the last medal, he should jump off the podium and light up the biggest blunt anyone's ever seen, filled with the most expensive marijuana on the face of the earth.

I seriously can't believe this shit. It's like Reefer Madness just hit everyone

I mean, looking at Kristen Bell is pretty addicting but I'm not getting the munchies.

I guessing that they're pissed off because the stereotype of "weed smoker = sit on couch cheeto-eating loser" is being smashed pretty good. I'm sure we're all disappointed in Michael as he uses drugs while middle America takes some viagra so they can fuck their wives.

Who really cares about the Olympics anyway? And really, his career? He's got maybe one more Olympics in him if he's lucky, otherwise he'll basically become a coach or something in a couple years and that's about it. I can't believe he's going to miss out on the amazing February-April 2009 competitions.

And the sponsor that dropped him is Kellogg's. Honestly. Kellogg's, of all fuckin' companies.
"Dude, I'm so high right now. Pour me a big bowl of... 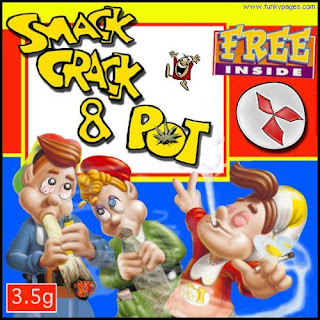 I suggest all you pot heads smoke up and call 1-800-962-1413 (Kellogg's) and PRESS 1 to "voice comments about our relationship with michael phelps." I called them up and I told them that I am glad they thought of the children, but they alienated thousands of responsible adults and that I will no longer be purchasing any of their products when I am craving some munchies. And if you're high right now and if you haven't listened to The Beatles in a while, do so cause they still are great forty years later.

I'm sure his new sponsor wont be all that butt hurt about the pot. Not to mention it'll more than likely be Doritos.

Perhaps this is all a lesson for Phelps. A harsh lesson about fame. Society builds up these heroes and act like they're hot shit but he's nothing more than their circus monkey, abandoned as soon as the audience finds a spot in his fur or some ticks on his back. No more dancing for peanuts, mikey. Nobody can make you dance anymore. 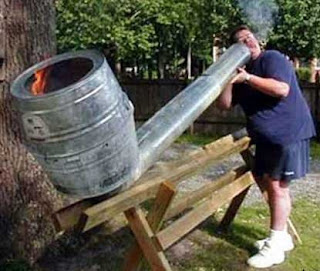 Someday I'd like to meet a person who is genuinely offended by personal marijuana use. It seems like the only reason to make it such a crime these days is about "protecting the children" or something. I'm sure these people will go on about how the gallows would be too good for him, bring back the rack!

So Phelps smokes, and he's immediately punished. Madoff steals 50,000,000,000 dollars and there still hasn't been a trial, and he's currently free to hide as many of his assets as he can. Good to see our priorities are straight. I guess only when the government can figure out how to regulate and tax the hell out of pot, they'll legalize it. But put your Phish cd's away, folks. It ain't gonna happen. I guess drinking and driving doesn't fund terrorism, and it's the accepted non-rock star crime of choice.

I don't get how some celebrities get the slide on the whole pot thing, but the media calls for Phelps' head. Why doesn't the media freak out about Willie Nelson or Snoop Dogg smoking pot? Yes, I know neither has won 8 gold medals and represented the US in the Olympics, but they're both mainstream figures. Doesn't it even register with these people that he smokes pot AND is the best in the world at what he does? 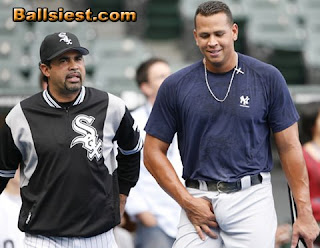 I ask how I could lose anymore respect for A-Rod...
That would imply that I had any to begin with.

But don't worry Michael, it looks like your media spotlight attention is coming to an end. A-Rod admitting that he took the roids is going to hog up the media's hungry attention for the time being.

Consider ESPN's Monday rollout of Alex Rodriguez confessing to steroid use. There are plenty of TV venues for celebs to get a much-hyped star close-up. But for anybody in crisis mode looking to put together an instant PR counterpunch, Rodriguez's tango with ESPN Monday was textbook.

After SI.com's report on Rodriguez's steroid use surfaced last week — quickly followed by a Bob Costas special on the new MLB Network, which suggested that MLB-owned TV won't have to be like state-run TV — the New York Yankees slugger agreed to an interview on ESPN. His only condition, says ESPN's Mike Soltys, was that Peter Gammons would do it — and the veteran reporter, predictably, did a solid job.

Which just makes me think that this whole pot business is even dumber. Unlike A-Rod, pot is not a performance enhancing drug. Much like the glory days of baseball with Babe Ruth, the athletes are actually showing that they are sooooo much better than us. 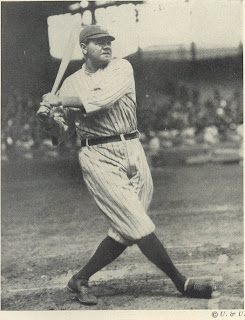 Babe Ruth would eat tons of hot dogs and drink a ton of booze and he'll still get out there on the field and hit tons of homers. He wasn't a role model. Not by a mile. But he got the job done. Not only can they perform amazing feats and outshine anyone in the field, but they could do it on substances that are downers. It's like beating you up with one hand tied behind their back. That's the ultimate in insults or showing that you're a total badass.

It says everything I would have anyway.
Choom it up, homies.
Posted by Booster Gold / Javier J. at 11:51 AM