With Valentines day weekend gone and over with, Perhaps you should be expecting the check in the mail come 9 months down the line since you just had to go and "do it." didn't you? Way to screw the pooch there... HA! again with another zinger!

Let's talk about getting knocked up for a bit. It seems everyone is doing it... then everyone is having the baby. (Ha, see what I did there?) But what's the backlash to it all? Are folks ready for that baby kick?

I know these two Youngin's with a brand new bundle of joy aren't:

BOY dad Alfie Patten yesterday admitted he does not know how much nappies cost — but said: “I think it’s a lot.”

Baby-faced Alfie, who is 13 but looks more like eight, became a father four days ago when his girlfriend Chantelle Steadman gave birth to 7lb 3oz Maisie Roxanne.

He told how he and Chantelle, 15, decided against an abortion after discovering she was pregnant. 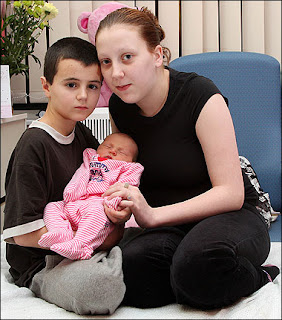 My only comfort is that at least we don't claim them as citizens. Every time I see that picture it makes me a bit nauseated than that octomom's swollen stomach. Then again, I know I'm not the only one who thought she mothered both at first. And the fact that I think that means we, as a society, have really fallen far.

Look at that boy's soul-less eyes. He already knows his life is over before it even started. Late night nappy changes, gonna have to get a job as soon as he can get hired. More than likely going to be a grandfather by age 26. Ah yes, the wonders of abstinence only sex ed.

“We didn’t think we would need help from our parents. You don’t really think about that when you find out you are pregnant. You just think your parents will kill you.” 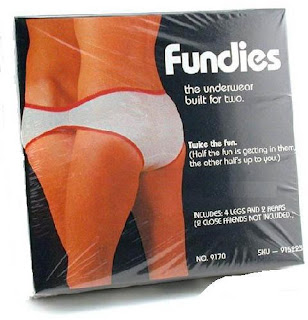 This is typically the cause of baby making. Sharing underwear.

And how could this story get any better? Well... Worse? Ask and you shall receive! Two more boys toss their coins into the ring in thinking they're the father!

Alfie, 13 made headlines around the world last week when The Sun reported that he was the father of 15-year-old Chantelle Steadman’s baby girl Maisie.

But since then, two other boys have publicly claimed to be the father of the child.

Richard Goodsell, 16, a trainee chef, told the news of the world he had sex with Chantelle at her home at least three times at the time she fell pregnant.

“I knowI could be the father,” he said. “Everyone thinks I am. My friends all tell me that baby has my eyes— even my mum thinks so.

“Only a DNA test is going to sort this out properly. If I am the father, I have the right to know.”

Tyler Barker, 14, also fears he may have fathered little Maisie.

“I slept with Chantelle in her bed about nine months ago and I’m really worried I could be the father,” he told the News of the World.

“I hope it’s not me. All my mates have been teasing me about it but this isn’t funny, it’s serious.”

That's right. This is one fucked up situation. Might be able to fuck up 5 or 6 kids' heads instead of just the two now, sweet. I'm just waiting for it to come out that alfie thinks kissing is sex and he never even got past 1st base.

I'm still confused as to why people still use "it has my eyes" as an argument that a baby is theirs. I guess it's cause courts allowed the use of this kind of evidence to help prove paternity into the 1990s. But still, babies look pretty damn generic. Get a blood test before you start claiming anyone.

The youngest documented mother gave birth when she was 5 years old. She never told who the father was, or how she became pregnant. She's still alive and living in Lima, Peru. This is her story. 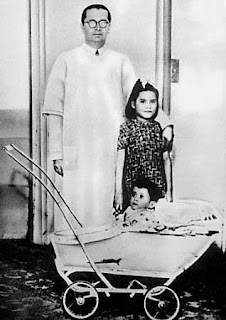 This image has freaked me out since the first time I saw it since the doctor is wearing hypnosis goggles. On that note, Precocious Puberty sounds like an adorable condition.

Then there's always the chick who had EIGHT babies, Nadya Suleman. But if I get on that topic I'll just be literally ripping my hair out in thinking that our tax dollars go towards paying for some women who is unemployed and continues to have child after child even though she can't afford them nor can even begin to give them the proper attention..

It just floors me that the Octuplets mom is more than likely going to get more implanted eggs because, hey, why not. She's sooooo crazy. Then again, she didn't get knocked up the traditional way, so I'll just save my rantings on that crazy bitch for another blog.

At least Bristol Palin has the right idea when it comes to teen pregnancy according to this interview:

So says Alaska Gov. Sarah Palin's 18-year-old daughter, Bristol, who told Fox News' Greta Van Susteren Monday night that the abstinence her mom preaches is "not realistic at all."

Bristol Palin, who gave birth in late December, described the rigors of being a teen mom, and while she wouldn't go into detail why it isn't realistic for guys and gals her age not to have sex, she did say it isn't smart to get knocked up.

"Everyone should wait 10 years," Palin said. "I hope people learn from my story.

"It's so much easier if you're married, have a house and career. It's not a situation you want to strive for."

She denied that her mother's anti-abortion views were the reason she went ahead with the pregnancy.

"It was my choice to have the baby," she said. "It doesn't matter what my mom's views are on it. It was my decision."

But telling her mom that she and her hockey hunk boyfriend, Levi Johnston, were to be parents was tough, she admitted.

"Harder than labor," she said.

I'm not going to give her too much credit yet. You don't have to get knocked up to realize it's not a smart idea to have a child when you're not ready for it. But at least it's nice to know that something that came out of Sarah Palin isn't a complete retard. To be fair, being smarter than Sarah Palin is not very difficult.

They seriously need to stop with this abstinence only bullshit though. Kids are having sex. It's the facts on the matter. Most of them are getting knocked up. Oddly enough, if anything, marriage seems to be the biggest inducer of abstinence.

Labels: babies, baby, knocked up, wont someone think of the children