Remember a couple years back when Janet Jackson's tit was displayed for the world to see on the 50 yard line? Well, this one takes it and scores the touchdown in terms of broadcasting bloopers.

US sports fans in Arizona got a surprise when their TV coverage of American football's Super Bowl was interrupted by a pornographic film.

Tucson-based KVOA-TV said it was "dismayed and disappointed" after some cable viewers had their match coverage disrupted towards the end of the game. The company said the material was only seen by viewers of one cable network. "KVOA will investigate what happened and make sure our viewers get answers," company president Gary Nielsen said.

"When the NBC feed of the Super Bowl was transmitted from KVOA to local cable providers and through over-the-air antennas, there was no pornographic material," he added. Comcast, the cable company whose viewers saw the material, said it was investigating. Local media outlets reported that they received calls from furious viewers.

The clip showed a woman unzipping a man's trousers, followed by a graphic act between the two.I just figured it was another commercial until I looked up," viewer Cora King told the Arizona Daily Star."Then he did his little dance with everything hanging out."

The interruption happened just after the last touchdown by the Arizona Cardinals, who lost the match to the Pittsburgh Steelers.

I like to believe that this was a bit of a premature dick slap in the face to the Steelers by an overzealous Cardinals fan. It's these kinds of thing that makes these events worth watching. Too bad it wasn't nationwide.

I dunno, guys. I'm gonna write it off as a wardrobe malfunction. No one could hijack a broadcast signal these days, the last time was during the Max Headroom days. Now that was a signal broadcast to remember! I can hear it now on news reports "Tyler Durden was not available for comment."

So what's all the talk about? See for yourself if you feel inclined to see a big dong on your computer screen. This is what comcast viewers saw.

I do not see the "graphic act" referred to in article. Unless shaking your dick back an forth is somehow an intimate two person game that I've just never been exposed to.

I know what you're thinking. Showing a dude's penis on-air during the Super Bowl is wrong. Their could be children watching. But it's kind of funny considering that a few years ago Fox was showing ads for not one, but TWO erectile dysfunction pills. This clip just showed that those pills worked! 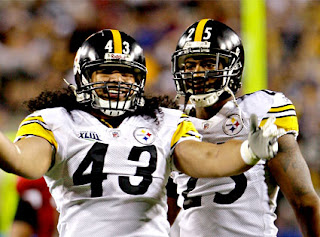 They're happy they won.. but sad they missed it.

If Comcast gets fined, then they'd actually have a reason for jacking up prices for a change. Fortunately there is no one with the authority to fine Comcast for showing obscenity. Criminal obscenity charges could be leveled against them, but that seems pretty unlikely since they were presumably not actually the ones who intentionally chose to show the material.

I could imagine the reaction by those with Cox cable who didn't see this; "Nuts, I was recording it, but alas, I have Cox!" It should have been Cox cable that made this mistake. It would have been more satisfying to have someone tell me they saw a cock while watching Cox cable. Forget getting rickroll'ed, this seems like the latest internet craze, DickRoll.

I think the question we are all thinking here is what was that clip from and where can I get the rest of the video? Well, as your answer man I can deliver on that. It is from Club Jenna's "18 'n' Up Wet Poons." 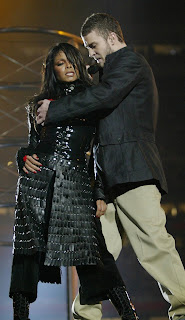 Really though, I guess the Super Bowl can't get around nudity during it's broadcast whether it happens on stage during the halftime show or not. I guess in a couple of years we're due for full on penetration during the game.

What's hilarious is that there are at least ten seconds before we actually see his junk where it's obvious what's going on and any responsible parent would have turned off the damn TV. The wife and kids must have thought it was another racy Superbowl commercial coming up.

Either way I still appreciate the humor in this. Some dude will undoubtedly be fired
Posted by Booster Gold / Javier J. at 10:58 AM