Following a weekend that saw Tylor Perry's Madea Goes To Prison top the box-office on the last weekend of Coraline in 3D, I'm left just shaking my head. But then again, I'm looking at this with tainted glasses. Madea isn't for me to begin with.

Tyler Perry's intended audience is the black version of The Blue Collar Comedy Tour's intended audience - lower-middle class, non-denominational Christian, socially conservative, and very committed to traditional gender and family roles. Also a lot of his humor comes from Southern culture, which doesn't appear to have a real analogue in any other country.

That specific demographic is obviously not what most movie makers want to appeal to. In appealing to it, he basically ensures himself a lot of dough irregardless because people in that demographic just typically feel disenfranchised by every other movie/filmmaker out there who doesn't put forth a "wholesome" message in all their movies.

The fact that his audience is the largest movie going audience in the country kind of guarantees profits for all his productions. He just built his own $100 million studio in Atlanta. 5 sound stages and a NYC back lot. He knows the audience he's catering to and they eat it up in the southeast for sure. 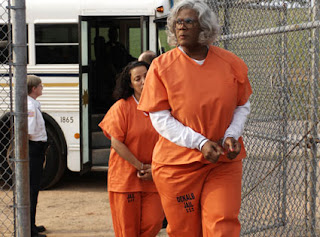 But I have to say, Men in drag hasn't been funny since Monty Python.

Then we go to beating a dead horse. Which I'm sort of surprised they could even reach given that it should be under a commercial jet engine. They actually made a sequel to Donnie Darko.

S.Darko, the sequel to Donnie Darko

Yes. That's correct. There's now a sequel to Donnie Darko that has nothing to do with Richard Kelly. It's coming straight to DVD/BD and that seems about a right place for it as ever. It's a film that's not needed.

None of what I just watched made any sense. Then again, I think I heard that after watching the first one. I'm not sure time travel is something a lot of people get any grasp on. I dunno, maybe my years as a comic reader and the wacky use of time travel just made it more acceptable but I get how time travel works. I understand string theory and hypertime isn't that far fetched. So hey, your nerd miles may vary? 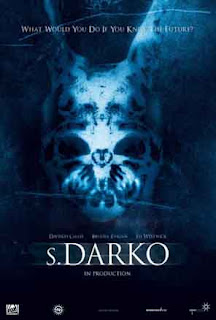 Despite all the nerd backlash, I still really like the first Donnie Darko (not the director's cut, which ruined it) but this looks absolutely terrible. I'll probably watch it even though it's basically the cinematic equivalent of a fanfic. At least they got the original actress, but holy shit, Daveigh Chase is 18 now? I'm old.

If the original was basically a surreal version of how it sucked growing up in the 80s, this one is going to be all 90s references? It looks like they took the original film and tried to turn it into your run-of-the-mill Hollywood horror flick. Say what you want about Richard Kelly, but he doesn't deserve this. Did the new director actually watch the first movie, or just see a trailer and read a plot synopsis. 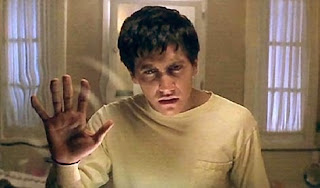 Maybe I'm just a little defensive about all this because I constantly got told that I had this sort of Jake Gyllenhaal look. I'm not sure if that was a good or bad thing considering Brokeback Mountain and all, but hey, at least I'm linked up with a dead Oscar winner, right? I dunno. I guess I can sometimes see it in older pictures. So having folks tell me "Yo Donnie!" was alright, but now with a shitty made for DVD film... I dunno, I may have to severe that connection by breaking my nose or getting reconstructive surgery. Nah, then I'll be like Mickey Rourke.

And finally in the world of shitty movies, a day before the Oscars, in an attempt to steal some thunder, the Razzies were announced.

WORST PICTURE
Disaster Movie AND Meet the Spartans ("Two Movies- One Berry Badly Beaten Dead Horse of a Concept!")
The Happening
The Hottie and the Nottie
In the Name of the King
The Love Guru

WORSE PREQUEL, REMAKE, RIP-OFF, OR SEQUEL
The Day the Earth Stood Still (referred to by the Razzies as "The Day the Earth Blowed Up Real Good")
Disaster Movie AND Meet the Spartans
Indiana Jones and the Kingdom of the Crystal Skull
Speed Racer
Star Wars: The Clone Wars

WORST DIRECTOR
Uwe Boll- 1968: Tunnel Rats and In the Name of the King and Postal
Jason Freidberg and Aaron Seltzer- Disaster Movie and Meet the Spartans
Tom Putnam- The Hottie and the Nottie
Marco Schabnel- The Love Guru
M. Night Shyamalan- The Happening


Want my picks for those? Fuck it, ALL OF THEM ARE AWFUL! I don't want to even remember any of those films. Thank you kindly.